Aslı Erdoğan: They see women as objects to be destroyed 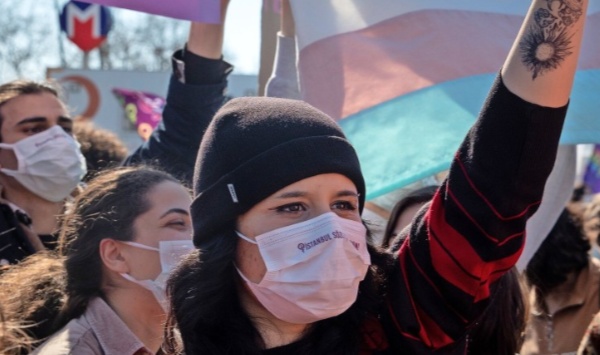 At novelist Aslı Erdoğan‘s request, we publish translations of an interview conducted by Karen Kruger, published on April 29 2021 in the Frankfurter Allgemeine Zeitung

Turkey has withdrawn from the Istanbul Convention on violence toward women. Writer Aslı Erdoğan explains what this means. A conversation on violence and the macho mentality in Turkish society.

• In 2012, Turkey was the first country to ratify the Istanbul Convention on protection against violence. This international treaty was devised in order to provide juridically binding norms in order to “protect women against all forms of violence”, notably sexual harassment, stalking and forced marriage. It was ratified by 34 States. Now, while domestic violence is on the rise. Turkey announces its withdrawal. What kind of signal is this for a woman in Turkey who is threatened by her partner?

Perhaps she reads the newspaper, in which at least one feminicide is signalled every day. She is probably unable to take care of herself and to leave. She may not even know precisely what the Istanbul Convention is about, but she may have heard it had something to do with protecting women, and that is now being withdrawn. She will feel excluded. I am sure many men see the withdrawal as a victory. It justifies their violence. A few days ago, a campaign was launched on Turkish social media: “April 12 – Rape Day.”

Yes, a group of 17 year olds wrote advising to go out and rape women. They told the police they had done this in order to become famous.

• This speaks volumes about Turkey.

Many men do not see women as human beings but as objects to be destroyed. How could someone be surprised by this? The Erdoğan regime resorts to disproportionate amounts of violence in order to control society. Society learns the lesson that violence is the only way to exert control and that the one in power has the right to dominate. As a result: more violence against women, children, animals. This latter issue should also be examined. 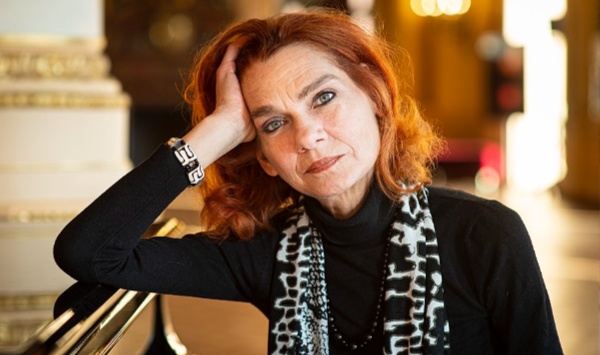 • The withdrawal will take effect on July 1st. Are there any protests planned?

There are protests almost every day. But the government – which in fact, consists of a single man – seems insistent about the withdrawal. He says there will be a new convention, an Ankara convention, more in conformity with Turkish values. But women have fully understood that, basically, nothing will change : this withdrawal is meant to deflate the women’s movement. Shortly following his announcement, several Kurdish feminists were arrested, and the Turkish Minister of the Interior stated that the PKK 1Kurdistan Workers’ Party was a women’s movement. This implying that a woman who fights for her rights may be considered a terrorist.

• What does Erdoğan have against women?

He and his supporters have a certain idea of what a woman should be. But as many women are different, he wants to corner them until they give up. A woman is supposed to be a mother or a wife. She should have a certain education and be allowed to work – after all, there is an economic crisis in Turkey. It is important that she be part of a family, this is the only way in which she can exist. The Istanbul Convention threatens this concept by demanding that the State protect all women against violence – whether they are married or not. I think this gets on Erdoğan’s nerves to the highest degree. For him, I am sure there is a question of honor involved in carrying out this withdrawal to the end.

This is one of his favorite sentences. I wonder what these values are supposed to be. In Turkey, the family means: the man is in charge. It is one of the main sources of oppression and violence. This is a concept the government wishes to preserve, a government that claims to be democratic.

Since the announcement of the withdrawl, 27 women were killed in Turkey. In 2020, there were at least 300 feminicides, and 171 women died in suspicious circumstances.

A Note from Kedistan • An essential website…
The feminicide countdown in Turkey: 2020: 409 women were murdered – For the year 2021, as of today April 30, the countdown already indicates 118 feminicides.

When women resist against the attribution of roles, they are often confronted by violence. By withdrawing, the government is also saying “we will no longer protect women who do not accept their role.” The Party denies there is more violence in society since it has taken power, and skews the statistics to this end. Personally, I don’t believe them. I also see a growing brutality. I just read about a man who doused his wife in gasoline and set her on fire. You come across a lot of such stories now. Often, women are beaten to death. Some authors of these crimes are so proud of what they are doing that they publish it on social media. Many murderers do not even spend a single hour in detention, especially if they have links with the AKP or with the extreme right-wing Party MHP. However, if the matter is mentioned in the media, there is often a sentence imposed.

In 2018, a prosecutor in Ankara had released the men who had raped Şule Çet, a student, then thrown her out the window of a housing complex. They were taken into custody only once the media and women’s organizations exerted pressure.

Of course, the media cannot cover everything. Especially events taking place in the countryside which often stay unreported. There, feminicides are often disguised as suicides or women are forced to kill themselves. There are regions where the rate of women’s suicides is ten times higher than elsewhere. In one case, the police accepted the version of a suicide although the victim had two bullet wounds in the forehead.

Note from Kedistan • Feminicides in Turkey, Le divorce ou la mort (Divorce or death), an excellent documentary on Arte (only in Turkish, French or German)

• Are all judges supporters of the AKP?

Most of them are definitely pro-Erdoğan. Under his direction, the judiciary system was modified in such a way that you could not really survive in it if you did not support the government.  But the macho mentality has always existed with the judges. We cannot say that this is an AKP invention, unfortunately.  However, instead of taking action against this phenomenon, the government promotes it. Some judges reduce the sentence if the accused declares that the murdered woman flirted with other men, that she sent a Like to a stranger, or that he found a message on her phone that attacked his manhood. These killers receive nothing but 10 or 15 year sentences of which they only serve the two-thirds. But when a woman kills a man, she usually is at risk of a life sentence. The circumstances of the crime are unimportant. Even a previous rape is not necessarily an attenuating circumstance.

Note from Kedistan • For futher reading:
“I’m Yasemin Çakal, I’m talking to you from exile…”

• Because of your work for the traditionally Kurdish  newspaper “Özgür Gündem” you were accused of terrorist propaganda in 2016. You were sent to Bakırköy prison in Istanbul, in the section reserved for Kurdish women, for four and a half months, before you were released unexpectedly while gravely ill, and left for Germany. Did you encounter women with such fates at the time?

One of my co-detainees was sentenced to an irreducible life sentence 2A sentence of life imprisonment with no possible reductions, it has replaced the death sentence in Turkey since 2002. Her lover had killed her husband and claimed she had incited him. She denies this and there is no evidence. Yet, she was sentenced this heavily, while he got away with a 10 year sentence. My observation is that sentences are very heavy, especially for the Kurdish women. One of them was sentenced to 33 years for   participating in an illegal demonstration. A man who kills his wife gets off more easily. This tendency will only increase with the withdrawal from the convention.

Poland has also signaled it intends to contest the convention. Other countries such as Hungary, Bulgaria and the Czech Republic have signed on but without applying the dispositions in their legislation.

In all places where populists and ultra-rghtists have won heavily, where ideology places male power at the center, women’s rights have become a war zone. They want to define what it means to be a woman and to have a family.

• When the convention was written in 20111, the word “genre” was still relatively innocuous. It appears 25 times in the text. The authors did not ascribe much importance to it; they were more preoccupied by the level of violence. Therefore,   they abstained from given it a precise definition. Conservative politicians across Europe now take advantage of this to state that the convention aims at abolishing the differences between men and women and normalizing homosexuality. Has Turkey used the arguments of this anti-genre lobby?

It is more than likely, the arguments are the same. Recently, demonstrations took place at the University of the Bosphorus against a new rector. They were used to criminalize LGBTs. There is a small LGBT association over there. It was closed down during the protest, but it was claimed that the members had sullied the image of the Kaaba – and other such claims…The Minister of the Interior then declared on television that the gay movement was responsible for the demonstrations. This thinking has often had a  strong influence in Turkey but no State representative ever went this far before. This is alarming.