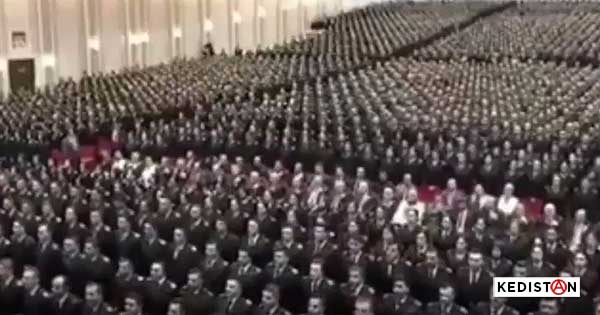 On December 29th last, a video recorded in March 24 2017 in a police academy (unidentified thus far) began circulating on social media. The video shows an end of training ceremony during which the police take their oath of office.

“Repeat what I say out loud:

This oath, the words of which are not those of the official oath, provoked strong reactions in public opinion, including from some policemen.

In fact, the official words of the oath taken by the police are: “I take this oath on my integrity and my honor, that I shall remain faithful to the constitution of the Republic of Turkey; to the principles and reforms of Atatürk, to the Turkish nationalism quoted in the Constitution; that I will apply the Laws of the Republic of Turkey, by being at the service of the Nation, by remaining impartial and faithful to the principles of equality; that I shall adopt the national, moral, human and cultural values of the Turkish Nation, and that I shall work for their progress; that knowing my duties and responsibilities to the Republic of Turkey which is a State of secular Right, democratic and national, based on Human Rights and the fundamental principles of the Constitution, I will behave accordingly.”

Following the reactions, the Academy “respectfully informed” the public  in a declaration, specifying that “thanks to the authority of the Ministry, findings were collected, necessary procedures begun and administrative measures taken” in this matter.

Moreover, on January 7 2020, Ali Kenanoğlu deputy for Istanbul from  the HDP (Peoples’ Democratic Party) brought up the topic at the National Assembly and submitted a motion with a certain number of questions to the Minister of the Interior, Süleyman Soylu:

Ali Kenanoğlu explains, “These horrific images seen on social media generated tremendous indignation in the public. What is this hatred and this ambition of revenge all about? Who is the enemy? On whom will revenge be taken? Police with the duty of acting in the legal framework will be seeking revenge on whom and why? Seeing these police men and women conceiving of their duty with such feelings of revenge make us question if they will be protectors of laws or outlaws.”

And yet again, precisely the day following Ali Kenanoğlu’s question, on January 8 2020, a lovely ceremony worthy of SS parades was proudly published on several accounts of AKP politicians or of their supporters.

We would rather share the publication denouncing this put out by Riseup4Rojava… You can see the same video on the former mayor of Ankara Melih Gökçek’s account. Of course, this oath was taken in Ankara, in his town, the one in which he lost the vote for city hall. This does not keep him from writing in all caps: “THIS CEREMONY IS THE FIRST ASSEMBLY TAKING PLACE IN THE LARGEST CONGRESS CENTER IN TURKEY (5 000 PEOPLE) WHICH BY THE WAY WAS BUILT UNDER MY MANDATE. OATH TAKING CEREMONY. IT GIVES YOU GOOSE BUMPS. WE ARE PROUD OF IT.”

And here is the translation of the following video. A slightly softer version, this time…With almost no revenge left.

This is neither a German Nazi party conference nor a scene from Star Wars but the swearing in of #Erdogan's police force:#Turkey#Fascism #riseup4rojava #WomenDefendRojava pic.twitter.com/vP42ifpukG

Finally, this is not exactly new…

Or again C’est pour mieux te massacrer mon enfant (This is the better to massacre you my child, an article about oaths in schools, published during the military operation called “Olive Branch” conducted against Afrin in 2018 by the Turkish army.

If we are to believe European political commentators, sociologists and “media experts” rambling on about the rise of the object known as “populism” the controversial contours of which they can’t seem to define, these “populisms” would carry with them the demand for strong powers, theocracies, democratures or dictatorships preaching neo-liberalism nonetheless, and a dogged defence of Nation-States in crisis.

From what we can observe, this means a radicalization of order and of its maintenance against social movements a bit everywhere.

In a word, fascisms are sprucing up. Visibly, the makeup kit is full of old traditions and historical dross. 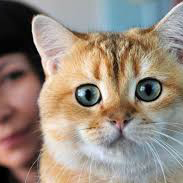