And the Ⓐ in all that?

The Ⓐ was purchased along with the store…

We could leave it at that, turn our backs on you, and jump over the wall. 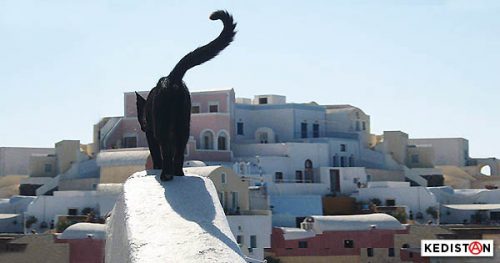 But it comes in handy because it’s the first letter in Autonomy and Alternative.

Just try writing cAt without it. True, those who manage write kedi instead.

We know perfectly well that this A disturbs some people, pushes them away, let’s face it… it just doesn’t look SERIOUS.

At one time, we thought of replacing it with the F of Figaro, the M of Monde, of Médiapart, the P of Point, even the H of Humanité… But in our eyes, that wasn’t very serious either. Why not combine A, F, et P as in Agence France Presse? Or a double A as in Anadolu Ajansı?

We do not claim any brand of “objectivity” whatsoever nor any “Master’s voice”, and even less that of an orator. So, bursts of pre-digested news or the Middle-Eastern Paris Match for the poor and the oppressed? Thanks anyway.

Perhaps it comes from a tAbu word that mustn’t be pronounced, one that is the bearer of a very long History and that has written several beautiful stories …that have been repressed since.

All of us are curious about what the Middle East, its crises and its wars provide as elements of reflection on the Nation-Sate and power. And in particular, we have an “Accord” with what the Kurdish movement (movements) are experimenting.

The topicality of the multiform “ecological and social libertarian” reflections outside all clannishness found in the ZADs in RojaAva have made us repaint the A in the sign so that it stands out better.

So this A finds its meaning and its seriousness in all that. If after this, you still prefer the M in mainstream, that’s your business…

As for the F in Feminist, or the L in LGBTI, you will find them in the content, not in the signage.

And if there’s need to specify the offical and unionized status of the “journalists” in the team, although not paid by the website itself, consider their status confirmed here.