Boğaziçi University • A promise of spring in winter? 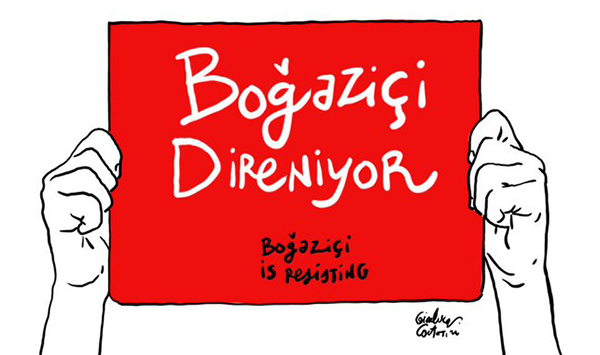 On January 1st 2021, President Erdoğan replaced a “rector” at the University of the Bosphorus (Boğaziçi) University in Istanbul with the nomination of Professor Melih Bulu as tutor-administrator.

Melih Bulu is an academic from outside the Boğaziçi community and was also a candidate for the Justice and Development Party (AKP) presided by Erdogan, in the 2015 parliamentary elections. He is thus a member of the seraglio.

This inappropriate nomination generated indignation among the students and the academics.

Students and several of the university’s student clubs campaigned on social media under the hashtag #kayyımrektöristemiyoruz (We do not want an interim president for a university under trusteeship).

A publication by Melih Bulu on Twitter, shared on May 24 2020 was back on social media. In it he denounced the loss of Turkey’s grey matter, calling it a “drain” and singling out Boğaziçi University with contempt, the very one to which he is nominated today: “The most important foreign brain drain is from Boğaziçi University”.

The banner below refers to this “opinion”:
“We are not the ones fleeing but you will be, Melih Bulu” 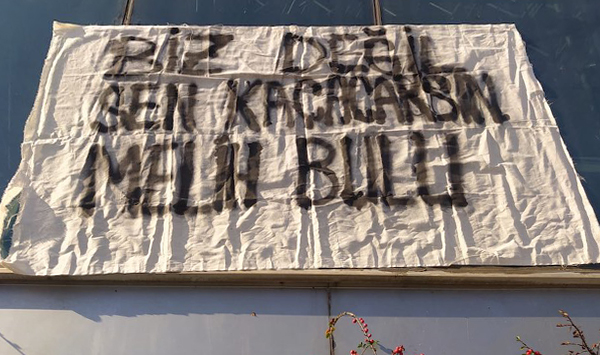 On January 4th, several hundred students protested against this imposed nomination in front of the Southern campus. Boğaziçi University was totally surrounded by a large deployment of police who attempted to keep the students from demonstrating by “handcuffing” the doors to the campus. There followed the use of gas, water cannons and rubber bullets… 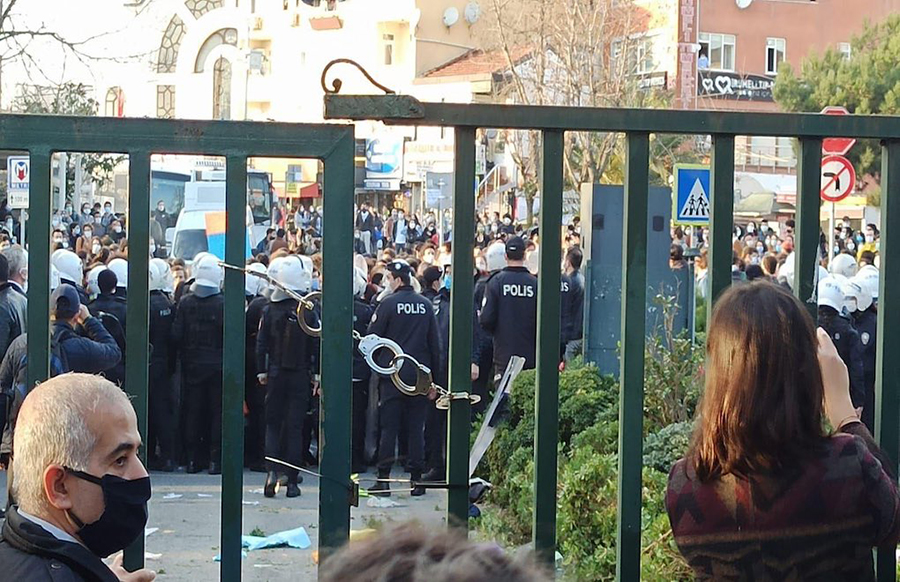 On January 5 arrest warrants were taken out against 28 persons who “had participated” in the demonstrations, for “violation of Law 2911 on meetings and demonstrations” and for “resistance to an officer on duty.” In the early morning, police conducted muscled raids in the homes of several students.

Seventeen students joined the fourteen persons who had been arrested during the demonstrations and were taken into police custody. Five others were also arrested later in the day. Thus, there would currently be 36 persons in custody 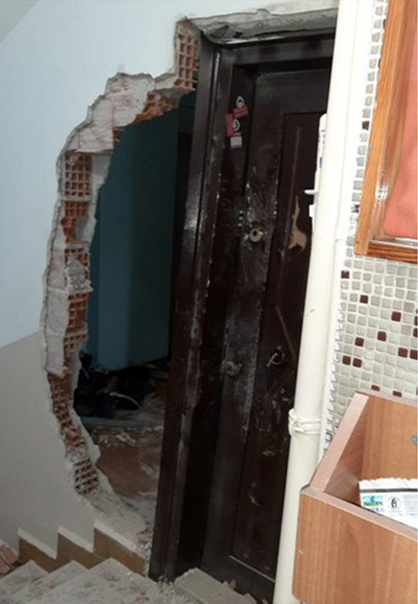 The door of one student, who was not home, was smashed by the police…

The government: “Not even students!”

The Deputy Minister of the Interior, İsmail Çataklı issued a declaration on the matter, underlining the fact that “only two of the 17 persons arrested are students at Boğaziçi University, the others are not even students” implying that “professional” activists would have “infiltrated” the protests. However, two of the detained students are truly from Boğaziçi and the 14 others are students from Marmara, Mimar Sinan and Istanbul universities, and one person not in face-to-face attendance.
Well, this is what is known as “solidarity among students”!…

The teaching staff is also angry

The students’ appeal was also supported by the members of the university who published a joint declaration on January 3.

We do not accept, we will not give up!

For the first time since the regime of military trusteeship in 1980, an administrator who is not a member of the university’s teaching staff was nominated on January 1st 2021 at midnight, as rector at Boğaziçi. This nomination fits in with the ongoing anti-democratic practices that have banished the election of rectors by the teaching staff and which keep on getting worse since 2016. We do not accept this nomination, as it flagrantly violates academic autonomy, scientific freedom and the democratic values of our university. We refuse to renounce the following principles, adopted by the Senate of the University in 2012.

In response to the arrests, members of the teaching staff at Boğaziçi University presented themselves in front of the office of the University president on the Southern campus. Turning their backs on the building and applauding as a sign of protest, they read the following declaration and called on the authorities to free the students taken into police custody.

Speaking to the students, professor Esra Mungan declared: “We will not give up. We are enraged, but we feel much stronger. Either everyone, either none of us…This country cannot continue this way. The struggle will go on. If this country knows happy days, it will see them with you.”

The protests are ongoing despite the arrests. The students called for a general assembly on the Southern campus for 2 PM today, January 6th. A demonstration/march is taking place on the shores of the Bosphorus in Istanbul.

The office of Istanbul’s governor has announced that demonstrations and marches are now forbidden in the districts of Besiktas and Sarıyer were the campuses of Boğaziçi University are located and the Istanbul governor, Ali Yerlikaya published a brief declaration on his twitter account: “Certain organizations and groups in civil society have called through the press and through social media for assemblies today in front of the campus of Boğaziçi University. Given the decisions taken by the Public Health Councils of our Besiktas and Sarıyer districts and given the fact the planned assembly could have a negative impact on efforts aimed at protecting society against the epidemic and in halting its propagation, all manner of meetings, demonstrations and marches have been forbidden in our districts. The Republic of Turkey is a State under the rule of law; all are equal in front of the law. We expect all our citizens to abstain from any attitude or behavior that would constitute a crime and ask them to act in good faith. Our security forces are always at the service of our peace and of our safety.”

“The State will demonstrate that it is the State”

As for Mehmet Ersoy, Deputy Minister of the Interior, he tweeted screen grabs from old social media posts by one of the detainees and declared: “You should be under no doubt on this topic: The State will demonstrate that it is the State.”

The student “awakening’ in Istanbul, on the grounds of a “nomination” from on high sends a positive note for Turkey at the start of 2021, especially knowing that a women’s movement of the “Me too” type is also developing. Vital forces, particularly among young people subsist despite the regime’s leaden weight and only wish to find room for expression. It is true that up until now, part of the young students from the middle classes chose exile when faced by the polarization of Turkish society, not to mention for the men in order to flee from military conscription, but the Covid-19 pandemic and the restriction of movement are setting the cauldron to boiling for this segment of youth.

The regime had largely taken advantage of the attempted coup d’état in 2016 in order to conduct repressions and purges against the University, combining into a single movement the “Academics for Peace” and the partisans of the F. Gülen Brotherhood, under the terms of “terrorists”. Thus was the academic staff drastically reduced. But the institution remains a bastion of resistance, much weakened undoubtedly and rather favorable to the Liberal Kemalist opposition.

Thus, this “nomination”, contrary to all acquired rules that are still defended, raises a problem since it seems to mean a systematic attack by the regime in order to reduce this final democratic pocket of resistance and put it under its sway.

This will to control and exercise a trusteeship over a University it still find disturbing could not but provoke a strong reaction and the ensuing police repression. Will this new year of 2021 see the spreading of a mobilization by youth? It is still too early to tell, but the simple fact it has occurred in winter is a promise of spring.