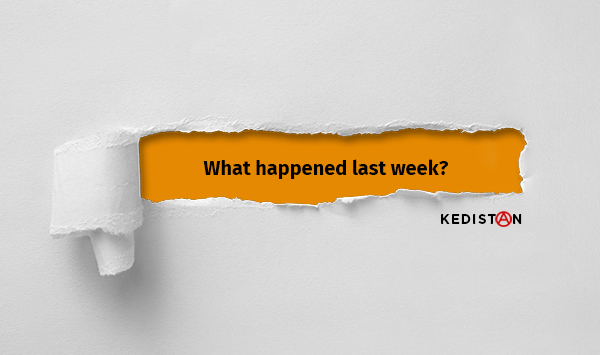 Videos from hidden cameras revealed that on May 27 2017, Gökhan Gündüz, a political prisoner in the Type F High Security prison of Kırıkkale began a sit-in in front of the canteen in protest against certain practices in the prison. Prison guards intervened. Gökhan Gündüz fell to the ground, his head struck the cement and he had an arm broken. 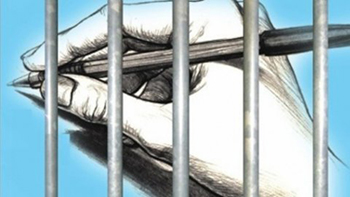 “January 10 – Active Journalists Day”: According to Reporters Without Borders, Turkey is in the 254th position among 180 countries when it comes to freedom of the press. According to the report prepared by (CHP) deputy Utku Çakrözer, 68 journalists were imprisoned for the holiday feast, 78 journalists were taken into police custody, 25 of which were incarcerated, 2 TV stations were shut down for 5 days and one station was shut down for 26 days following its opening. On the website Tutuklugazeteciler, the latest published report dates back to March 2020 and already lists 200 imprisoned journalists…

This does not keep Fahrettin Altun, Communication Director for the Presidency from declaring on January 10: “In our country, the domain of freedom of the press and of expression has been widened and made more secure in ways incomparable with the situation of 20 years ago.”

Tayip Temel, Vice president in charge of media at the Peoples’ Democratic Party (HDP): “There is not a single opposition journalist without an open file against him or her. The media is the sector most affected by unemployment. And those who are not unemployed work with no security and under political pressure.” 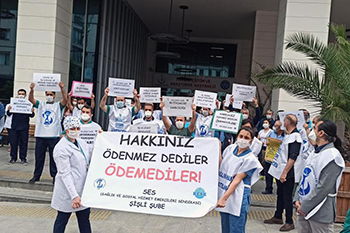 The Turkish Medical Union declares: “Anouncements by the Health Ministry to the media and to public opinion since the beginning of the pandemic stating that “all bonuses have been largely paid” do not reflect reality.” 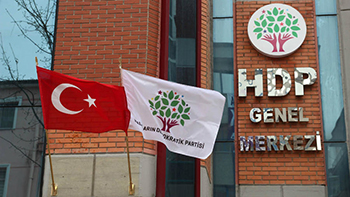 The Peoples’ Democratic Party (HDP) responded to the appeals made by Devlet Bahçeli , President of the MHP (Nationalist Action Party) calling for the HDP’s dissolution: “Bahçeli’s declaration meant to influence, pressure and instruct the judiciary authorities, is a constitutional and judiciary crime, we invite the judiciairy authorities to fulfill their duties.”

> Read on Kedistan :
The Turkish regime’s relentless will to destroy the HDP
Turkey • Who Wants the HDP to Disappear?
Will the HDP End Up on the Long List of Prohibited Parties? 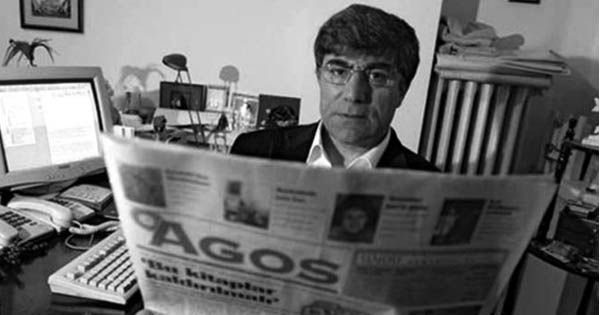 In the trial relative to the assassination of Hrant Dink, the editor in chief of Agos announced that following last week’s arrests of Veysal Sahin and Volkan Sahin, former intelligence agents for the Trabzon gendarmerie, their colleague Okan Simsek was located and arrested in Manisa for the same motive: they were informed of the assassination prior to it being committed on January 19 2007. 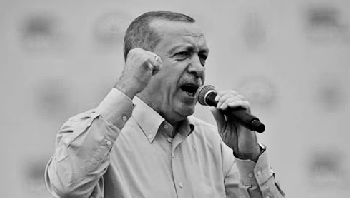 Recep Tayyip Erdogan, President and Leader of the AKP made a speech at a meeting with ambassadors: “We have abolished the impediments [the army is out of the way], paved the way for civil policy, and have achieved a revolution in our country. And the countries of the European Union are the ones who christened it “Turkey’s silent revolution”. 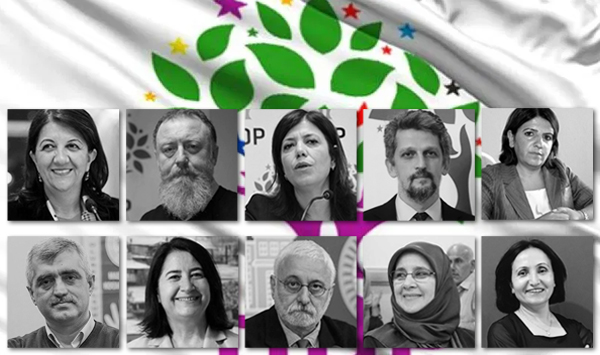 Requests for the lifting of parliamentary immunity have been prepared for nine deputies of the HDP: copresident Pervin Buldan, copresidents of the parliamentary group Meral Danış Beştaş and Hakkı Saruhan Oluç, deputies Garo Paylan, Hüda Kaya, Sezai Temelli, Pero Dundar, Fatma Kurtulan, Serpil Kemalbay Pekgözegü are accused of having belonged to the Central Administration Council of the HDP, during the “Kobanê events”1On the evening of October 6 2014, following 21 days of resistance by the Kurdish forces of the YPG/YPJ, ISIS Jihadists managed to penetrate into the town of Kobanê in Northern Syria. Given the ciritical situation, the HDP called for a country-wide demonstration denouncing the Turkish regime’s support for ISIS. During the protests that occurred in the following days, there were street confrontations between Turkish security forces and demonstrators in several towns. Soldiers, policemen, village guards as well as supporters of the Turkish Hezbollah attacked the demonstrators. The estimated number of persons killed, mostly demonstrators, is estimated at between 46 and 53. According to a report from the Association for Human Rights (IHD), 682 people were wounded during the demonstrations and at least 323 were arrested.As for Ömer Faruk Gergerlioğlu, two tweets from July 2019 are held against him for drawing attention to women imprisoned with their babies…

> Read on Kedistan :
The Turkish regime’s relentless will to destroy the HDP
Turkey • Who Wants the HDP to Disappear?
Will the HDP End Up on the Long List of Prohibited Parties? 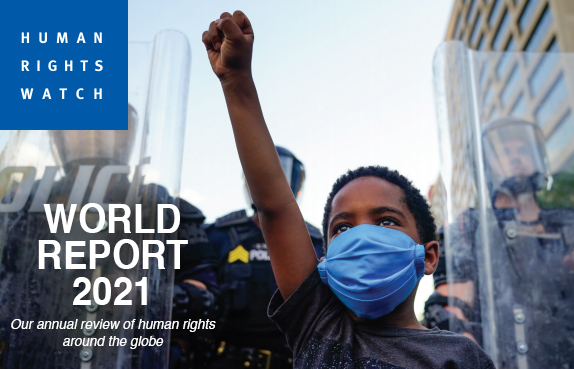 Human Rights Watch has published a world review for the year 2020. Under the “Turkey” chapter, the report insists on the oppression exercised on the press and on justice by those in power. 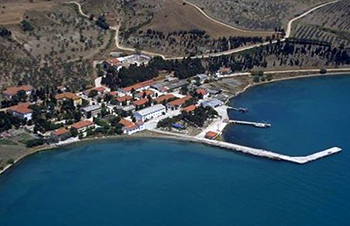 “The right to communicate with the prison of İmralı has totally disappeared.” Lawyers for the Kurdish people’s leader Abdullah Öcalan declared that no further contact has been possible since their last communication in April 27 2020. 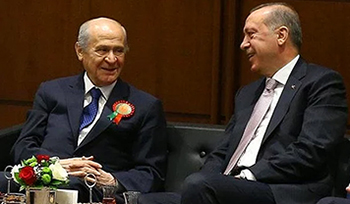 Devlet Behçeli, president of the National Party MHP: “I clearly declare, that no matter what the cost, the Republican Alliance will live on to the end. The thought of breaking this alliance can not even cross my mind, no matter what conditions may prevail.”

The Republican Alliance, “Cumhur İttifakı” in Turkish is an electoral alliance forged on February 20 2018 between the Justice and Development Party ‘AKP) and the Nationalist Action Party (MHP). 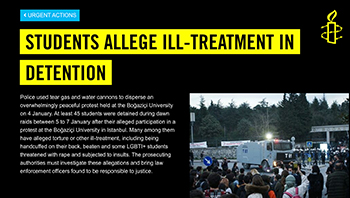 Amnesty International denounces the aftermaths to the demonstrations at Boğaziçi University in a declaration : “Police used tear gas and water cannons to disperse an overwhelmingly peaceful protest held at the Boğaziçi University on 4 January. At least 45 students were detained during dawn raids between 5 to 7 January after their alleged participation in a protest at the Boğaziçi University in Istanbul. Many among them have alleged torture or other ill-treatment, including being handcuffed on their back, beaten and some LGBTI+ students threatened with rape and subjected to insults. The prosecuting authorities must investigate these allegations and bring law enforcement officers found to be responsible to justice.”

> Read on Kedistan :
Bogaziçi University – A promise of spring in winter? 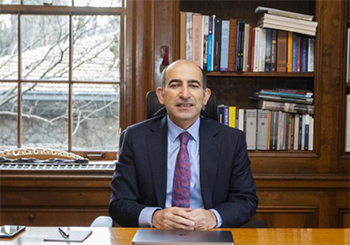 Melih Bulu, named Director of Boğaziçi University by Erdoğan in person, is a Ph.D Professor… But his doctoral thesis has received a lot of attention on teyit.org, an independent surveillance platform, which has looked into it. After a careful study: “For scientific research, the plagiarisms identified are problematic from an ethical point of view.”

Selçuk Özdağ, the vice-president of the Future Party (Gelecek partisi) was attacked in front of his house in Ankara by a group of five people equipped with guns and sticks. A few hours later, Orhan Uğuroğlu, correspondent of the nationalist daily Yeniçağ in Ankara, was attacked in the same way as he was getting into his car. Both men were injured but their lives were not in danger. A few days ago, Selçuk Özdağ engaged in polemics with the Nationalist Action Party (MHP). And recently Ayhan Sefer Üstün, also a member of the Future Party, suffered a similar attack.

Note: The young “Party of the Future” (Gelecek partisi) was founded in December 2019, in opposition to the ruling Justice and Development Party (AKP) by Ahmet Davutoğlu, former Prime Minister of Erdoğan, after they had parted ways.