Will the HDP End Up on the Long List of Prohibited Parties? 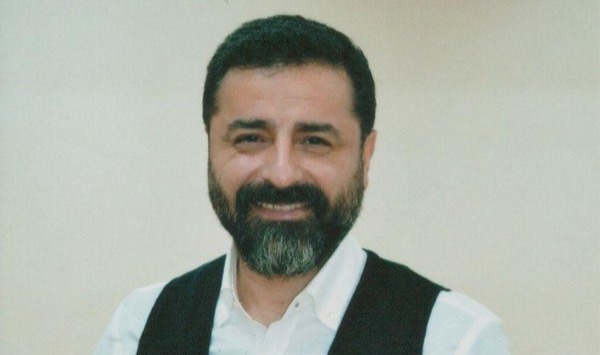 By the way: if Kedistan refuses to describe the HDP as being “pro-Kurdish” it is because we find this appellation very simplistic, as it ignores the social, political, environmental, feminist and minority representation aspect of this party which , along with the recognition of the Kurds, make it a unique and singular force. And this will never be said often enough…. Moreover, its democratic program is addressed to all in Turkey and its mosaic of peoples. It is not for nothing that it is called “Peoples’ Democratic Party” and not “People’s Democratic Party”!

Getting back to the news about the HDP, a party that is more than “pro-Kurdish”…

On the occasion of the publication of its road map, the HDP called precisely on all the democratic forces in the country to unite in a common front against the Erdoğan regime. This union of forces, suggested by the HDP is not an electoralist, small-minded political maneuver but represents a real invitation, possibly a last chance…

This appeal, no matter how clear and necessary, is manipulated of course on the pro-regime media and social networks. What is more, the TV stations and written media controlled or threatened by the regime, offer no space for HDP elected members and representatives to express themselves. It is indeed appalling to see politicans of every stripe interpreting the positions, actions and appeals by the HDP, in its total absence.

In light of this censorship, Selahattin Demirtaş, the HDP’s ex-copresident, who is still imprisoned, insisted on clarifying the terms of this appeal, via his lawyers on his Twitter account.

The HDP has not made any secret alliances for local elections, neither with the CHP nor with the IYI Parti. It has simply decided, unilaterally, to support CHP candidates in certain large towns so that democracy may progress. In all other electoral regions, the HDP has entered the electoral contest with its own candidates. The HDP is not a part of a “Nation’s Alliance”.

The HDP’s appeal to a democratic alliance is not an electoral complicity but a call to common sense, in order to create a future guided by democratic principles.

The HDP draws its strength solely from the people and it renders accounts solely to the people. For this reason, you cannot make the HDP retreat through attacks and oppression. If instead of seeing the HDP as “an enemy” you attempted a dialogue, it would represent salvation for all of Turkey.

And of course, as HDP, we must acknowledge our failings, our mistakes, with honesty and express clearly the objectives in the resolutions we propose to the people of Turkey.

On June 15 last, following this appeal, the HDP undertook a march called “Democratic March against the Coup d’Etat”. The march began with two processions, one from Edirne the town furthest in the northwestern end of Turkey and Hakkari located the furthest in the south-east. It will end on June 20 in the capital, Ankara.

The march had barely begun that it provoked the anger of the regime. At the first stopping place in Silivri, Istanbul district, the marchers were greeted by police and tear gas. At least 11 people, either participating in the march or among the crowd assembled in support, were arrested and taken into custody.

Henceforth, all demonstrations are forbidden in some ten provinces on the march’s itinerary. Yet, this peaceful march is aimed at making the HDP’s voice heard since it is muzzled by the media, and allowing it to reach the heart of the population, in order to weave links with organizations, associations, local stakeholders…

Having its voice suppressed is not the only oppression to which the HDP is subjected. The regime is conducting a veritable repression against it, using all means available, including ignoble attacks and slander aimed at the HDP, its elected members and representatives, or its supporters and sympathizers, on social networks, through thousands of accounts opened for this purpose…

Last June 12, Twitter shut down 7 340 accounts that served to amplify stories favorable to the AKP and supporting Erdogan.

Must it be reminded yet again that dozens of deputies whose parliamentary immunity was lifted in 2016 are languishing in Turkish prisons? Is there need to remind yet again that, for months now, HDP co-mayors, elected with large majorities, have been removed from office and replaced by administrators designated by the government, thrown in prison, and all their positive and popular work thus wiped out? Must it be stated again that, very recently, on June 5, the parliamentary mandates of HDP deputies Leyla Güven and Musa Farisoğulları were revoked and that they were arrested immediately? Leyla Güven was liberated 5 days later, but Musa Farisoğulları is still behind bars, and the oppressions continue.

Must it be said again that this Party represents an electorate and has the support of 6 million men and women, thus representing the third opposition Party? Acting as if the HDP did not exist is part of the methods and policies of the monistic, negationnistic and sick notion of Turcity and displays its full array of neurotic negations of all culture, maternal language and people other than the “Turk”, “so happy to be one”.

Turkey’s history overflows with dissolutions and prohibitions of progressive and leftist parties. As Hasan Cemal wrote , choking in anger in this recent colum:

“Give no right to life to the opposition.
Asphyxiate all liberties even more.
Literally cut off the voice and the breath of the Kurds.
Go on, what are you waiting for?
Shut down the HDP!”