Hasan Cemal • Writing these lines, I feel as if I’m chocking…

“Is hope haram1in Arabic, illicit, forbiddenfor us, is dreaming haram, is peace haram?

Turkey, a country of the cemetery of Parties…
A word to often written, hashed over…
Yes, but it expresses a reality.
State Coups…
Parties dissolved…
Gallows…
Torture chambers
Political prohibitions…
Politicians thrown in prison…
Exiles…
Our Republic is full of them.
In all, 30 Parties have been dissolved.

The result?
Has democracy arrived in the country?
No.
Has peace knocked at our door?
No.
Have we become a country of Rights?
No.
The “Kurdish Parties”
Forbidden and banished since 1989,
That have been dissolved…

All of them were removed from the scene, shut down.
Their doors were sealed , and then what?
Despite all the oppression, all the political carnage
The Kurdish political movement has continued preserving
Its existence, its liveliness.

Now, they want to wipe it out.
Its deputies are thrown in prison.
Its mayors are thrown in prison.
And warning signs of its dissolution
Are multiplying.
If you shut it down, what good will it serve?
Throughout the Repulic’s history
You have imposed on the Kurds
The worst of persecutions, oppression, denial of rights, injustice…
You have built gallows.
You have put human beings
Through torture chambers
Such as in the Diyarbakir military prison.
You made them eat shit,
Shit…
That was not enough, you destroyed their homes.
That was not enough, you burned down their villages.
That was not enough, you destroyed the Kurds’ hope for peace.
You obliterated all hope of peace.
They left without finding peace
They left in an absence of liberties.
That wasn’t enough for you, tell me, that wasn’t enough?
I ask:
For what result?
What did you obtain?
What has changed?

Go ahead.
Dissolve the HDP also…
Open the doors to even bigger gaols…
Open them wide…
Transform Kurdish towns into fire zones
Have them relive once more what they have lived already…
Narrow the political space even further.
Reserve the political space for yourselves only
Reserve it so that those who do not think as you do
Reach the point where they can no longer breathe.
Do not allow the opposition a right to live.
Asphyxiate the liberties even more.
Totally cut off the voice and the breath of the Kurds.
Go on, what are you waiting for?
Shut down the HDP.
As our dear Ahmet Altan wrote
In 2009 following the dissolution
Of the Democratic Society Party (DTP):

In shutting down the HDP, you who wish to set the country on fire,
In order to win elections,
Get this through your head:
Without roads leading to democracy opening up…
Without a widening of the spaces available for democratic politics…
Without any progress in the environment of liberties…
Nothing will change.
You will not obtain the result you are seeking.
Because we have already lived through all this in the past…
So much sufferings have been experienced that the day has come
When they have become the strength of those subjected to them.

Yes, I feel as if I’m choking
As I write these lines…
How distressing. 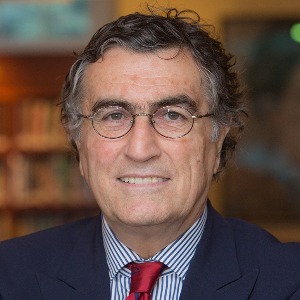 He has led discussions with prominent PKK leaders. He has recognized the Armenian genocide without finding excuses for it, a crime partly perpetrated by his grandfather Djemal Pacha, Talaat Pacha and Enver Pacha.

He is the author of several books notably on democracy, the Kurds and the Armenian genocide.