Was Alzheimer Turkish? I forget… 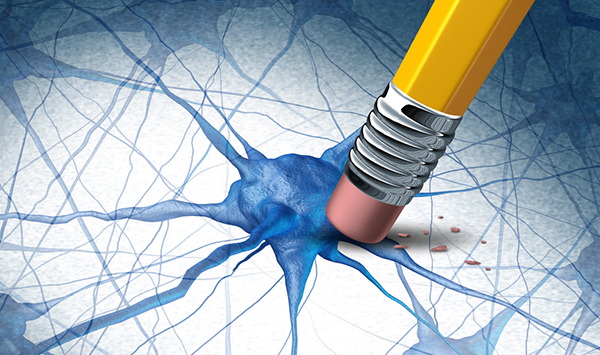 I think amnesia is the word you use also for those suffering from Alzheimer’s. In Turkey, amnesia has become a way of life, or of survival, and a way of governing.

But Alzheimer is not only a simple string of episodes of amnesia. It includes a loss of meaning, a crisis condition that grows from episode to the episode announcing the next. If Turkey was a person, on top of its permanent problem of repression leading to a generalized psychosis, you could say that as it grows older, it cultivates all kinds of memory losses, indicative of proven Alzheimer.

Oh, I just remembered why! I was piling the media rags of 2020 into stacks when it came back to me.

You know how there is always a week about something to sell or to blather about, the week of bed linens, the week of agriculture, the week of energy…Everybody has one of those in their country. For instance, once Women’s week is over, they hurry to make us forget it with the week of Turkish men’s strength.

Well, while I was putting away the rags, only in the three past months, I was able to make stacks of the Syria week, the gas week, the Libya week, the HDP traitors’ week, the Ottoman greatness week, the Hagia Sophia week… In short, a bunch of stuff I had forgotten since the last week of the “Armenian dogs” was barely interrupted by a temporary cease-fire. From the look of the latest edition in my hands, I have the feeling they are announcing a Cyprus week out of which I can make another stack.

News out of which you can make little piles tied with string before handing them over to Alzheimer. The only point they have in common is the sound of boots and of cocked guns. Have you noticed? From whence cometh I, in what condition do I wander?

The only news that stays in my mind through it all is the “happiness of being Turkish”. Because, ever since my earliest childhood, I was made to repeat this oath, over and over and over again. Here again, I’m surprised that this should be the only common feature shared by all that is happening. Now that I’m way over my eightieth year, I wonder.

There are at least two stable elements in my Alzheimer: Turcity and militarism, the nation and war…I’m getting better, I sense I’ll be able to go home soon.

But, I hesitate. Because there are also in-between stacks. Stacks of “domestic news”. Generally, you can classify them under “associated terrorism”. From the confiscation of the goods of a journalist’s who was forced into exile to the denunciation and displaying of this human rights defendor or that other one, moving on to the prohibition of a play interpreted in Kurdish, you can choose your headlines. All of them are “terrorists”. Where are the judges ! With this, we fall into voluntary Alzheimer. Or, if you prefer, the vital necessity for self-censorship….

So to refresh my memory, I read the “foreign press”. You know, the one that tells us about the beautiful secular Turkey prior to Erdoğan. And there, while reading articles that hover between anti-Turkish racism on the theme of things were so much better better and those who make a generous use of erasers when covering the damage caused by Turcity, I tell myself I had forgotten that Alzheimer can also be contagious.

I remember that Turkey is about to have just one century of existence. I remember that in the upheavals of the end of empire at its birth, in my mother’s days in fact, populations came from all over to repopulate this country which, in the midst of a world war, went on assassinating and deporting what was left of Armenians, Yezidi, Syriacs, then the Greeks, Jews, then… From my mother’s childood to this day, this country has always massacred those it calls its “minorities” and blamed “foreigners”. If my mother had kept her old newspapers and I had kept all of mine, they would ooze blood and millions of tears on my floor.

Take a history book on Turkey: Alzheimer. Even the word genocide is tabu. There is talk of crises, of national revolution, of the difficult childbirth of the republic. And we hide the amnesia under Atatürk’s astrakan bonnet. We don’t remember and we have been using the eraser for a century now. We won’t be celebrating the republic, we’ll be celebrating the eraser and those who use it so well. Alzheimer for all! And a dose of muslim opium at will! And for those still in doubt, a reminder of Ottoman glory. So much for the past and its commemoration!

The Ottoman washes whiter because he combines a desire for power, dear to our nationalists, and the Sultan’s nostalgia as he reigns on his people of Islam. And the sky turns blue, so does the prayer rug. I read somewhere that this was expressed in something called the “turco-islamic synthesis”. But others talk about it much better than I can. And I call again on all those in Europe still yammering about “the beautiful Turkey prior to Erdoğan” and invite them to read all that before talking about what they only know from their contacts with Istanbul’s Kemalist circles.

Nor have I forgotten that if our old-time soldiers, those that were known as “the Republic’s protectors”, always ready for a coup d’état, no longer blow their trumpets in the name of power, it is because the European Union helped Erdogan to remove them. Here again, Alzheimer strikes because that was less than twenty years ago, just as a certain suspicious coup d’état less than twenty years again was used again as an eraser.

And where are they now, our handsome be-ribboned and be-medalled ones? Some massacred Kurds in 2015-16, something they have always been adept at doing, then they made room for others still massacring Kurds, this time with the help of bearded ones in uniform in Syria. Removed from power, they are now integrated in the a more global militarization of Turkish society. That’s synthesis for you!

When I see Alzheimer applauding the victories of little “Mehmet” on our borders and well beyond, on what current neo-Ottoman delirium calls “our lands” I tell myself these permanent conditions of crisis end up erasing all conscience, all meaning to reality.

Here again, in Turkey because of the happiness of being Turkish, Covid-19 doesn’t only erase taste and smell, it erases memory also.