Question: “To be Turkish or not to be” 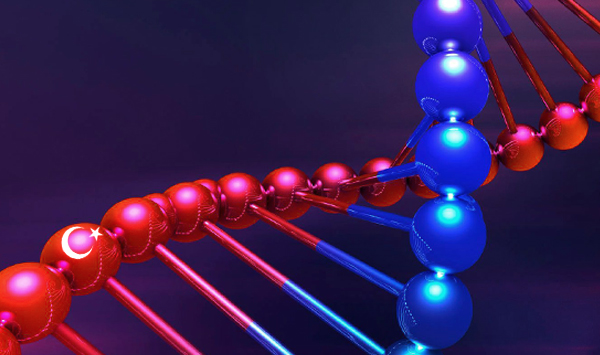 Pride and shame, like guilt, are defined as “self-conscious emotions”, implying a real question of evaluation relative to one’s self. They cannot be experienced any other way than through success and failures, actions and words and not from random and unchosen facts. One can be proud or ashamed, or feel guilty for what one has done or expressed.

As this is a matter of self-evaluation, one is passing judgment on the person one was yesterday, in the light of who one is today and this, although we are constantly in motion forward, toward the one we will become… The person continues on the road of becoming up until the final breath. All of us are the fruit of the road travelled.

Yet, each person is defined by what she or he is, the manner of being, acting and expressing the self. His or her belonging to a society, a system of thought, obviously shapes the being and the shame, the pride and the guilt are precisely located there, at the heart of the being. These emotions are not a “group” matter.

If I mention all this, it isn’t in order to practice sidewalk psychology or philosophy. I am far from being a specialist…But I am writing this article because I am undergoing a complete personal reflection having, I admit, reached the point of feeling a certain shame when using the words “I am Turkish”.

During new encounters, presentations, hand salutations (Covid imposed), smiles… in those first moments, my name having hardly been pronounced and along with my accent and my slightly exotic takes on French, the question pops up: “Of what origin are you?” the more polite ones ask.

I noticed that for a long time, I have been answering “I come from Turkey” and not “I am Turkish”.

Because, when speaking that second sentence, I get the impression of the nationalist slogan “happy is he who calls himself Turkish” attaching like a subliminal wagon to the rest of my sentence. As if I was claiming my nationality and feeling a certain pride in it…Of course, most of my interlocutors are thousands of kilometers removed from such a thought. But personally, I feel deeply embarrassed because I am not claiming anything whatsoever, I am not implying any nationalism and I certainly do not experience any kind of pride. If there was any pride involved, it would be in the fact that I know the Turkish language, that I know the culture of the lands on which I grew up and that I’ve managed to maintain, despite the years spent far away, a strong affection for friends and relatives who are still in Turkey.

Is it not a random event that I was born in a Turkish family in Istanbul? It could perfectly have happened somewhere else…

What happened after I was born in Turkey? I had to grow up, learn, open my eyes, understand, unlearn and relearn and, in summary, become the person I am now, still in the process of becoming…

Can one be proud of a country one did not choose as a place of birth? Of one’s “nationality”? As a simple example, how can one claim with that feeling of belonging that “mine is the most beautiful country of them all”, without even having left one’s town to see anything else? This pseudo “pride”, infused, maintained, encouraged, varnished with majestic glories, victorious praise, triumphant splendors, translates on the daily level into a lack of observation, a lack of logical comprehension, the absence of impartial and critical judgment. The whole then being poured into a kind of cauldron in which constantly boil along fear, negation and the desire to annihilate everything that is considered other than “us”, and proud to be this way… Is there any use in reminding that one of the most binding ingredients consists of populist intrumentalization of religions?

This xenophobic, racist, sexist, species-centered mixture overflowing from the cauldron with its sick “pride”, exhibits itself in aggressive, violent words and actions committed with dreadful self-arrogance, from a pedestal on which its authors place themselves to look down on the world of those they despise… They are the most legitimate, the proudest, the most respectable (and, in their eyes the most respected) in the world. And, obviously, the strongest too…

This embedded nationalist pride, this chauvinism, appears in other countries struck by the same illness all over the world, but let’s turn our eyes toward Turkey for a single example…

As was the case in previous years about AIDS, nowadays, we find the same discourse with the Covid-19 pandemic: “Nothing can happen to us, we are Turkish”. “Why? Are you made of steel, of concrete?” Mamie Eyan would ask. It’s the same mentality that points the finger to miniskirts on women as the cause for an earthquake, the LGBTIQ+ as setting off floods…

All this review under a leaden sky, is in order to answer the simple question: “What is your origin?”

Am I right not to allow myself the answer “I am Turkish”? After all, this is reality, isn’t it? And I know full well that I am not the only one to wrack my conscience over it. Because, you see, luckily there are many of us who do not drink this potion in the service of “fabricating enemies”, many of us in opposition and defending human and political causes, the legitimacy of peoples, women, gender identities, animals…For this reason, we are considered as “traitors” by Turks who are “proud to be Turkish”.

At the same time, I must say that it also happens – ahtough rarely, lucikly – that an offer of solidarity is not be greeted very “warmly”. It is demotivating and humanly hurtful to be considered by those directly concerned by causes as an “illegitimate intruder” because not belonging directly to that part of the public being supported. And this raises a question.

When defending the cause of animals, do you need to be a cow? Joking aside, we live in an upside down world in which solidarity, the struggle must be as encompassing as possible, at a time when there is talk of the importance of converging, of the interconnectedness of the struggles. There exist red lines not to cross, true enough, but is there really a need to compartmentalize in such a rough and stupid way? Because that would mean that a man cannot contribute to women’s struggles, a heterosexual cannot support the causes of LGBTIQ+, that a Turk cannot be in solidarity with another oppressed people…

Each group, community, society, people, would be condemned to defending itself alone? What a sad concept of solidarity only for one’s self…

Do not think I am speaking for nothing, in the abstract. This type of vision exists, as a minority, luckily. There was a time when I was publicly accused “for the fact of being Turkish”, of being “illegitimate” in defending the Kurdish cause and that any contribution I might make could only be for opportunistic, orientalist reasons, I will spare you the other qualifiers.

As a Turk who does not share the political positions others expect, I am sometimes “a traitor”, and at the other end of a scale just as nationalistic, I am “an opportunistic white colonialist”.

But I did not write this article in order to complain. Because, in fact it is the same exclusive nationalism animating both sides and the stupidity it conveys deserves to be questioned.

“So, am I “proud to have become French?”

In the same way, I cannot stand wrapping myself in a flag over here, nor marching under it, even for legitimate causes. And yet, I speak the language and live in a dual culture. The unfinished decolonizations here in France and the accompanying racism I find as repugnant as the Turkish repressed ones, the genocides and ongoing massacres against the Kurds. In both cases, nationalism stands in the middle of the road.

So, I belong to the community of women and men and the legitimate and just causes they defend, even if I was born somewhere and live somewhere. My lands are those that stain my hands.

And I know I am not the only one living an identity while refusing identity-based notions.