Turkey • Water in the gas line, and vice-versa 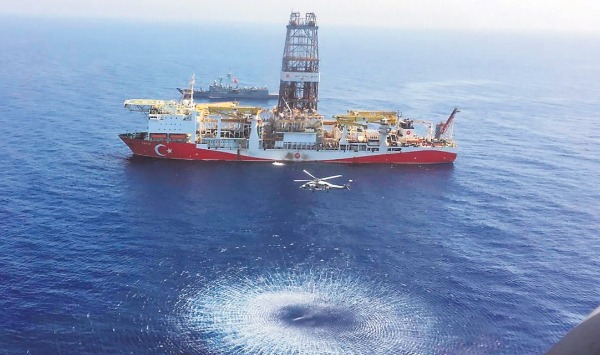 As if producing tomatoes in Turkey had made them free of charge at the market, Erdoğan is now promising all good Ottoman republicans a soon-to-be implemented free access to gas, once resolved a few little appended problems with Greece and Russia. Yet another promise for 2023.

Apparently, deeper in the expanding shorelines of our country, a fortune lies imprisonned like a Mediterranean princess awaiting liberation by her Prince Charming, preferably a mustachiod Neo-Ottoman.

Erdoğan provides an endless supply of justifications for his expeditions in Lybia, his little war on the islands and his bragging over Cyprus: all this is for the future of the Republic and itsTurks in 2023.

It’s enough to have you almost forgetting about the ongoing offical war still bombing Kurdish forces and populations in Irak and in northern Syria.

Gas is now present at every level in the republic’s ministries; if this continues, it will be installed inside Hagia Sophia too. It’s a smokescreen for the common people, a gassing for those who don’t believe the hype.

But what are the facts? And the mishaps…

Lately, eighteen warships, no less, served as escorts to the ship Fatih exploring for underwater gas reserves deep into Greece’s territorial waters, some 130km from the Island of Rhodes but less than seven kilometers from Turkey’s southern coast. An inheritance from a certain soon-to-expire Sèvres Treaty, with population transfers under Atatürk causing a certain amount of confusion of which the “Neo-Ottoman republican nationalists” are taking full advantage. Territorial limits are burdened with paperwork and so are their maritime extensions. The Greek navy is on to Turkey’s game. European “diplomatic circles” are “alarmed”.

Apparently, Princess Gas is at her most beguiling and evanescent in Chypriote waters, but a financial windfall is also possible off the shores of Lybia. Estimates mention some 5 765 billion cubic meters.

Erdoğan is willing to give others a piece of the action, as long as he gets the lion’s share. As the Empire’s heir, he considers the underwater princess should belong to him. And he’s being the most pro-active of them all, so as to avoid the princess evaporating.

No, I’m not trying to have you believe that Erdoğan’s martial diplomacy rests solely on a volatile product.

With Putin’s authorization – who he is the commander at Gazprom – an agreement had already stirred up the European Union, since, henceforth, an underwater gas pipeline, the “Turkstream” will carry some 31 billion cubic meters flowing out of Russia. Already, half of this will go to Turkey, the rest will travel on to Europe, thus avoiding that sore spot in Ukraine. We also find Putin – him again – already deeply involved in cooling our Reis’ fiery temperament in Syria, also in the Lybian caper, but this time, on an opposing team. Here again, I doubt all this is happening for the greater glory of diplomacy. Briefly stated, gas may not constitute a policy per se, but it certainly plays a part in it. 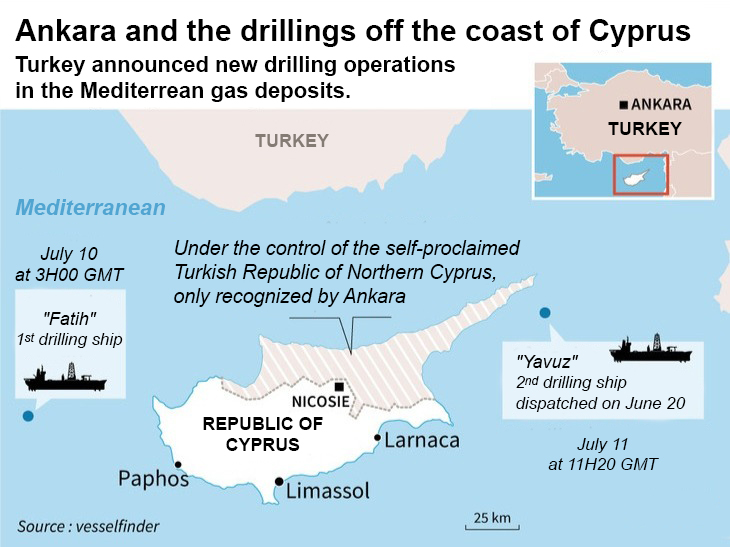 Looking closely at the matter, you note that since the opening of the 21st century, Erdoğan’s game of alliances and misalliances and his big and small regional wars have maintained him suspended above the great Nowhere ,and in a constant renegotiation of power relationships with everyone. And who remains our best ally at the end of the day? The European Union, out of fear of immigration, in other words, thanks to their xenophobic public opinions.

The noises over “human rights and democracy” are there to remind us of the military presence of Turkey, a member of NATO, on territories that do not belong to it, and the post-ISIS betrayal in Syria. Will those serve some purpose in a future story around big bucks?

As for the princess with the fake eyelashes – will she be the final adventure that will cut Erdoğan down to size?

After all, we won’t be going to pray inside Hagia Sophia so that the major gas groups can increase the pressure!