A break for kibbles at Kedistan 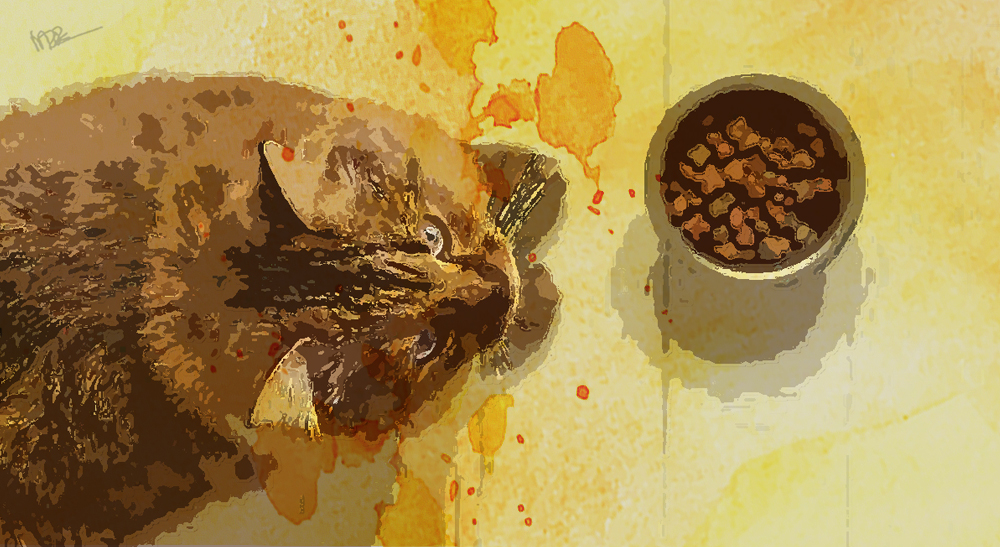 October 1st will mark the 8th anniversary of Kedistan’s creation.

From its inception, the magazine wished to be off-center, libertarian, far far removed from the jargon of activists, often overwhelming on “alternative” media sites.

After a few months of fine tuning in the tail end of 2014, the website became a buzzing hive of information on Turkey in 2015, at a time when, over there, the situation was rapidly evolving toward a fresh surge in the war against the Kurdish population, tempered for a while by the “peace process”.

At the time, the need was obvious to give voice mainly to the main parties involved, while offering here analyses resting on “specialists” on Turkey and the Middle East (“specialist” now being a word totally sullied by mainstream media). Publications varied between daily news and commentary.

Kedistan then concluded partnerships with a Kurdish news chain, and translated many articles drawn from the “opposition press” in Turkey.

At the time, in 2014, to paint a brief portrait, the only French-language information relative to Turkey was produced by the parrots of the Kemalist opposition, known over here as “social democrats”, the mainstream media and its “objective” correspondents, while other excellent journalists were snubbed by mainstream media, as were academics or researchers no one listened to, and a totally ignored Kurdish movement holding demonstrations to the indifference of all.

Kedistan “landed” in this context, and its tone differed from that of habitual political expressions, mainly because of its lack of “objectivity” which found a public. Over 4 000 daily French and Turkish language readers in 2015. This followed on strong daily support to the Gezi movement of preceding years, in which links had been established.

This network widened with the opening of the website and Kedistan then became involved in solidarity campaigns that received a strong hearing thanks to this audience.

But the team of volunteers, variable over the years, rests nonetheless on her historical creator, born in Istanbul, for the core of the material and its publication.

Eight years later, this core, resting on the links, the friendships, but also some enmities encountered along the way, maintains the publication’s orientation.

As a minimum, we consider indispensable the maintenance of an archive of 4 000 articles available to everyone.

Enriching it by widening the focus beyond the Middle East, also appeared meaningful, since we also had things to say elsewhere.

Enriching the website with poetry, with translated short stories, sharing these crushes, encouraged us to keep on going.

The rate of publication has changed. From two, sometimes three articles per day, we are now at four or five per week. With its English language version, thanks to our ant-like translator, that rhythm has also become more relative.

For one, during those 8 years, many things have happened with online publishing and the importance gained by social networks, and what they represent in terms of “digestion”. Other “friendly” websites, born during these same years, also realize that producing material for readership online is turning into a calling.

As pertains to Kedistan precisely, Turkey having been raised as a bogeyman by the right and the far right, out of sheer islamophobia, the general impression that too much is said about it already tends to keep the curious away. As far as we are concerned, ever since the failed coup d’Etat of 2016, the prison coverage has become all-encompassing, with a constantly repeating pattern of repression. Rewriting the same articles with nothing but a change of names is not terribly motivating. And we carry out those daily denunciations on social networks.

We have often refused to publish brief news items without commentary or analyses, and in keeping with the publication style of social networks, in a sensationalist mode. We have readers, not fans who ’like’ and even if this reduces the statistics, we are rather proud of the fact.

We must also add that with a parallel activity of two consecutive years of translation and adaptation of two works by Zehra Doğan and the fact our friendship with her leads us to collaborating now in support of her work, time runs short at times, and as a friend said, “even if Kedistan doesn’t publish anything, the world will go on turning”.

Thus, we do not feel guilty in the least of dereliction of duty. But we had the duty to our 30 000 readers, English and French speaking both, who continue to visit the website on a monthly basis, to let them know that this momentary “pause” does not augur of a future disappearance, quite the contrary, but of a new cat-life to come…

We maintain the “Kedistan tool“as well as its archives. We are fiercely committed to its remaining totally free of charge and with no advertising and with ease of consultation for our readers, even if this has a financial cost, covered up till now by financial et human contributions (all our authors are volunteers.)