Turkey • A President in a permanent state of war 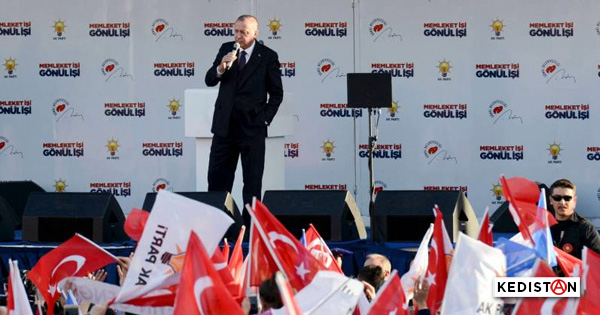 Even if planes aren’t about to fly out of the new airport, prices in Turkey take off three times a day.

We’ve been told there’s a “recession”. What does that mean?

“The Gross National Product (GNP) has shrunk by 3% in the fourth quarter of 2018 in an annual slide downward, according to the National Office of Statistics (Tüik) and by 2,4% compared to the preceding trimester.

Now, in the third trimester already, the GNP had shrunk by 1,1% which means Turkey has entered into a recession, a first since 2009. The definition of a recession is when the GNP decreases during two successive trimesters.

Turkish currency lost close to 30% of its value in 2018 but has stabilized since the beginning of this year. On Monday around 10 AM the rate of exchange was of one dollar for 5,44 lira.

Inflation was holding at a 19,67% annual rate in February, only falling under the symbolic 20% mark for the first time since August.”

Yet, I thought the famous GNP incorporated the weapons industry and the wars… In that case, what must be the state of the rest of Turkey?

But if you listen to Erdogan, complaining about eggplants and tomatoes is a form of terrorist propaganda spread by Turkey’s “enemy within”. “What is the price of a bullet”, he said, switching the subject over to his favorite militaristic pet topic, in one of his recent meetings, inveighing against shopowners who were affecting the troop’s moral through their grumbling.

He won’t be able to hide the two-month slide back for long, especially since it’s becoming an electoral argument for those fighting over the municipalities.

He is so involved in the upcoming election you would think he’s hoping to land the mayorship of Istanbul. He must be nostalgic for a certain kind of poetry.

I’m not the one who will complain he has forced the opening of some food markets at controlled prices. But in any case I think the fact the State forces cheaper sales, and especially during an electoral period, is akin to the AKP’s traditional distribution of coal bought with funds from the corruption, which used to be the practice every time the urn boxes came out, but this time, officially paid by the State.

I’m not the one buying tomatoes cheaper, this is about the State buying our votes with our money.

Besides, I say “traditional”, but the tradition persists…This year, they’re offering tea… Electoral vans came through my neighborhood recently. I lent a deaf ear when my doorbell rang.

So let’s talk a bit about this election.

Erdogan and the AKP’s obsession is to come out ahead and, especially, to be both the Ottoman and the Grey Wolf in modern packaging. It is also to rake in votes as the fruit of the “anti terrorist cleansing” and home-grown terrorism since 2015 in lands with a majority of Kurds. And there’s no dearth of nationalist candidates to help out, either through alliances or withdrawals. And some of those helpers can even be found in the opposition. When it comes to the Kurds, calling out “Help, Mustafa Kemal!” is the rule…

Since Erdogan has purged the last public toilets where the last remaining Gulenists might have found shelter, even at the cost of inventing some, he has nothing to fear from that quarter. He’s pocketed the bigots, to the last one. And since God is responsible for the growth of tomatoes, the natural cycle is complete.

Recently, in one of the meetings, he pulled the “be quiet, Madame” number again at a woman who was complaining as I do. No one knows what has happened to the madame since then…

So this election is already played out on paper. And the shady dealings are nothing but haggling among the lesser powers. These are authorized thanks to the constitutional changes welcomed by the President. This local farce being the first since the total presidentialisation of the regime that has transformed it into Erdogan’s personal business. 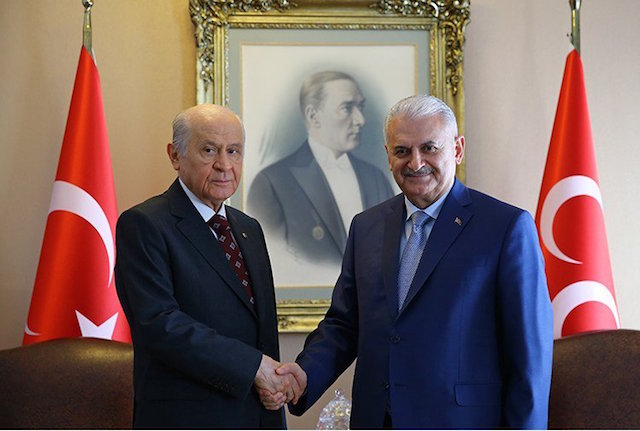 The HDP, almost the only opposition party, is fighting against arrests, prohibitions, pressures for alliances, and its best representatives are in jail. They would be best not to imagine that Leyla Güven, fighting with her own body on hunger strike, will influence the electoral results.

All right, should I talk to you about the fight on International Women’s Day? At any rate, the police was out in droves. Beatings and arrests. And if I hear anyone say the women’s movement is out of breath, it will be because it must run so fast to escape the forces of repression chasing it down. With does not stop the number of feminicides of prospering.

You are going to say I’m talking like a press review. There’s some of that. After all, I am nothing but an observer and, as for the new airport, I don’t see anything that might take off in a near future.

Yes… there’s less talk of a strike in Syria and Irak against the Kurdish populations, in order to bring them the Pax Turca. The temptation is still there for the Reis, but once again there are brakes interfering with a good war before the electoral party.

It seems Putin has put the soft pedal to our President’s ardor following Trump’s declarations. Perhaps the future changes in Turkey, as long off as they may be, will come from that geo-political game some day. The Republic of Turkey was born from that cauldron, a century ago, following the genocides. What will it be this time?

In the meantime, I read up on the good new – for there are some – so as to live them by proxy.