Zehra Doğan: “Thank you for this collective solidarity on behalf of prisoners” 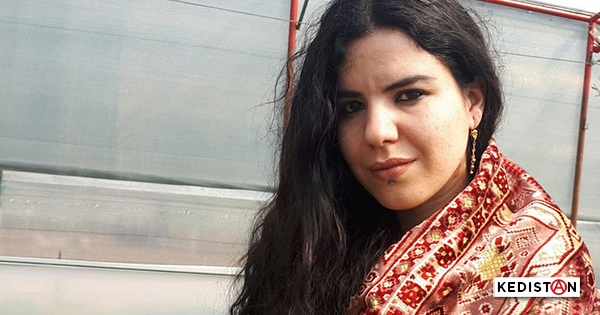 For prisoners, in the harshest of times, collective solidarity is the greatest source of morale and energy.

In those places where they tear humans away from their environment, lock them away, isolate them, do everything in their power in order to subjugate them according to their mentality, communal life inside and collective support from the outside remain what keep a person upright, always.

Such a strength transforms you into an entirely different person. You become much stronger than you were before, gain hope and experience happiness. You tie your own dynamic to a life lived in freedom and, in order to regain your own vital energy, you launch yourself against these hideous walls, you open gaps in them. Those who are locked inside strike the walls from within, those who are without, from outside. Inevitably, a chink opens up that lets a ray of light come in.  You know this light does not come from the false freedom outside. It’s an entirely different energy…It is indescribable, it is the light of the reality you wish to attain. And this appears only through love that connects.

I am now on the outside. And even if I am in this crowd, in a wider circulation space, I feel boxed in. And the reason for this sensation: my friends who are still inside… 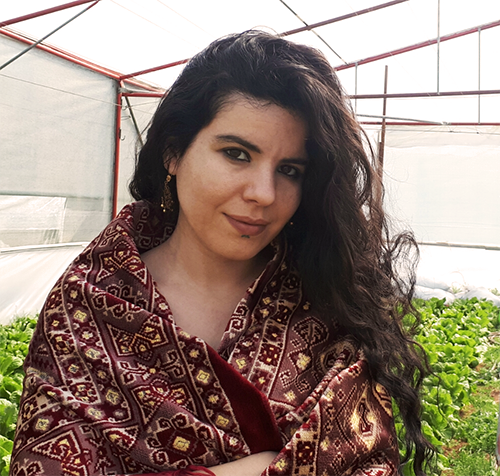 Fourteen days ago, I took leave of them, holding in my hand a small plastic bag that contained everything I owned during my incarceration, a few drawings and notebooks. The place where I saw them for the last time, where I turned around to look at them, was between two iron doors. It was a threshold.

So I looked at them for a last time as a free person. They were prisoners and I was free.

The difference between us began at that moment.

And that moment was the heaviest in my life.  The final waves of the hand, the final humid eyes…My friends, with whom I shared everything for two years and with whom I was Me. I was present in the body of each one. And they were present in me. On that threshold, I felt their inner quivering even more strongly. I was separating from them, leaving a part of myself in each one, and I was leaving with dozens of them in me. In a way, I had not become entirely free, nor were they still totally prisoners.

Now, I am outside. And I must speak as I have never spoken as much before. So that you may lend an ear to those voices expressing themselves tirelessly and that I carry in me, I must speak without ceasing. Forgive me, perhaps I will tire you, but as I said, I am not alone in speaking…

The one speaking is Songül Bağatır, who having now been a prisoner for 27 years, will remain a further 45 years locked away. It is Semire Direkçi who joined the guerilla at 12, who was arrested, wounded, and has now been in jail for 22 years. It is Rahşan Aydın, sentenced to perpetuity, a sentence to be served in full (the substitute for the death sentence since its abolition in Turkey in 2004). Sima Dorak, Nursen Tekin, Azize Yağız have been prisoners for 16 years…This is also the case for Rukiye Bakış who left her quintuplets outside, far away. Nezahat Şingez, pulled away from her cats in the gaol in Amed, into forced exile to Tarsus, and on whom trials keep raining down. Nursan Demir, mother of five children, a woman from Nusaybin.

And also Nurcan, 16 years old, also arrested in Nusaybin during the curfews, against whom the courts have demanded 73 sentences of incompressible perpetuity. It is also Semra, 18 years old, and many other women sentenced to perpetuity speaking. Sara Kaya, Nusaybin’s mayor, also under threat of perpetuity.  These are all women whose liberation has been delayed, using the sanctions of isolation cells as an alibi, all speaking through my mouth, Sözdar Oral, Sümeye Gök, Silan Fidan, Evindar Aydın, Kulilk, Zeynep, journalists Meltem Oktay, Hicran Ürin, Özlem Seyhan, Kibriye Evren … Speaking also are those children incarcerated with their mother, Ayşe, Dersim, Çınar, Rüzgar, Önder, Beyza, Viyan, and more than seven hundred other children in Turkey…

The prisoners who have joined the hunger strike initiated by parliamentarian Leyla Güven and who have put their sole tool of resistance, their own body, to the test, in order to demand the respect of their most elementary constitutional rights; Menal Temel, Hatice Kaymak, Leyla Teymur, Dilbirin Turgut, Dilan, Nursen Tekin, Hilal Ölmez, Kibriye Evren, Evin, Zelal Fidan, Mizgin Alphan, Hacer Karaoğlan, Elif Atdemir, Songül Aşıla, Merge Polat, Bahar Avcı, Halime Işıkçı and thousands of other male and female prisoners.

I am not the one speaking, they are.

Every woman I touched has left a part of herself in my heart. And those parts do not take days and nights into account, they speak. They speak incessantly, without fear, do you hear them?

In truth, this text should be a thank you letter for Kedistan,  its contributors, its readers, for all the solidarity they have brought to all the prisoners of whom I was one…

But speaking of Kedistan, my words must reach far beyond, I know… It would be impossible for me to express thanks without evoking all of that. I think this alone demonstrates how collective was the support. And I am immensely happy to know that this collective solidarity continues today, for Leyla Güven, who continues her action with determination, for the mayors Gülten Kışanak and Nurhayat Altun, for deputies Figen Yüksekdağ, Selma Irmak, Burcu Celik, Sebahat Tuncel, Edibe Sahin, all presently in jail.

While I was imprisoned, many people lent me an ear and listened to my words. They gave meaning to them and gave me their support. This is why I felt so good inside, like I had  never felt before.

Despite the bars, I was able to go on working, to make myself heard. I thank you infinitely for this.

I would like to thank the Kurdish press first and foremost, where I learned to express myself. I would like to thank Kedistan, its readers, and specially Naz Oke, Daniel Fleury, Sadık Çelik, Maite, Renée Lucie Bourges, who will scold me for singling them out and also the whole team and all the friends surrounding them.

With all my heart I thank PEN International and all the PEN clubs across the world, Amnesty, Index Censorship, Free Muse, CPJ, Ifex, Artist at Risk, Voice project and all the others I am certainly forgetting.

A huge thank you for the gift of their beautiful music to artists Erik Marchand, Denis Péan, Coline Linder, Christophe Bell’œil, Eléonore Fourniau, Nolwenn Korbell, Güler Hacer Toruk, Sylvain Barou, Neşet Kutaş, le Groupe Yıldız, Ruşan Filiztek, Mireille Mast, Yohann Villanua, Haydar İşcen and to all the other musicians… I thank Niştiman Erdede, Gianluca Costantini, Elettra Stamboulis and all the artists I am forgetting. Many thanks to the team at Lucie Lom, to Jeb Rabillon who photographed all my works, to Philippe Leduc, for his advice and scenographies of the exhibitions and for the book. I thank the dozens of big-hearted people who took the risk of bringing my works to Europe but also many others, who worked at framing or printing them. Thank you to Michel Bernard of the Rallumeurs d’étoiles for the magnificent huge star balloons I discovered on the net.  Thank you to Daniel Mesguich, Bernard Froutin, the deliverers of Le dire et l’écrire and all the other voices, for having carried mine and that of my prisoner friends. Many thanks to Jacques Tardi and Dominique Grange for their warmth. I thank my journalist colleagues doing their job with heart such as Marie Laverre, Valérie La Meslée, Güler Yıldız and Geneviève Bridel… I thank Editions des femmes and Les Arts Dessinés and Les Cahiers de la la BD for their interest. I was informed of all their attentions during these more than two years…

I thank all the organizations, festivals, associations which reinforced and widened this wave of solidarity with exhibitions and initiatives of all sizes, each one more creative than the other.

I thank all the people who offer their energy generously, organize workshops and initiatives and who continue to rain down cards and letters in prisons. They are in Angers, in Rennes, in Brittany, in Martigues, Graulhet, Paris, Vienne, Genève, Detmold, London, San Sebastian, in Quebec, Belgium and other countries, towns and villages I cannot all list by name…

I thank you one and all, with the hope of  warmly embracing each one of you, some day soon.