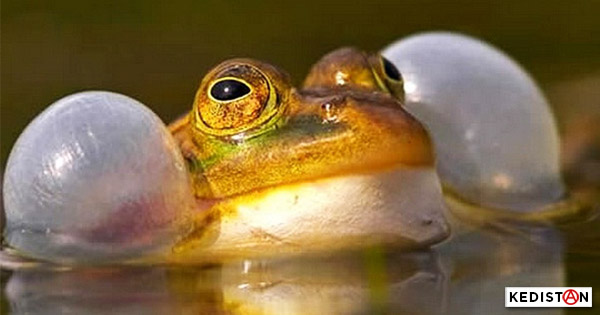 You have quite a few stories in France about frogs and toads. Since they are meaningful to you, I’m using the opportunity to serve  them up as a metaphor.

These last few days, our Turkish TV backwaters were filled with croaking concerning the anticipated presidential elections in June.

True, it allowed for a break from Ottoman-style military ceremonies attendant to the ads, where one can’t tell anymore if the Reis is praising the duralibility of Turkish home appliances or those of the Nation’s borders.

Two frogs were involved. Two good old frogs accustomed to political cunning a la turca. One ex President, European Islamist compatible, who has taken some distances from his ex companion, I have named Abdullah Gül, and a fascist making her comeback, Meral Akşener. Both wanted to be as big as the bull.

Gül threw in the towel last week. He wasn’t lacking in encouragements. He must have run out of air.

Yes, we were shown his number as being “the union of the opposition.” Pretty inflated, to put it mildly.

Between the CHP who hasn’t found its providential candidate and would have gladly pustulated on the ex President, the new HDP who was ready to kiss the frog if…if…if, and the Askener she-wolf, it was suddenly sacred union time among the frogs. So Erdoğan let them croak while he was beating through the countryside on his way to other ponds…

In the latest news, Meral Akşener is still pumping iron and as a consequence the CHP (Kemalist opposition) doesn’t know which way to go on inflating. Meanwhile, the HDP has lost a full week before announcing a candidate when everyone thought, before this grotesque political finaggling, that it would be its jailed ex-leader who at one time personified the only way out for Turkey.

Forgotten at once the victims of purges, the resistants in jail, the murdered populations, the army in Syria, here we go again with the “elections” and their shenanigans.

Except this frog didn’t fall from the sky with the last rain. She could play out the plagues of Egypt all by herself. She has dragged around the Parliament five times, and comes from  the good old ultra-nationalist MHP Party (who had quite a few people massacred these past forty years, and not only on the Kurdish side). As a good politician enamored with power, she has managed to swim for a while in the conservative Islamist waters that served as Erdogan’s stepping stone at one time…she was their Minister of the Interior in 1997, before returning to the wolves to start her “good party”. In other words,  she is an old frog who knows how to jump from one stoup to another, when required. A pure product of nationalist Turkey, with the required bigotry…

You are going to like her, I’m sure. Plus, she’s a woman. Your secular feminists will be delighted. Perhaps they’ll discover a trace of modernism in her, at age 65. The CHP is already offering greeting gifts for the legislative elections… And they’ve just put themselves through the hoop to seal an alliance.

So June will be  frog fishing month?

I remember, it was…ten years ago already… when Erdoğan was threatening,  muttering in closed circles that “the army would set things right”, as if the coup d’état in 1980 hadn’t made enough victims and we were too forgetful…This time, we’re being offered a semblance of a miracle potion, based on the drool of the providential batracian, in the same imaginary vein.

The only valid reason that might convince me would be if this election were the second round in the referendum in order to stop the implementation of the constitutional reforms… But in the hands of the Grey Wolves, what would absolute presidential power look like?…

Solutions against Erdoğan – especially for everyone – will not emerge from an electoral fishing contest held in a state of emergency, via a fervent partisan of Eternal Turcity.

I can already hear some telling me “it’s that or fascism”? Oh, in which version?

It’s Turkey who is the sick man, not its present Reis.