Europe shivers from the cold or in front of Erdoğan? 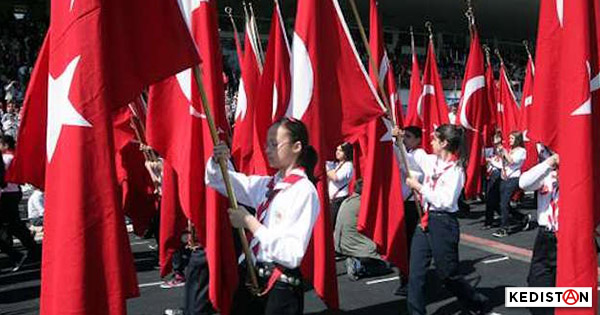 Did you check that the doors of Europe were well shut behind you when you left?…I felt like putting the question to the democrats who were rushing to turn their backs on what is going on in Afrin, on the Turco-Syrian border.

The Kurdish part fought well, demonstrated its courage and its aptitudes in dying against ISIS for your profits. Thank you, the promenade of our special forces ends there, work things out on your own with your fascist neighbors…

The European states paid several billion to purchase à reinforced door to protect European riches from the poor who envy them. They handed over the keys and the job to Erdoğan.
Since when do you turn over the keys of the chicken coop to the fox?

Just imagine for a moment the payment of substantial sums to Hitler by the European states, to protect themselves from the Jewish invasion, in the Thirties… Just a hypothesis, in passing.
Well, my advanced age leads me to daring comparisons. Munich, of course… That’s too easy. Most of all, it was too late.

Because while you yammer away in your tv studios about the return of the “radicalized” from Syria or Irak, Erdoğan takes you for a bunch of dummies. He pulled the “terrorist” number on you over his war urge, first in Afrin, then no doubt against all of Northern Syria, for the greater enjoyment of our border guards, be they business-motivated, nationalist or religious.

War, ever hear of such a thing?
Spoken by an islamo-fascist, is the meaning clearer?

While your political leaders bathe under the cameras during hobby salons or party conferences, which amounts to the same thing, the one to whom you entrusted the keys is testing out the weapons you sold him. To think your leaders were recently criticizing those who were arming terrorists and harming Peace…

My country has voted a huge military budget. It is a member of alliances that provide him with even more. In that case, concerning the Reis, talk of a war partner, that would be more exact and, mostly, clearer as to the nature of the contract.
The saying if you want Peace, prepare war is rather risky with the Turkish Reis.

Opening your doors wide to a vile warmonger, accepting his terrorist arm in your internal affairs, his wishes, his orders, serves as preparation to much worse than attacks in your concert halls, trust the experience of an great-grandmother on that score.
That’s odd, I’m talking like Aslı Erdoğan…