Hand over the Gülen, I’ll give you the Bureau 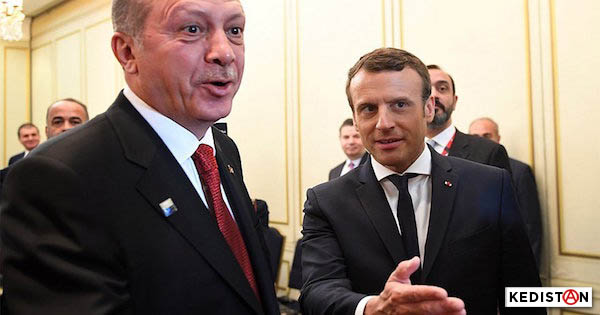 Turkey’s AKP regime is making full use of European anti-terrorist “institutions” and “cooperations” in order to organize the hunt against its opponents.

A Franco-Turkish journalist was placed into custody in Belgium at the end of 2016, following a request by the Turkish State via Interpol… Hamza Yalçın, a Turkish refugee writer and journalist, member of the Swedish Writer’s Union, has just been arrested in Spain during a trip, again via Interpol, at the request of the Turkish authorities… Deniz Yücel, a German journalist of Turkish origin, has been in detention for months… French journalists and photographers have been denied residency, following their arrest and detention in Turkish prisons, on the basis of exchange of intelligence concerning their activities… Loup Bureau, a young French journalist who wished to do a 2017 follow-up on his 2013 reportage in Rojava, has just been arrested and, for the past fifteen days, has been awaiting formal indictment on the charges of « terrorist propaganda » of which the regime wants to accuse him… Plus many other cases that escape our attention for want of coverage by the medias.

At each international meeting, at each « summit », the Turkish president in person or a minister reminds participants of the obligation to extradite to Turkey, either the preacher Gülen, or his followers, or journalists who worked in Turkish press bureaus, newspapers or TV stations. Let’s not forget the « military personnel » accused of putschism who escaped the purges because they were NATO officials in European countries or the few who fled to Greece in July 2016… But behind these « official demands », the remainder of « organizational members » is well covered, since the PKK is still officially designated by all as a « terrorist organization ».

The alibi is always the same, the hunt for Gülenists, in order to widen the net and track down activist opponents « harming the regime » from abroad.

Through the person of Loup Bureau, the stakes of course are Rojava, the diplomatic existence of the Democratic Federation of Northern Syria, and the fact of considering the PYD as « terrorist ».

In order to do so, the AKP takes hostages… just as it holds hostage thousands of domestic opponents, political leaders, journalists, teachers, defendors of human rights…

For we must add to the list direct attacks against organizations defending human rights, such as the arrest and imprisonment of the Turkish representatives of Amnesty International…

All of this suggests diplomatic blackmail with bargaining chips, the ransom for which is never paid, or so we are told… And let’s not forget the « lot » of war refugees, a permanent threat brandished by the Reis…

Of course, no one can say with certainty that this is part of a thought-out and premeditated policy. But the all-out hunt for opponents (that has replaced yesterday’s targeted assassinations) holds bargaining opportunities for the Turkish regime, mired in its international diplomacy since its reversals in Syria and the pressures exerted on it by Russia.

The “migrants” file is still on the table also, as is the « freeze » on the negotiations for integration into the EU, that waxes and wanes…along with its economic uncertainties.

We can easily imagine the haggling taking place, and every European representative’s temptation to play his economic, diplomatic, financial and communication « interests » for his home audience, before giving any consideration to stand firm on « human principles and international agreements » before a self-proclaimed dictator.

For Loup Bureau, it has taken fifteen days of undoubtedly unsuccessful secret negotiations and the beginnings of a strong mobilization, to reach the phase of a presidential « communication » in France. For Germany, the stakes involved a visit to a NATO base with German assets, to which the Turkish State was denying access. The AKP moved its pawn, but journalist Deniz Yücel can go on waiting…

Few people remember the period in the nineties when hostage diplomacy was played by Serbian warlords against the UN, with such success that massacres were « covered up », and sometimes tacitly accepted, as was the case for Srebrenica, in exchange for “liberations”. Hostages were also numerous in the Middle-East, for geo-political negotiations…

The hostage isn’t reserved to gangs of ransom seekers, but remains a secret pawn in diplomacy.

Accusing Erdoğan of considering this type of diplomacy doesn’t seem to occur to European leaders. They tell us the « partner » is a « demanding » one, that’s all.

From there, less than a step is needed to say that opponents are frankly damn nuisances getting in the way of business.

My turn to play… In the family of “terrorists”, I’d like…. the father, the son, and the euros…