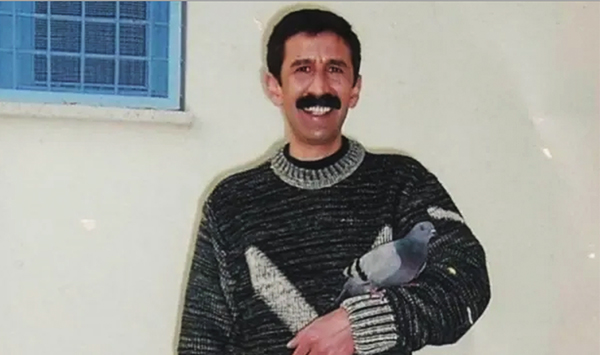 The release of Tevfik Kalkan, who has been held in prison for thirty years, has been postponed for one year.

Tevfik Kalkan, 55 years old, incarcerated for thirty years in the Type F high security prison of Tekirdağ has had his detention prolonged by one year, although he has served out his sentence in full.

Having reviewed the liberation of Kalkan, the presidency of the Sentences Council considered that “the proper conditions were not in place.”

Kalkan’s appeal to the judge responsible for sentencing was rejected.

“Whatever they write becomes a reason”

Faced with this suspension to the execution of his liberation, Kalkan sent the following message to journalist Hüseyin Akyol:

“As of today, September 20 2021, I have served out in full my 30-year sentence and should be freed. This is a totally arbitrary decision, without judicial grounds, denying my liberation by decreeing: “We will not let him go’. For what reason? Whatever they write, that will be a reason! And yet, I provided all required documents and information. I recently addressed an appeal to the judge responsible for sentencing.

The rules applicable to those who are in the establishment since January 1st 2021 should also apply in our case. We are in a situation that is incompatible with fundamental principles of law. I am not the only one in this case. Including Şakir Bülbül, Aydın Akdoğan and İsmail Yakın, there are 4 of us in this situation Another aspect of our problem is that those sentenced having less than one year of prison  to serve are transferred to prisons in their sub-prefecture. But this disposition also is not applied to us. And yet, here as everywhere we are subjected to the same Ministry of Justice. I put the question but get no answer.”

Reason invoked for the transfer refusal: “he broke a radio” he had paid for himself…

Reacting to the refusal to liberate her brother, his older sister, Cevriye Kalkan explained that her brother suffers many physical consequences to his long incarceration. “His main problems are serious stomach and muscular disorders”.

“All the steps taken to obtain my brother’s liberation or transfer were turned down on phoney grounds. He is said to have broken the radio he had paid for himself… He did not obey the rule on savings… This is the kind of crazy answers we get.

The directors at the Tekirdağ prison have refused the liberation requests of several detainees under ridiculous excuses and for trivial matters.

Among them, ‘he did not borrow any books from the library’, ‘did not respect rules of hygiene’, ‘does not obey rules of the cell’ or ‘participated in a hunger strike’. For my brother, the argument used was that he did not show sufficient evidence of repentance and thus would not manage to reinsert himself in society.

There are no justifications for the commission to maintain Kalkan in detention. Neither legal, nor human. We must fight at this time, he from his prison and us on the outside. As with Tevfik, there are hundreds of detainees subjected to the same fate. Detainees having served their sentence must be freed as quickly as possible”.

Other cases were brought to our attention : also in October, the liberation of the sick prisoner Menderes Leyla was pushed back 6 years, because of disciplinary sanctions handed out 10 years ago. In September, one year prior to having served his sentence, two files were re-opened against Resul Baltacı who has been in prison for 29 years. His sentence has just been increased from 36 to 45 years. And these are only those  known cases brought to our attention.

Political prisoners condemned by the military regime of the 90s, who had not been liberated following the prison reform of 2002 and their long struggles, are now reaching the end of their sentences, often in a weakened and sick condition. Many of the prisoners liberated in the early years of 2000 often went home only to die there from the effects of the mistreatment, torture and deprivations they had experienced in prison.

Concerning this period of liberations following long struggles, Kedistan can only recommend the fine movie by Turkish director Özcan Alper, “Sonbahar”, “Autumn” (available in English on Vimeo). This movie could serve as introduction to an event of solidarity and support, for example.

The current power sharing with the ultra-nationalist MHP Party has something to do with this  relentlessness against the last prisoners of that period of which they were the active torturers.

And this other article on Kedistan, to consider another action in support of political hostages in Turkey.

Tevfik Kalkan, 55, who was imprisoned for 30 years, was released late at night from Tekirdağ No.2 F Type F High Security Closed Prison.