Mamie Eyan • Reading along about Boğaziçi 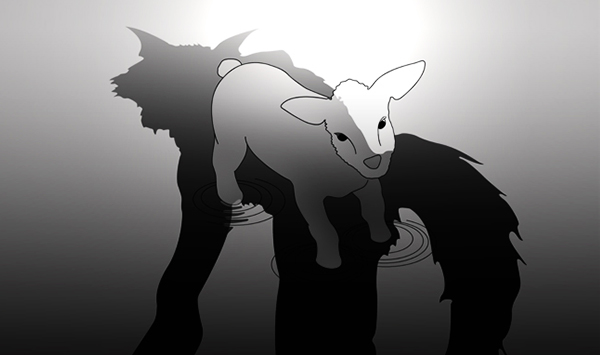 It feels so good. Even if we know this mobilization around Boğaziçi University, a promise of spring in wintertime, is hitting against, and will continue to hit against a locked-in power structure always ready to bite.

Because these youth are like a transfusion of new blood in the middle of a pandemic of automania. It surprises, worries, trespasses over the lines and does not seem to be anyone’s puppet.

Youth offered us a beautiful “open letter to the President” with all the impertinence the official opposition has lost, and even some of the kind produced as electoralism since Selahattin Demirtaş is in prison.

Yes, they are students; and in Istanbul; in a university that had resisted so far, sometimes by ignoring, sometimes because authorities hesitated in touching a “prestigious display window” such as Boğaziçi which admits slightly privileged children and who work with “foreigners” so decried by our nationalists. But then, the President wanted to signal that the game was over. His decrees reforming the university were nice and cozy biding their time in his desk drawer. As for “administrator-tutors”, Erdogan is experienced. He practiced on all the municipalities in Kurdish towns. He had started with a few universities, here and there, but in Istanbul, just think, the temptation was huge to leave the new CHP mayor stuck between two chairs, since he already had visions of himself as the Calif replacing the Calif.

Every kind of ignominy rained down on the students; yet they are doing fine and support is growing for the time being.

I read a paper recently on Duvar – one of the places still holding the banner high for freedom of expression; it said that insults were raining down on the young people. Some of them are translated in French HERE. You would have a hard time doing worse.

I also read some negative comments under photos of the mobilization where some of the young female students wore scarves. And another article taking a larger perspective, in response to those secularist fans fighting the wrong fight.

But I also read somewhere that these young people “deserved Erdogan’s hell”. Nothing less. These young people or, like in the fable about the wolf and the lamb, their fathers or “their brothers” no doubt had not fought the good fight when called upon to do so. Therefore, it would be wrong to support them now. That’s not very nice for the HDP, which is far from representing only Kurds. It is mostly giving in to the image of a nationalist withdrawal that won’t solve anything in matters of “convergence of struggles” in Turkey. But are not those withdrawals a sign of the times? Each in his own shop will never amount to a convivial market place.

Here is an excerpt among others of the “open letter” from those of Boğaziçi which should bring back to reason those who don’t know how to read:

“… You maintain in prison illegally the former co-presidents (Selahattin Demirtaş & Figen Yüksekdağ) of the People’s Democratic Party (HDP). And also journalists, union members…But we declare that we are in soldarity with those who are not afraid to speak the truth and that we are against all the administrators put in place by the government…”

This is what they wrote, and these youths live elbow to elbow with all, including with their LGBTIQ comrades, very present and inventive in the mobilization, to the great displeasure of the bigots in power.

Yes, what can you do, the fact I’m watching closely how this confrontation around Boğaziçi will end does not mean I’m falling back into infancy. On the contrary, I’m following it so as not to die an idiot, or prostrated.

I will never be in the camp of those who say “they got what they deserved”, “they should have moved sooner”. Who can move under a ton of lead? Going to prison is not a solution for the future. Demonstrating constantly for “liberations” does not make the issue budge by a single inch. So that to see these youths, many of whom flee to Europe these days, to see them take to the street, is a huge morale booster.

Even if this youth represents only a minute section of youth in Turkey and that it is not really in the image of the blackness covering everything, it shows it is possible to remain standing today for tomorrow. And supposing they will later sing the praise of racism, homophobia and militarism, after what they have written to the President, would be an invitation to give up for good, and not to see that the roots of Gezi have not disappeared into the earth. Victories over obscurantism in Turkey will occur against all nationalisms…against all of them.

And even if things end poorly, the fact these youths at Boğaziçi make me a new lease on life, is bliss. These children have offered me one more year of living.