Migrants in Turkey: caught between expulsion, death and the absence of health care 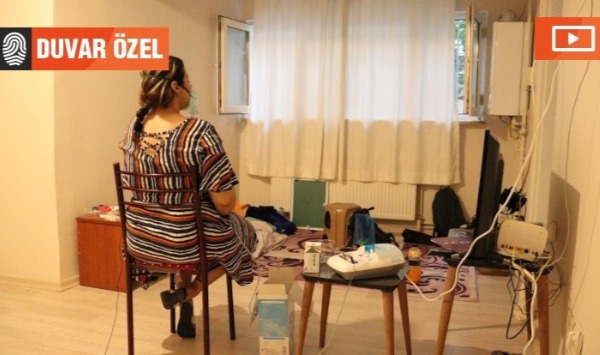 The agreement struck between the European Union and Turkey concerning “migrants” is accompanied by sums paid by the European side. In other words, entry into Europe by migrants, by sea or by land, mainly through Greece, has been sub-contracted.

Not only if this agreement villainous and inhuman, with the “migrant” being treated like merchandise, but the question also arises over how they are “treated” in Turkey and by Turkey. We know they serve as an exchange currency and a means of permanent blackmail exploited unashamedly by Turkey. We know that migrants of Syrian origin are also exploited at will and subjected to daily racism.

But what about the fundamental right to health care?

A reportage by Arif Koşar for Duvar. With photos by Vedat Yalvaç.

In Turkey during the pandemic, migrants cannot benefit from health services, cannot even go to the hospital for fear of expulsion or because of lack of money.

N.A. a 34 year old Moroccan, afflicted with COPD (Chronic obstructive pulmonary disease) and five-months pregnant, Yakuba S. who arrived in Turkey as a political refugee from Gambia, and Younes A., a Moroccan in Turkey for work purposes in order to provide care for his mother suffering from cancer, testify.

Access to health services, already relatively problematic for Turkish citizens, is rendered even more difficult for migrants. The Corona pandemic has mutiplied these obstacles.

On paper, health is considered one of the fundamental human rights but it is often restricted by the Right to citizenship. Once taken into account privatizations, third party payments, services and the treatments not covered, for populations in a precarious position who make up the majority of citizens, this right is almost totally inaccessible. And when it comes to undeclared migrants, it becomes almost impossible. On the one hand, the fear of being expelled, on the other, illnesses.

N;A. is a 34 year old Moroccan. She arrived in Turkey two years ago and contracted a religious marriage. Subjected to violence by her husband and following the filing of a complaint, familial distancing was pronounced immediately, according to Law 6284 and the Istanbul Convention. She separated from her companion. Five-months pregnant and afflicted with Chronic obstructive bronchopneumopathy (COBD), she now lives alone and with the need for regular medical controls and treatments. Despite this fact, she faces another issue when she goes to the hospital. “I have language issues. I understand very little Turkish. I received a twelve day treatment at the hospital, and received shots. When I left the hospital with my sister, I was presented with a bill and told I must pay 4 000 Turkish lira (approximately 610 euros). I did not understand their explanations but I signed the document they put before me. They informed me that neither me nor my sister could leave Turkey before this bill was paid.”

During the interview, she has long coughing spells. She has trouble breathing. We take a break and continue later, then, another break. She must be put under assisted breathing every four hours. Yet, N.A. cannot go the the hospital, neither for the regular follow-up on her pregnancy, nor for her illness. Because she has “a debt toward the State”. She has been told she will not receive treatment as long as she has not paid off her debt. She has no money to do so, nor to buy her medicine.

Her pregnancy gives her cravings: “in the street when I see foods like fruits that give me cravings, I look the other way. Sometimes, it’s unbearable but I tell myself ‘you have no money, you must not buy it”. I walk on by. I hope this won’t harm my baby.”

With her illness, she must live in spacious well ventilated spaces, but she lives in a basement apartment where, until very recently, she had no furniture. She strongly insisted that we sit on the few chairs that she owns. Thanks to the solidarity from the HDK’s Migration and Refugee Council, she was provided with a fridge, a washing machine, a stove and a few other items. But the organization does not have unlimited means. In her condition, she is forced to turn to private hospitals.

But if the public hospital is barred because of her debt, N.A. cannot afford private hospitals. And she is forbidden from returning to her country because she signed a document acknowledging her indebtedness…She no longer knows what to do. The visehold generates a heavy depression. Worried for her baby and for herself, she says: “I think of everything. I even think of death.” She is afraid her baby will be taken from her because of her illness. “I think about that 24 hours a day. I don’t see how to escape this situation and I cry constantly”, she says. Her voice is sad, she cries.

The fear of expulsion

Concerning lack of access to health services, N.A. if not the only one, unfortunately. Yakuba S. who arrived in Turkey from Gambia requesting political asylum, shares the same apartment with 17 other migrants. He lost his job with the pandemic. He also says hospitals request astronomical amounts for health care. “For a surgery, the hospital demanded 5 650 dollars. We are from Gambia, we don’t have 5 650 dollars to hand over, just like that. It is not easy at all.” Equally resigned when he must go to the hosptial Yakuba prefers to stay away, in order not to run the risk of expulsion. 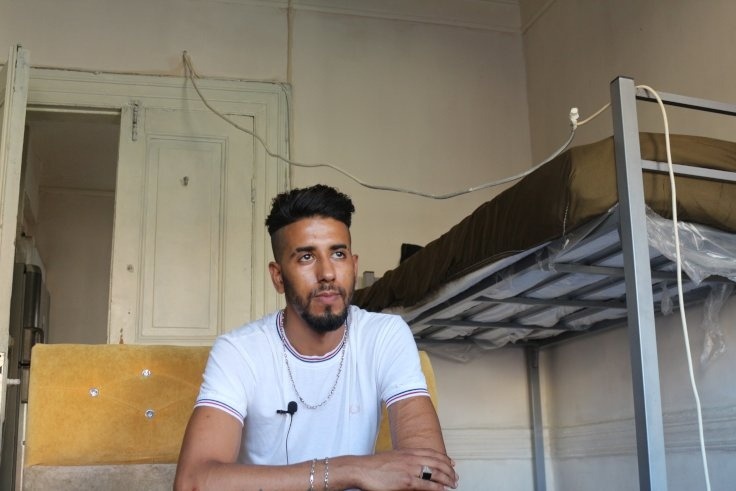 Younes A., a Moroccan, came to Turkey in order to work and help his mother suffering from cancer. He has lost his job and his main demand is a job. He also prefers not to seek health care for fear of expulsion. “In the Magreb, when we had a head ache, we bought a lemon. We cut it in half to apply it against our temples and with, trust in Allah, we waited. We do the same thing over here,” he says.

In general, migrants and refugees reside in the town’s poorest quarters. Kadir Bal, spokesperson for Tarlabaşı Dayanışma, a group acting in solidarity in Tarlabaşı but also in other neighborhoods, underlines the existence of three barriers to health care for undeclared migrants: “The first is financial. For example, a hospital service billed 5 or 10 Turkish lira to a Turkish citizen, is billed 50 or 100 Turkish lira in their case. The second is the language barrier, having trouble expressing one’s self is a problem. The third is the fear of deportation. For these reasons, health is something constantly pushed down the line here and treatment becomes a constant effort limited to recuperated out-dated antibiotics.” 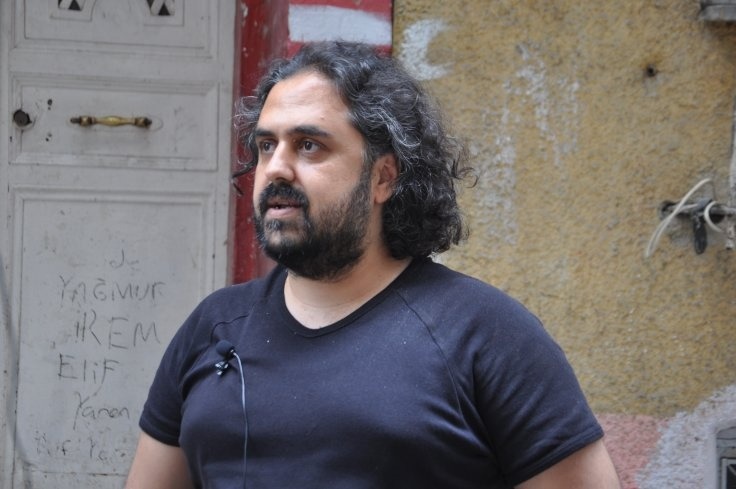 Lack of funds and despair

Mehmet Yeralan, alias “Mehmet from Urfa”, a member of the Tarlabaşı Dayanışma is one of the witnesses to the difficulties the migrants have getting health care and to the open wounds thus generated: “One migrant with kidney problems came to see me. He was in need of dialysis. Each session cost approximately 400 Turkish lira (some 50 euros). He needs dialysis three times a week. How can this brother from Africa pay 1 200 Turkish lira a week? Once or twice, he managed to gather this sum by doing the rounds of his friends. But he needs treatment every week… We were able to help him once but the hospital no longer accepts him, saying ‘we can’t treat him for free’ What did we do? We had the boy wait with us until there was a lowering in his hemoglobin. Once the diminution was averred we called an ambulance…We had no other solution. The ambulance arrived and he was taken in as an emergency. That time, we managed to have him dialized that way. Lack of funds, despair…” 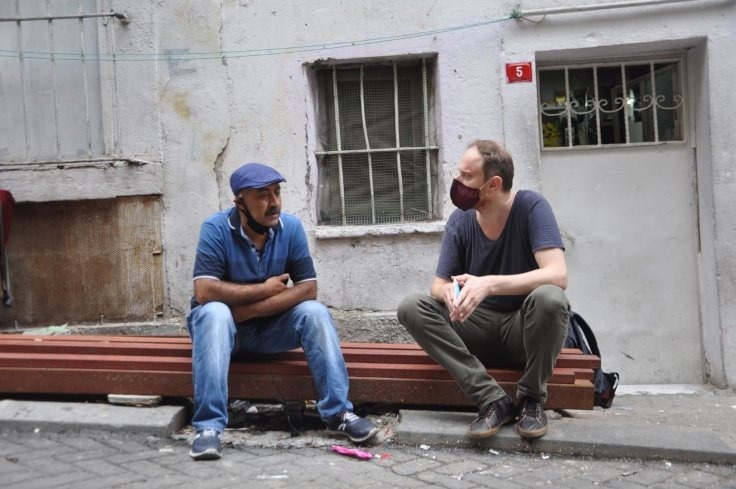 Göçmen Dayanışma Derneği (Migrant Solidarity) intervenes in order to support access to health care for migrants, be they declared or not. Its coordinator Özgür AktÜkün draws attention to the fact that migrants encounter countless vital problems both in their access to health services and during their treatment. According to Aktükün, although the right to health is defined as a fundamental right with no discrimination according to citizenship, ethnic origin, belief or gender, it is limited in fact by the “Citizenship Right”. It is not something that can be set aside simply by saying “that’s the way the legislation works. “Because of this, if you are from Uganda and cannot obtain a protection status as a cancer patient, you will die in this country.” 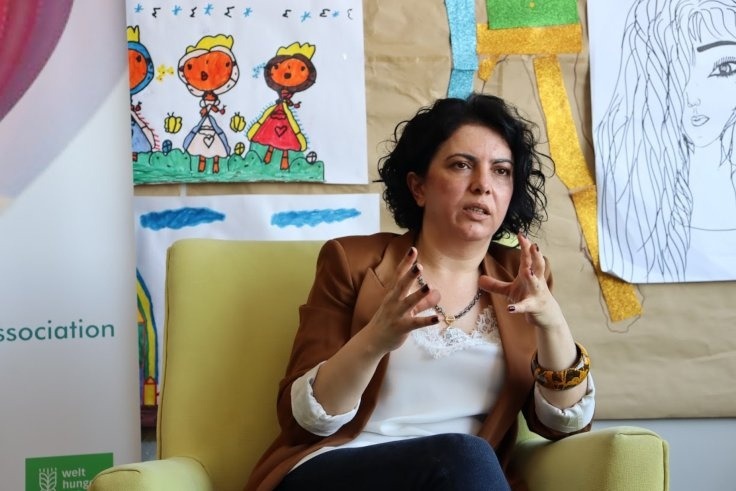 Neither Turkish nationality, nor international protection or the status of temporary protection resolve the problem of access to health care, especially for the destitute. And when dealing with undeclared migrants, the problems increase. “If the person is in an irregular status, he or she has no possibility whatsoever of benefiting from any free health care.” Aktükün continues: “We must discuss existing tensions between the framework of universal human rights and the Citizenship Law of States and the Rights of strangers. Because that tension transforms into severe illnesses and even death.”

According to Aktükün, irregular migrants have other problems that go beyond the amounts of money required for health care. “Since they are undeclared, they are clandestines. The costs are a secondary issue, really, because there is also the problem of security. When a clandestine sollicits a State administration, even if it is an administration dealing with health, this latter must alert authorities. This holds true for private hospitals. Migrants in an irregular situation cannot go there. This is the reason why clandestine health centers and medical workers have multiplied in Turkey, offering their services particularly to clandestine migrants, who are totally outside control structures.”

This reportage is also availabe as a video (in Turkish). Realized by Vedat Yalvaç.