Erdoğan uses migrants for his negotiations with the UE 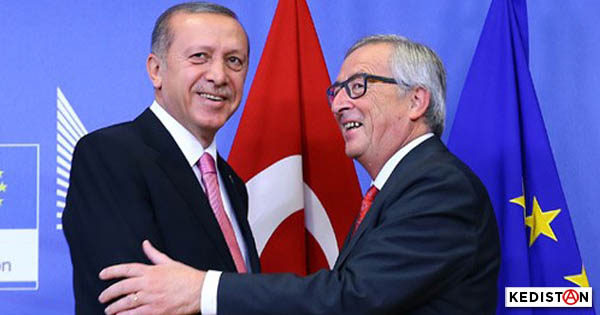 Migrants most useful to Erdoğan

« We can open the doors to Greece and Bulgaria for the refugees and put them on buses. »

This provocative sentence by the Turkish president was in the context of talks with Jean-Claude Juncker and Donald Tusk, President of the European Council, for a European financial aid package to Turkey so that it would contain the flood of migrants entering the Schengen space.

According to the document, the Turkish president hopes for 6 billion euros while the initial proposal is for 3 billion. Erdoğan then uses the migrants as leverage to force EU leaders to raise the final amount in the agreement.

The Turkish president also takes advantage of this leverage to table again the question of Turkey’s membership in the European Union and the lifting of the visa requirement for Turks entering Europe.

The agreement is finally signed on November 29 2015 for 3 billion euros 500 million of which flow directly from the European budget, the rest being provided by member states. The three page document is brief and basic and contains no specific directives concerning the use of these funds.

Less than two months after the agreement and despite Turkey’s commitment to stopping the migratory flow, it remains « too high » according to Frans Timmermans, Vice-President of the European Commission.

Erdoğan and his party aided by the European Union

The other very interesting point in this report is Juncker confirmation that publication of the 2015 report concerning Turkey’s membership in the EU was delayed so it would not interfere with the Turkish legislative elections.

« The progress report was delayed at Erdoğan’s request. »

This rather negative report mentions the many Turkish breaches to fundamental liberties and takes the form of an official denunciation of the government’s liberticidal drift. Only the most extreme of bad faiths would deny the impact such a report could have had on the AKP’s results (Erdoğan’s islamo-conservative party) had it been published before the election.

This serves as confirmation of the connivance between the European bigwigs and the Turkish president. Juncker and his colleagues demonstrate a will to maintain good relations with Erdoğan who thus forges an absurd sword of Damocles with the threat of a migratory invasion. 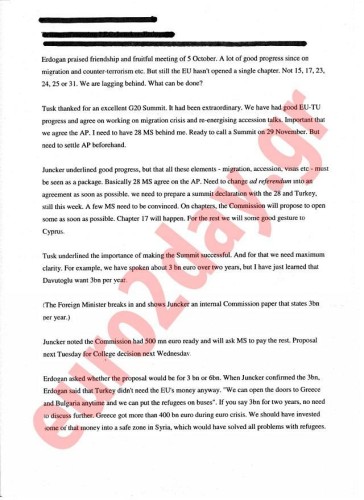 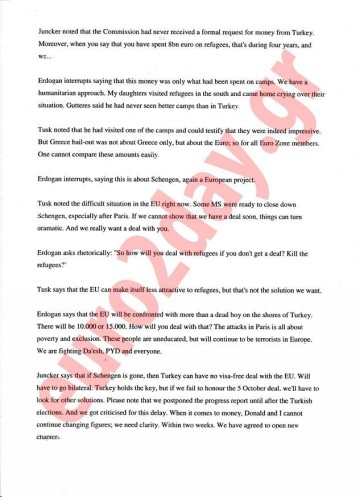 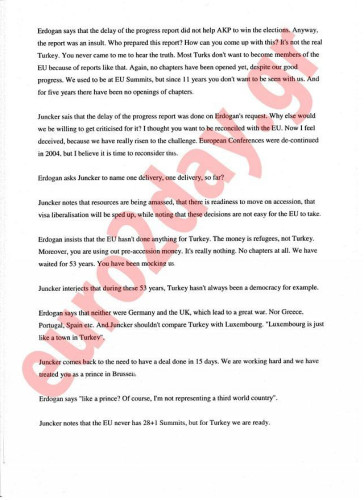