A Way of Searching for Justice: Anger 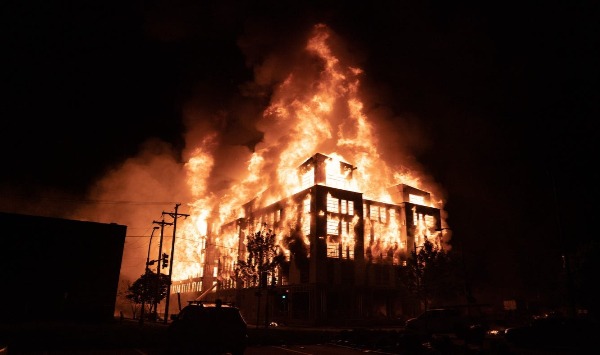 “June 15, Syntagma Square in Athens. One among the dozens of confrontations between police and protesters, but a rather remarkable one.

While the police intervenes relentlessly and launches tear gas on people in all impunity, a group of musicians, in the center of the Square, give voice to their insrtuments with brio. Wearing masks, they continue playing, thus protected, with a sarcastic rejection of State violence. Anger is what transforms this totalitarian asymmetry into a beautiful thing: a joyous anger, a dignified anger.” 1Excerpt originally translated from the article in Turkish. The original text is in Rage agains the Reign of Money John Holloway is the one speaking, in the introduction to a text titled “Days of Anger.”

The word anger is defined as a show of aggressivity in the face of a threat or of a perceived humiliation. Anger is a reactive emotion, or a devastating force generally born from personal topics or disputes. Thus, the notion of anger is often framed as negative or destructive.

Holloway, the author whose excerpt I used in introducing this article, was not satisfied with the sole destructive aspect of anger, and attempted to look further. He says we must choose carefully the areas and the situations towards which we can channel our angers, and take them beyond the subjective. He specifies that the huge waves of social anger suddenly transform into an extremely powerful flow when they encounter those angry ones who make an effort to swim against the current and make their way through the chinks.

Indeed, usually, we get angry at our lovers, our friends, our bosses. We get angry because we don’t have enough money to make it to the end of the month, or because we failed an exam… But this individual anger, calling forth arguments, is often destructive and reductive. Rather, Holloway suggests a collective anger, beyond individuals, and in the face of power. This suggestions seems like an appropriate piece of advice worth listening to.

The ire and violence of dominant powers are constantly legitimized by law, whereas the people’s anger is treated as illegal. The people’s “common sense” is constantly appealed to in order to maintain this anger under constant control. To paraphrase Holloway, anger is constantly shown as anti-rational. But when facing a dominant power that has lost its mind, there cannot exist a reasonable or “common sense” reaction. Anger is the only reaction can that respond to it.

This is exactly why we must change the flow of anger. It can be the most appropriate positive emotion when facing power and oppression. As Holloway says so well, “we must let our anger lead to the governance of dignity”. 2Translated from the original article in Turkish.

Of course, Holloway also offers suggestions on the ways in which this anger would be reflected. In his opinion, slogans such as “Kill the bankers!”, “Kill the wealthy!” may be extremely appealing, but structurally, they are no different from “Kill the Jews!” or “Kill the migrants!”. Killing a policeman is on the same level. This is probably why the “dignified protesters” in the United States set the police station on fire after having the building evacuated. For what these crowds realized was the fact that one policeman could not personally represent power. Leaving them to burn would be no more than letting loose individual anger, whereas setting the building on fire, as a representation of power, would disturb the authorities.

Not only in the United-States but in every corner of the world, inequalities, injustices, violence and fascism are on the rise. This reaction demonstrated in the face of a rise in fascism is not accidental, and it is neither useless nor irrational. It is an appropriate and legitimate aggressivity. It is a positive agressivity, in the name of action and rebuilding.

Michel Foucault said “where there is power, there is resistance”. So, if power hardens, so must resistance and anger. Because, we have now learned to say “our dreams will not hold in your satchels, they will exploded them.” That is anger, like a fine instrument, on the condition of using it in a well-tuned fashion.

As Tamika Mallory said: “We learned violence from you!”