I received the State’s Promotional Gift, therefore I exist… 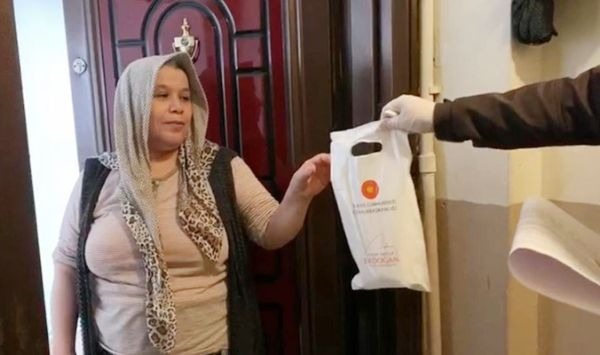 If I have yet to accept the numerous requests for reportages and interviews from journalists and academics wishing to speak to – as they call me – “Kedistan’s most appreciated author”, it is because I do not wish to reveal my identity.

You must understand that I have no desire to find policemen at my door, some fine morning… Even if in a long life filled with any number of adventures, prison is almost the only experience lacking in my inventory, and even if it does not frighten me all that much, basic precautions are not useless. There are people thrown in prison for one tenth of what I express, you know…

So please forgive me for cursing and publishing under an alias, on a website where all the other contributors write under their true identity, without masks, assuming both their risks and their responsibilities.

But I do exist and am not the shadow of myself.

And I speak from where I am, at the level of who I am, of what I see and of what I experience. “Your columns are much appreciated, I am told, because my expression delineates a certain geography, a generation and specific thoughts: a voice, a feminist one moreover, the voice of popular and human common sense”, or at least what is left of it… I think, I exist, and I speak with the voice of all other bitter yet benevolent old ones. I am a tough bird too, you know? Let it be known that neither wagging tongues nor suspicion frighten me, nor will they kill me. Whereas a virus… against that, I do protect myself.

Following this prelude, let’s get back to the point.

On the day before yesterday, someone rang at my door. I opened and found myself in front of a young policeman wearing a mask and gloves. “So they’ve come to get me”, was my first thought for a fraction of a second, but it was quickly dispelled; “for an arrest or a raid, they would have shown up in a horde of robocops and would have battered down the door rather than ringing the doorbell,” I told myself.

He had a nice face with bouncy cheeks, a bit like that of a long-forgotten nephew, and he stood on my doormat, at the proper coronaviral and civic “social distance”… I listened to what he had to say, but I couldn’t help from mentally imagining in other contexts this uniformed young man, addressing me in a way both familiar and polite: in interventions with the stench of of tear gas. Immediately, this brought back to mind the hate filled expressions that I had seen on images of police violence being poured out by the media.

In short, “Aunt, the State offers you this gift”, he said, holding out with the tip of his fingers a plastic pouch stamped with the Presidential logo. I took it, thanked him and closed the door.

After a sudsy lathering, I looked at the content of this so-called “free hygienic kit”. It contained five masks, a bottle of cologne water and a very thick envelop.

The masks were welcome. Even if we are not allowed to go outside, us old people, my medication is almost running out, and I’ll have to go outside at some point to visit the pharmacy a few doors from where I live… The cologne water has a scent I can’t really describe, like whiffs of a return from Mecca. It is far from the traditional lemony scent, the one poured on the hands of travellers on the buses. Oh well, it’s better than bleach, the only disinfectant left in the house. “Good, it had been promised, it took a month, but it got here”, I told myself.

Then I became angry when I saw all these “decorations” attached to the Reis. “Help or a communication campaign?” one wonders. Not really, one doesn’t wonder in the least…That’s when I found myself talking to myself out loud, like a demented old fool. This often happens to me, in front the TV when I sit for a look at the news… In short, I heard myself muttering: “Will you look at this, here you are promoting yourself! Promoting your self, with my money!”

Oh yes, the letter! At first, I had no intention of reading it, I put it on the table. But the thick envelop intrigued me. Finally, I opened it. This letter signed by Recep Tayyip Erdoğan, addressed to the citizens, therefore to me too, says in a heavy and pompous style that “as a country, we are engaged in a national struggle against the coronavirus that has transformed into a global pandemic”, and that “the State has taken all necessary measures, mobilized all of its resources against this epidemic threatening the health of the Nation”. In his letter, the Reis explains at great length, how Turkey for 18 years, meaning under “his” exercise, “has become one of the best prepared countries in the world against the coronavirus pandemic, thanks to the changes and progress in all areas of public service.” I went on reading, “Today, there exists a Turkey that has established the most powerful health security system and has built the most modern hospitals. A country the world takes as an example.” Yes well, he means hospitals where I dare not set foot both out of fear of spending all of my meager pension and of getting angry at these doctors who out of tiredness or disinterest, write prescriptions without examining me, without even lifting their eyes to my face and who, to top it off, speak to me in an overly familiar way…

Back to the letter. It lines up figures in a “giant health army” of 165 000 doctors, 205 000 nurses, thus of a total of 490 000 medical staff with a supporting cast of 360 000. One mustn’t dream of finding here a single word about the destructions of the health system through privatizations, diminishing budgets, as is the case in other rich countries under liberal regimes, even the wealthy ones. “Turkey, an exemplary model for every country in the word,” yes. Follow my gaze and look at sidewalk interviews. In almost all of them you will find a few toothless participants…

The Reis also emphasized that “the citizens’ most important duty is that of responsibility” and explains: “we pay the closest attention to high risk populations, as our faith also commands us to do”, and reiterates “I beseech you to stay in your homes, not to go outside as long as the threat of the pandemic has not disappeared.” He says: “This is the most efficient method for us to protect you.” Undoubtedly, unless you are forced to go to work in order to earn your daily bread to survive, if you are not one of the hundreds of thousands of workers who are all active in close contact with one another in factories, workshops, sweating on construction sites, even if cases of the virus have been reported among them. For example, the workers of Sarkuysan and Kroman Çelik, exempted from confinement measures by special authorization of the Kocaeli Prefecture, despite protests from the unions. And this is but one example among so many others…

The President tells his subjects “that no isolated citizen among those at risk will be abandoned.” Then, he provides phone numbers of services under the responsibility of prefectures and governships. I would nonetheless like to mention again, as I had already described, that finding myself with no liquidities at home, and thus unable to pay even for the jug of drinking water the salesman was kind enough to continue dropping off at my door, I attempted to contact these numbers for assistance. I told you how I was taken for a ride from one phone number to another to finally end up at social services where the phone was never answered. Let’s move on…

The Reis continues his long prose, “In parallel with all these measures, following the Science Council’s proposal we are offering you this gift of masks and of cologne water. Stay calm, no virus, no pandemic is stronger than Turkey”. That’s true, us Turks are made of iron. Such blessed lucky ones, we are! He hails “the heirs of a civilization whose watchword is ‘keeping the human alive so that the State may live’, thus the most important duty for us is the health of our citizens.” I don’t know to which civilization he is alluding. Ottoman? Kemalist? Other? At any rate, I admit that this is the first time I hear this watchword, so nationalistic and also contemptuous for “the populace”. Here I am affirming that I exist, and this would be for the sake of the State’s survival?

“I do not doubt”, he continues in his letter “that we will emerge from this period of difficulties as we have always done from all hardships, with our union and togetherness reinforced.” The letter closes on pious wishes like the end of a prayer. You might think it is Trump speaking with his preachers: “With these thoughts and feelings, I send you my affection and my respect, and implore God so that you may live in good health.”

Thank you. Now God knows what He has to do.

You guessed it, I threw the letter in the garbage.

The photo in the heading: In case you are wondering, that is not me on the photo, of course, but one used as an illustration on a number of articles on the web.