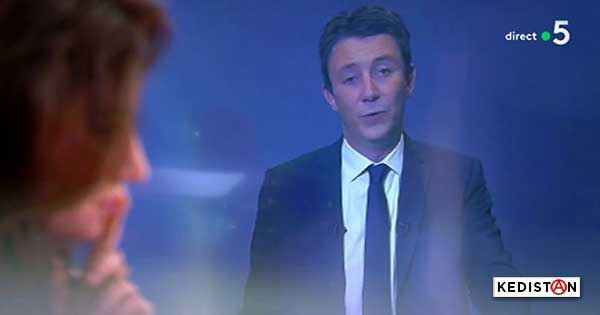 So, apparently you French people are stuck with a politician caught with his hands down his pants? Over here, we usually catch them with their hands “in the cookie jar”. But apparently, you take it more seriously when they show off their physical endowments.

I have trouble imagining how during the recent electoral campaign in Istanbul, a candidate could have found himself caught showing off the seat of his power… That’s just not done over here. As proof of their power, politicians over here like to parade their wives, turbanned preferably.  If I understand correctly – I’m attempting a form of comparative anatomy here – when liberalism is applied to patriarchy it leads to  displaying one’s “power organ”, whereas in the Middle East, the sexual object i.e. the wife is exhibited behind a chaste veil. In other words, this would mark   the difference between “Oriental charm” and “liberal pronography”.

You are going to say I am prudish and charging that poor man who was the victim of  a settling of scores. Rest assured that I could not care less what he did with his attributes. From ages 7 to 99, no law that I know of  forbids pulling on one’s elastic, except in public, as a matter of respect for others. Come to think of it, over here, it would surely be preferable to the marriage of minors now being reintroduced by the back door. Sex is not the issue, rather its relationship to power as instituted by patriarchy with the addition, over here, of a bigotted religiosity.

In short, even outside this “little French affair” the question for me is “for what reason do men exhibit their equipment the most often?” The rest of their person isn’t interesting enough? Or are they displaying as  a truncheon, the symbol of power? To them, this represents the instrument of absolute possession? I leave you to  ponder your lecherous thoughts, both hands in the air!…

As for the second question in my mind: “Why does a tale about a man’s ‘equipment’ produce more destabilization for you than would the revelation of huge scams?” Because I seem to note some fairly impressive ones in your fair country… Since your kid-president has been in power, and just as much before him too. But, strangely, embezzlements don’t make the headlines, they don’t deserve more than the fifth page. Except for a few lobsters that escaped from a holding tank and showed up on the table of a politician upstart in Paris, money issues get buried in the catacombs. You say this is because sex being sex, it titillates… And yet, money is where the true power lies.

Wars are conducted with money, not with the cock to the fore. Although… Rape is a favorite with the military. And even the so-called religious ones provided a strong example of this with ISIS. All of a sudden, I’m not so sure of myself.

I only wanted to give my opinion using an example from Parisian vaudeville, and here I am in the thick of things… Since I’m here, I may as well continue.

The Turkish flag is being dragged through blood again…and the country is hysterical, almost ready to support patriarchy while standing at attention for the Turkish forces on their road to Damascus. If that was what this was all about! Just a story of conversion…from nationalism to the acceptance of multiculturalism. But no, the Reis’ power instrumentalizes displaced civilian populations, terrorizing them while pretending to fight against one even more nationalistic than he is, enrolling and equiping recycled Jihadists. And our politicians applaud as a single man for each bomb that kills…Oh yes, we are some distance away from a little jerk-off, I told you. But all the attention paid to it only serves to hide the misery.

You understand that as long as wankers will lead the world, we won’t make our way out of the brothel.

And they go at it with both hands while they’re at it.