Turkey • An amnesty “the better to rape you my child” 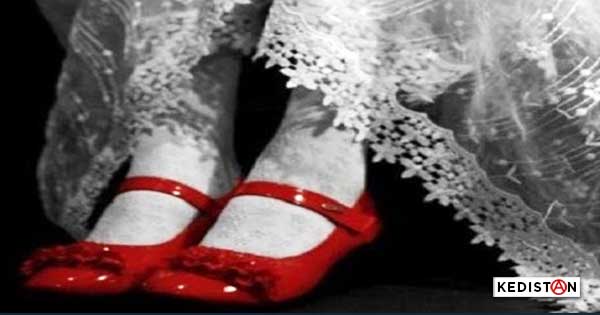 This huge initiative was launched by two platforms Nafaka Hakkı and TCK 103 Kadın in order to denounce yet another new proposed law that would offer a reprieve to the aggressor “when the child marries him”, conditional on the age difference between them being no more than 15 or 10 years. In other words, this amnesty opens the door wide to impunity…

The current debate at the AKP centers on the age difference between the child and the adult : 15 or 10 years? The latest news indicating that the majority would tend toward the 15 year difference. The projected legislation should ffollow discussion on the 2020 budget at the National Assembly.

Here are the arguments made by the organizations during the press conferences.

From deletions to reforms, as time goes by…

In 2005 already, a similar piece of legislation failed because of the struggle by womens’ organizations, associations for child protection and human rights. But the regime continued its underhanded work, step by step…

First, the obligation for a civil marriage prior to the religious marriage was abolished in 2015. At the time, the law condemned couples to a jail sentence of 2 to 6 months if they proceeded with a religious marriage prior to the official one. Defendors of rights had noted that, given this modification, many people would no longer marry officially. As a consequence, divorces/desertions, legal problems concerning the children’s affiliation and the attribution of alimony would increase, to the detriment of the children and of women.

Then, in March 2016, following revelations of sexual abuse on 45 children committed within a religious order handling housing for children, and  extremly close to the regime, then-minister for the family, Sema Ramazanoğlu spoke the follosing sentence forever inscribed in the history of Turkey. Insisting on the “respectability” of the foundation in question, she declared: “Once isn’t serious.”

In 2017, within the same reform authorizing religious authorities to perform civilian marriages, the State allowed the directors of civilian identity logs to enter births that had occurred outside all medical follow-up, on the basis of a simple oral declaration. This possibility became effective in June 2018 with the establishment of electronic registration. 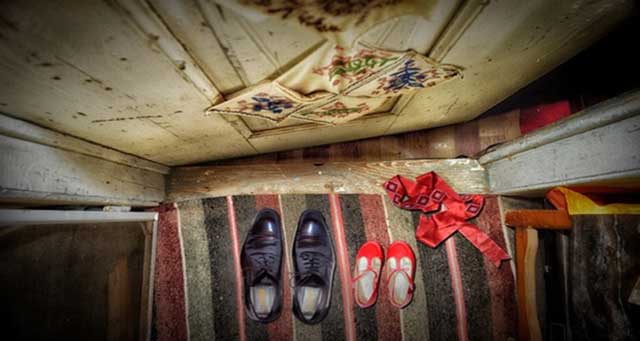 A careful look reveals that, since 2016, the regime has attempted to establish reforms and practices opening the possibility to forced premature marriages of children, and of rendering legal   facts of abuse on them. Despite all the protests and struggles by the organizations working for women and children’s protection, a pack of laws was promulgated in 2016 reforming the law on abuse of children. Modifications to paragraphs 1 and 2 of article 103 in the Turkish penal code lowered the age limit to 12 years. With this reform, abuse on children less than 12 years old are the only ones covered by heavy sentences, but no explanation was provided to public opinion on the reasons and arguments motivating the cut-off at the age of 12.

Since the age differential clause now under debate is of 10 or 15 years between the abused child and the abuser, in real terms, this means that a girl of 12 could now find herself married to a man of 27 or 22.

Erasing the crime of abuse through the possibility of marriage means leaving children facing the risk of further abuses, and/or of repeated abuses, thus condemning them to lives filled with violence.

In the continuity of this reform of 2016 making 12 the legal age, we now have the regime announcing a future amnesty…

The regime’s recent declaration that “We shall effect the amnesty only once”, is in perfect agreement with Sema Ramazonoglu’s declaration quoted above, and shows the coherence with which the AKP is determinedly pursuing its noxious policies.

The regime justifies its call for an amnesty by saying that “girls abused at a young age (of less than 12 years), then married (the law in 2016 allowing it), find themselves alone with their children and penalized following the sentencing of the men who committed the abuse”.  Women and child progection organizations denounce this by saying “it is as inhuman as it is irrational for the State to attempt legitimizing the sexual abuse of children with such excuses, moreover, without communicating on what data and research this is based. It is impossible to study the cases. Do the “torn families”, the “isolated victims” truly exist? How many are there? What are their circumstances, their problems?

“Despite the fact this is our main activity, we learn of the topic of amnesty through the media and in hallway discussions. If the aim is truly to protect the children and to avoid their victimization, women and child protection organizations have been howling out the solutions for years.”

“Do not protect the abuser, but the child!”

Religious officials who perform religious marriages on girls below the marital age, the families requesting these marriages and authorizing them, as well as the witnesses who close their eyes and do not carry out their reporting obligation must be condemned along with the official figures.

For example, medical staff have the obligation of declaring cases of abuse on minors received and treated in their establishment. The fact is that those among the staff who carry through with their declarations are demoted and relegated to the closet. We also know that the ministries of Justice and of Health are conducting programs in order to abolish this obligation. All of this, of course, in conjunction with the projected amnesty.

Yes, there is need of a reform: clearly indicating in the Turkish penal code that children of less than 15 years cannot be declared as consenting to sexual acts. Marrigeable age must be set at 18. And these matters must be inscribed in the laws, leaving no room for loopholes or legal interpretations.”

The deputies who do not support the government at the National Assembly have declared they would do everything in their power to stop the adoption of the amnesty law.

Religious and patriarchal pressure is strong in favor of these laws, in the name of a “Muslim Brothers” tradition at the base of the bigotted support the AKP does not want to abandon. That tradition supports abuse, denies childhood or turns it into an object, preferably in the case of girls…

In France, among other places, “affairs” of “literary pedophilia” raise questions concerning a certain sexual liberalism, that was socially tolerated less than 20 years ago, now re-qualified as pedo-criminality. Is the Turkish regime paradoxically claiming that type of predatory liberalism? All the better to rape you my child…

Official figures for the year 2019 have not been announced yet by the TUIK, Turkey’s Institute for Statistics… Let’s have a look at the “official” figures for 2018.

Need we remind the reader that this picture of Turkey suits a regime that has raised to the utmost its patriarchal natalist policy.