Havrin Khalaf, a war crime combined with a feminicide 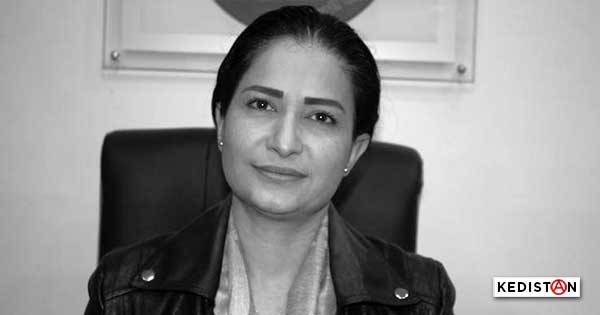 Havrin Khalaf (Xelef) was 35 years old. She was Kurdish. Her commitment to women in Northern Syria, in Rojava, was constant.

Islamist mercenaries took advantage of the Turkish invasion to murder her in particularly horrible and degrading conditions. It is one of the many war crimes accompanying the assault of Turkish forces and its Jihadist back-ups, combined with an averred feminicide.

May homage be rendered to this woman who, along with many others, labored in this part of the Middle East for the cause of women, democracy and peace.

Havrin Khalaf’s fight took her to the Muslim women in Rojava. She defended a model of man-woman equality. In this region where the tribes continue to provide a model of social organization respected by the Arab peoples, she had furthered resistance against the patriarchy among the women, many of whom had been subjected to it even more than before with ISIS developing its murderous ideology.

She was also a political activist, co-presiding with an Arab man the “Future of Syria” Party, and a member of the directorate of the Syrian Democratic Council, formed in 2014, after the re-conquest of Kobanê where the women fighters gave a brilliant demonstration of their ability in pushing back the Jihadists. Following the proclamation of a Kurdish, Arab and Assyrian federal direction in Rojava  in Northern Syria in 2016, she was thus one of the women who toiled so that women could handle, in equal measure with men, all the responsibilities for the construction of an open democratic process.

She fought for pluralism, the alliance between Kurds, Arabs, Turkmens, whether Muslim, Christian or Yazidi. For her, the fight was the same against Bachar El-Assad’s regime and against the Islamic State. The fight against patriarchy constituted its cement.

By the ignoble murder of Havrin Khalaf, by the furious attacks against her body, Jihadists wanted to kill both the woman and the ideas animating her. No one will believe in the chance occurrence of this war crime, perpetrated as soon as was announced the Turkish invasion and the American withdrawal.

The assassins thought this crime would go unnoticed in the chaos created by the Turkish offensive, with its bombings and tens of thousands of displaced persons (160 000, currently, according to the UN). And, indeed, it is only after the tribute she received at her burial that information became more precise and that some international media took interest in it. To our astonishment – and we wondered about this – even the Kurdish networks at the international level, undoubtedly submerged by the seriousness of the attacks, had not given this murder its real importance, and the symbolic force it revealed.

Indeed, on the same day, other war crimes were committed in the same area, often filmed by their authors, Syrian back-up troops to the Turkish army (“Ahrar al-Sharqieah”) in the forefront of the attack. These videos are in circulation and constitute as many proofs of the atrocities that were committed and of the ones to come, so much do they merge with the others committed in this war zone in the past five years.  In fact one the perpetrators on these videos has been identified as an Islamist recycled by the Turkish forces under the guise of the so-called National Syrian Army… And this is why the Islam-nationalist Turkish rag Yeni Şafak wrote on Sunday the 13th: “Following a successful operation, the Secretary General of the Future of Syria Party, linked to the terrorist PYD party, can no longer cause any harm.”

We wished to pay tribute to a civilian fighter for peace, a tireless activist for the cause of women, and a diplomat well-known  by several European leaders.

P.S. A declaration has just come from Geneva stating that Turkey may be held responsible for the war crimes committed by its acknowledged armed back-up troops.