Notes from prison 4 • Persecution in prisons, a deliberate policy 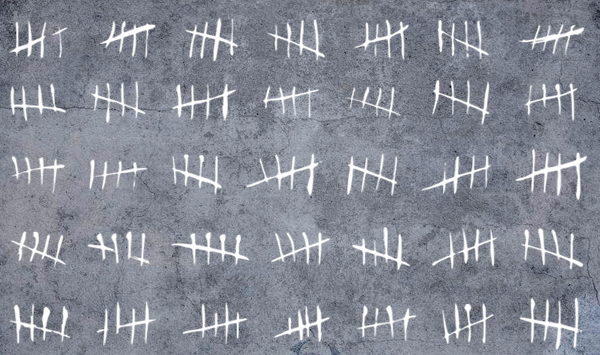 Note from Kedistan: In her previous article, Aslıhan Gençay promised a fourth and final paper with these words: “I wish to share with public opinion and the Ministry of Justice a further article presenting my demands and proposals concerning conditions in prison and the problems which I observed and personally encountered as a prisoner.”

She expressed these demands and proposals in an interview with Ekmek ve Gül. We therefore publish the translation of this interview, as the final element in this series of testimonials.

Aslıhan Gençay is a journalist who spent long periods of imprisonment in different penitentiaries in Turkey; she is one of the women raising their voices against ill treatments and forced strip searches. Today, she is released on probation but cannot forget what she lived through in prison and what she witnessed there…

In your opinion, is torture a practice in Turkish prisons?

In my opinion, although we no longer come across the savage tortures and eliminations that were practiced in the 90s, more “refined” policies, so to speak, are now used as planned methods of intimidation, submission, harassment in order to ’tame’ the prisoners. Their aim is as follows: having them understand matters so very clearly that they will do everything in their power so as not to be sent back inside.

Given everything I lived through myself and all I witnessed, I can easily provide the following analysis: I think the Ministry of Justice carries out a faulty policy against the prisoners – one aimed at taming them, teaching them to obey, playing at both priest and torturer toward them. The torturers are the administrators in certain prisons while the priest, of course, is the Ministry of Justice. For instance, when I was in the Sincan prison (Ankara) in 2016, the administrators of the establishment made a list of prisoners, political as well as common-law, who stood up for their rights, who stood up to the administrators. Then, as soon as the prison in Tarsus was opened, they deported all of us over there.

Conditions in the Tarsus prison were terrifying, no different from hell, the establishment was like a torture center. This was a deliberate policy implemented in order to crush rebellious prisoners. Everything you can imagine was forbidden, with no logic involved, and the staff were permanently aggressive. Disciplinary sanctions flew, the prisoners suffered every day. It was as if we had to start all over again from zero, we had to obtain the most basic human rights through resistance, even for something like hot water. At last, those who were capable of resisting did so, held on and what was happening in Tarsus was brought up to the light of day.

And what happened afterwards? The Ministry of Justice, as if it was not aware of anything happening in this prison, sent inspectors, had the prison inspected and some of the leaders and torturing civil servants were moved elsewhere.

Today we learn through Ömer Faruk Gergerlioğlu, deputy of the Peoples’ Democratic Party (HDP) that similar instances occur in Silivri prison N°2 (Istanbul). The aim is in persecuting prisoners, as much as possible during these few months, to work on their unconscious. My advice to all prisoners subjected to persecutions – their relatives who hear me can pass on my words to them – you must resist, you must hold on. You can be sure of it, all this persecution is not carried out because we can’t hear your voices, it’s a systemic policy. Hold out, resist, do not give up on your rights and on your obstinacy, even in the most blind of cells, so that these practices will end.

Garibe Gezer was also subjected to ill treatment, to sexual aggressions, her voice was raised in vain. How did you feel after her death?

Garibe’s story broke me, in the fullest sense of the word. Isolation drives you mad, and an overcrowded blockcell leads to fights and illnesses.

I think that for Garibe, the fact that she was a woman resisting,  meant the system attempted to tame her, to break her down through isolation. She was subjected to all kinds of things, but that was not accidental. I repeat, I think it is part of a deliberately implemented policy.

According to what I know, there is a program of “rehabilitation of radical elements” that the Ministry of Justice carries out jointly with Spain. Spanish prison administrators explain to our own which policies they use in prisons in order to “rehabilitate” ETA members, and there is also a joint working group. Garibe was a woman with an obstinate character, resistant and radical and this is the reason why she was never taken out of isolation, they constantly attempted to make her yield, they pushed her beyond her limits.

She made her first suicide attempt in full knowledge. She thought that if she died, there would be interest for the violations of her rights and, unfortunately, she was right. She played the guitar, she did embroidery, why would she want to kill herself? What happened in fact was that the administrators of the type F Kandıra prison N° 1 pushed her to commit suicide through their practices of intimidation, and through the insistent crushing down through isolations.

I lived through that psychological state of mind in the closed prison of Sivas, despite my experience and my level of consciousness. I was placed in a cell that was like a dog kennel, alone, isolated from everyone and everything. I was constantly told that I would never manage to get out of there and, at one point, I even believed it. That mental state is worked on in detail, it is a total tactic leading to collapse: “no one can help you, you have only one solution, obedience and subordination.” In order to overcome this psychological condition, I had to display a very strong will. This is why I understand Garibe so well, that I can feel for her with all my heart. Had she survived, I could write all this to her, I could tell her “hold on for a bit more, it will end”. When I heard of her death, I was petrified, to such an extent that I was unable to cry, my breath was taken away from me.  While I was attending to my daily routine, she was all alone, subjected to what I had experienced before her, and I had been unable to do anything for her. As a journalist, I will do everything in my power for justice. Let’s not forget, isolation is a torture, isolation drives you mad, isolation kills.

What did you witness in prisons?

What other difficulties do prisoners experience while in custody or after sentencing?

In the last five years, in five different prisons, I came across as many women who had been subjected to torture by ISIS, women who were attempting to survive in prison with their newborn, women who did not speak a single word of Turkish, women who were illiterate, and women who were totally ignorant of their rights.

The children saddened me the most. I must say that on the part of the State and of kind people, there is a certain aid for the babies and the children in prisons. Just about all of their vital needs have been thought of. But that changes nothing to the daily reality of the child living in a prison block. Even if there are daycare centers in the establishments and if the children attend the centers during the week, their life is still spent inside a prison block. Consequently, all the difficulties and problems experienced by their mother reflect psychologically on them also.

In Tarsus, we had a baby from Afrin, Lilaf. There was a baby in the quarter, but no crib… The girls made a kind of improvised crib with ropes and sheets. And one day, our baby fell from this crib on to the concrete floor, and on her head. Only after this accident did we manage through our cries and pleadings to obtain a stroller. And this was exceptional, just for Lilaf.

There are many conditions designed to smother the women. So-called “leisure” activities are forbidden for political detainees, we can only go to the sports hall once a week for an hour. The women are terribly bored. And if there is a disciplinary sanction, this sole opportunity is also suppressed. The detainees are entitled to one weekly phone call for 10 minutes duration. Yes, but what can one say, exchange, in so little time? The more the mothers choke on their tears, the more the children choke and cry…

When I became aware of the stories told by the common law detainees I observed that most of them had been pushed to committing various offences and crimes  for which they were incarcerated, especially drugs, by men. Their husbands, their lovers had accustomed them to drugs, then moved them over into the sales, etc. Then, the women pay the  price. The criminal field is a zone where gendered social inequalities grow as in an avalanche, and it is too easy to accuse the women by concentrating solely on the act committed, independently of the conditions and context. But the reality is almost always different. Socially gendered inequalities imposed on women are unfortunately ignored in the law.

What needs to be done to stop these ill treatments and violations of rights?

Aslıhan Gençay was born in 1974 and obtained a diploma from the Economic and Administrative Sciences Faculty of Izmir’s Dokuz Eylül University. Because of her identity as a leftist opponent, she was imprisoned for 10 years in 1992. She still bears the sequels of her “fast to the death”, hunger strikes, carried out in prisons in the year 2000. Following her liberation for health reasons, she began working as a a journalist. She wrote for the Radikal, Milliyet Sanat and edited the art and culture pages in Özgür Gündem. In 2016, a reprieve by the European Court of Human Rights was annulled and she was re-imprisoned for five years to carry out the rest of her sentence in the prisons of Sincan (Ankara), Tarsus, Kayseri and Sivas. She regained her freedom in May 2021. She is currently a chronicler for Davul Gazetesi and editor for an NGO.