Another sea, another country, other migrant woes 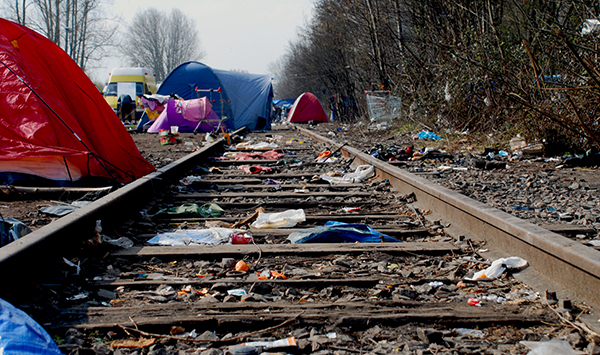 You forget everything you knew, you start learning many things you did not know.

By the way, what were you before?
A journalist?
How then did you write a news report, what was the main thing you wished to convey?

hose words are taken from the article titled “Dünya’daki Tanrılar çok adaletsiz!” (The Gods on Earth are so unjust!) by Arzu Yıldız, my journalist friend, no, my refugee journalist friend… For months, I have been living with a field and a rake in my head. The inside of my head has been lacerated for months by a stubborn rake. This rake, attacking my inner field relentlessly, in its burrowing finds nothing other than the question “in fact, what was I before?”, attacking me again and again, hitting stronger blows each time.

The “journey” I began several months ago and that was the first part of my adventures as a migrant “ended” in France, for the time being… What did I live through on this road, what did I witness, I will not speak about Because I wish this article to be about those waiting to begin new journeys, those who have not yet ended the first part of the adventures as refugees.

Since July 2021, when mine began, I did not pick up a pencil a single time, I was unable to do it. As if I had abandoned my words on the roads I was travelling. The trees next to which I passed inhaled by words, the ground on which I slept did not leave a single period, a single comma in my inner being. Since those days, all that remained were question marks I knew not what to do with.

Now, I’m on my way to Calais where, in France, is occurring the most intense “migrant crisis”, no, rather “the shame on human rights”. I don’t know if I can find the words I lost, on the tracks of another migration route. I don’t know either if this matters in the least, because even if, seen from another angle this may appear secondary, the most important duty for a migrant is to keep on going. In order to continue, you must wear the question “by the way, what was I before?”, the clothing of your new identity, the shirt of the migrant that may at times strike you as your only identity.

During the first week of my arrival in France, while relating my journey to a close friend, he said “forget it, you are lucky, those who weren’t are dead”. Perhaps he was right, it was useless fighting with the traumas, the ghosts. How much you suffered on your migration road, how much you were saddened, disappointed, exhausted, all this becomes insignificant, the minute you have reached the terminal, untouched. Because the seas, the forests, the deserts you have crossed are cemeteries… Then, you even feel ashamed to relate your own story, it strikes you as indecent to do so. This is why I turn my attention to Arzu’s second question: “How then did you write a news report, what was the main thing you wished to convey?”

I leave my own forest to go to another one, that of Calais.

“The fires that would have been set by migrants forced to leave the camp are still burning while the demolition work is ongoing.”

“The Prefect for Pas-de-Calais, Fabienne Buccio, announced “the mission was successful”.

“I was reported that migrants living in the hangar were a public health menace, distributed public order and that some 50 families living in the neighborhood had complained about the camp.”

These sentences are pulled from articles about Calais, published over the years. They are cold, fearsome.

The “successfully accomplished mission” dates from 2016 when the refugee camp in Calais, known as the “jungle” was evacuated. “A mission so successful” that one can’t find any concrete measures taken in the five years following, in order to improve living conditions for these people?

In the last few weeks, the collective “Calais Logement Pour Toustes” tried to occupy a ten-storey building that has stood empty for years, in order to make it available to migrants. On Friday February 11, the police forced the evacuation of the building in an operation assisted by helicopter. Already, while the activists were inside, the police surrounding the building had clocked all exits to any aid that could have come from the outside. Those interested about what happened can view the videos on Street Politics. 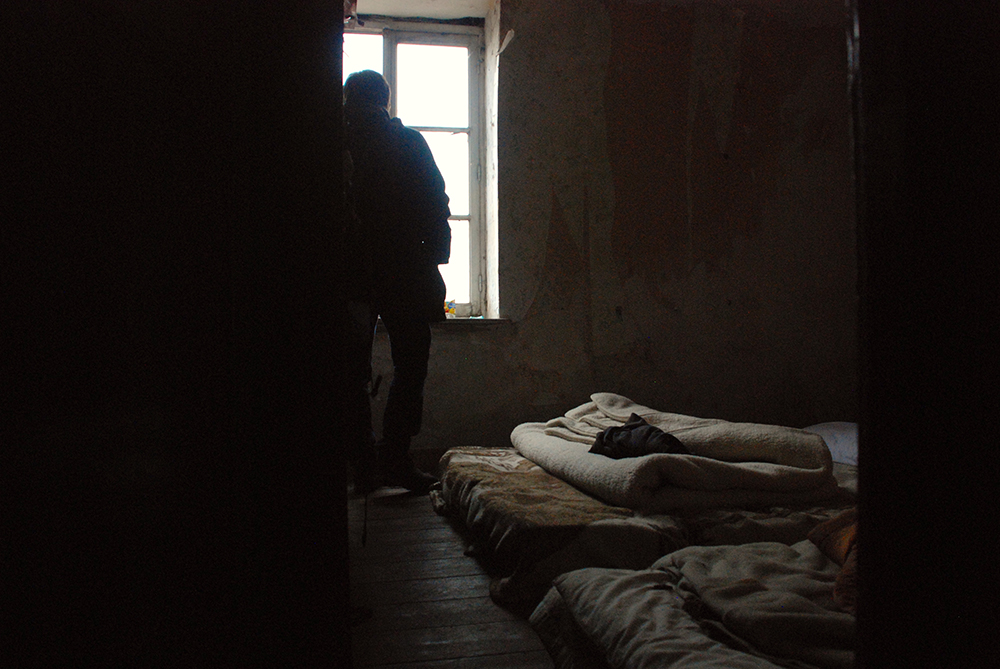 So, after five years, another mission was “successfully concluded”. The sheltering of migrants in another building occupied by the collective has been “authorized” temporarily.  On the day before I was to visit this building where some twenty people were sheltered, the mayor fo Calais, Natacha Bouchart, announced that Calais’ youth hostel was ready to greet Ukrainians all week, if necessary. Sudanese, Kurdish, Ethiopian, Iranian, Syrian migrants wouldn’t have minded receiving the same welcome…

For example, Ahmed from Rojava, whom I met in the occupied house devoid of electricity where the Sudanese migrants are usually living… For the past nine years he has been drifting from one country to another. Like many others, he dreams that his final stop will be in England. But this story of drifting ended, the day before our meeting, in the waters of the Channel.

Ahmed stubbornly describes the nine years of wandering from one country to another. “I reached solid ground by holding on to floating objects” in these Channel waters which, to this day and according to official figures, has taken some of 344 people who who died attempted to reach England from Calais.

“At first the smuggler said que would be 30. The number kept on growing. In the end, they crammed 48 people aboard a small boat and we left. The boat started sinking before reaching the open sea. We tried bailing out but it was useless…”

“Will you try again?” I asked him. “Yes,” he answered. This insistence on “not giving up no matter what happens”, is a common one felt by all those who follow that road, I think. At least, it strikes me as very familiar. We share another “familiar” feeling, in terms of food. We prepare “baba ganush” 1Dish of grilled and pureed eggplant seasoned with crushed sesame butter – tahini -with added garlic, lemon and olive oil. A recipe common in a number of Middle Eastern countries, mixing the aromas of grilled eggplant to an evening where we speak Kurdish in northern France, kilometers away from our country… 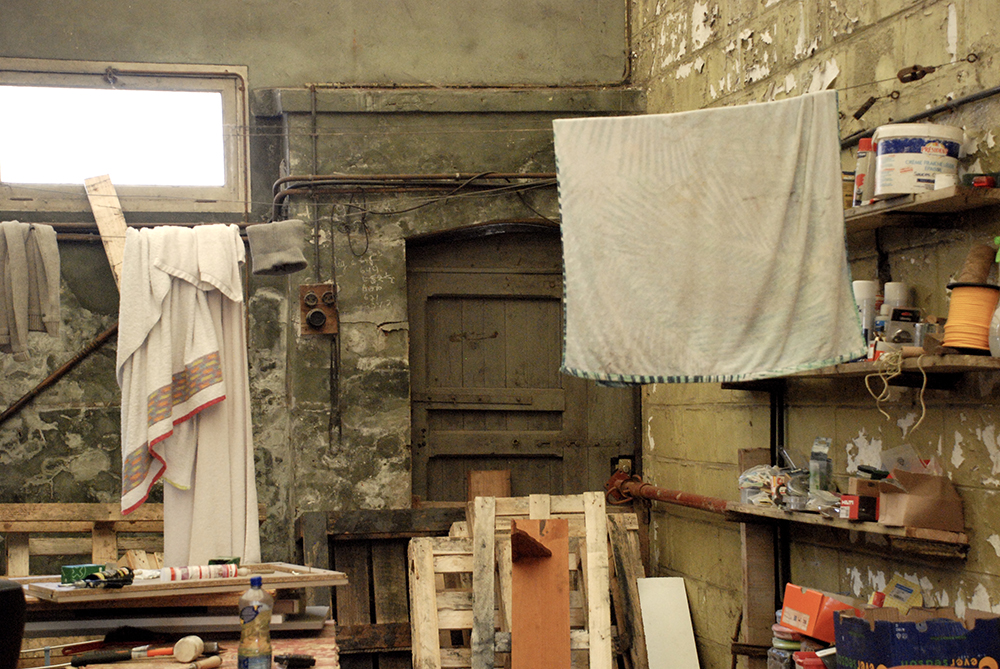 According to data compiled by the BBC, at least 28 431 migrants crossed the Channel aboard small boats in 2021.

Smugglers ask approximately 2 000€ for a passage aboard.

But this is not the only port of entry into Great Britain. Some migrants attempt to hide in trucks heading for England. One Iranian migrant tells me he attempted this twice in one week, but failed…

War generated indescribable suffering as well as inequalities that cannot be qualified. Balancing victimes of conflict and war according to their belonging to Europe or to areas further removed is parsing out injustice Yet, among migrants, we recognize one another, whether our eyes are blue or not…

I saw children with beautiful eyes in Grande Synthe, approximately 30km from Calais. They slept under tents lined up along a railway. Women, men, children, there were about 50 to 60 people there. Most were from Başur (Southern Kurdistan in Irak) and from Rojhilat (Eastern Kurdistan in Iran).

A family answered the question “Why did you leave Başur?” : “For freedom”. Two brothers, their wives and four children in total, have been on the road for six months. And for the last month, they have been living under this tent, in this encampment.

“It’s harder especially for the children, particularly at night, it’s very cold…” says one of them. We talk about our jobs, the lives we left behind us. One of the brothers asks: “Were you a journalist before?” I answer, “yes, and now I am a refugee”…

The families from Basur and Rojhilat explain to me why they want to go to Great Britain:
“The European countries have rejected the requests of a number of our acquaintances who passed through this camp Or else, the process moves too slowly for us. We don’t know the reason for this but, based on these experiences, we want to go to a country where we could received a residency permit more quickly, find some work and get on with our lives.”

England is this country people dream of for the time being, over here.

I would so much wish that he were wrong… 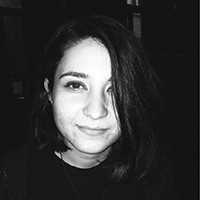