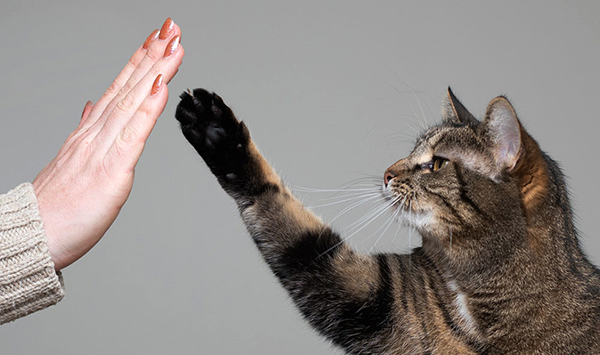 Indeed, Kedistan magazine was created in early October 2014. Its name intrigued some, angered others because of its voluntary analogy with Kurdistan, or bothered others by its tone, one we never wished to filled with jargon or too much seriousness.

Talking about current news from a section of the Middle-East bloodied by wars does not force one to resemble a prison door. There are enough of those in the region, as our Kurdish and Turkish friends know only too well.

Ha, and there’s something else that’s divisive: our choice of “inclusive” writing. We don’t overdo it, as our readers know, but our authors use it well, as a constant reminder of our commitment to supporting all feminist and LGBTIQ+ struggles.

Because, yes, Kedistan magazine is  one with those who speak up, permanently or on occasion, or through articles that hold our attention that are not “objectively neutral”. We have a point of view, or even several, and we insist on expressing them. Elsewhere, this is known as an “editorial policy” and is usually not mentioned as such in mainstream media. At Kedistan, yes! And in these brown-colored days, in France for example, you only need to look at media headlines to realize the exent of the hypocrisy.

Our analysis on Turkey is not done through a Kemalist viewpoint, for example, nor is it “Orientalist” with nostalgic reminiscences of imperialist neo-colonialism affecting the Middle-East.

Our support for the Kurdish movement also holds to a red line bordering demands for autonomy and nationalism, and we rejoice over every advance in Rojava, contrary to the situation in Iraki Kurdistan.

We never publish, and never will, factual information simply for its shock-value in provoking indignation. We have no aspirations to be a Kurdish or Turkish Paris Match meant to attract the passerby, be it on the magazine or on social networks. For us, what matters, is that a reader leaves an article with the feeling of having understood or learned something, found an answer to a question, or simply enjoyed reading, rather than leaving simply “furious” and indignant.

By strolling through the opening page of the website you can catch a glance of our interests, including that of political ecology.

Seven years ago, when Kedistan published its first article, there were few media interested in Turkey other than to raise the question “is it European?” Although a number of researchers and historians worked at demonstrating how the presentation of Turkey in western media was falsified by the “national narrative” used for the past century, in which “Turcity” expresses a toxic nationalism, all European media went on expressing the notion that  in Turkey,  a “Turco Islamic” synthesis had dethroned a “Secular Republic.” Again, each observer pulled these analyses toward debates occuring in their national political arenas. When the extreme right, through Erdoğan, is not busy blowing on the hatred of Muslims, racism and xenophobia. In this sense, Kedistan represented a novelty at the end of 2014 and in 2015.

In 2015, the Turkish regime unilaterally broke off peace negotiations with the Kurdish movement. This followed on the marked Kurdish upsurge in the 2014 elections, notably in the local elections. The Syrian North saw the first victory of the Kurdish forces, including great numbers of women fighters, registered against ISIS in Kobanê. Under the circumstances it was only to be expected that Kurdish autonomy should be brought forth and locally called for in Kurdistan. For Kedistan, the year 2015 involved close relationships that gave rise to links that are still active. Our strong relationship with the Kurdish artist and journalist Zehra Doğan began that year. Later transformed into friendship, followed by the campaign for her liberation, it remains an ongoing collaboration. In 2016, Kedistan provided logistics for a campaign in favor of author Aslı Erdoğan‘s liberation and the refusal of her life sentence. We still maintain close ties with her, now that the moths, always hungry for notoriety, have stopped using her as a lamp post. And her legal troubles are far from over, now that she is in exile.

In 2019,  Kedistan also offered logistical aid for a new campaign in favor of Nûdem Durak, a Kurdish singer imprisonned in 2015 and sentenced to 19 years in prison for her artistic commitment. Zehra Dogan was one of her prison companions for a time in Mardin. The collective, set up outside our purview, at the initiative of a number of personalities, continues its action, disregarding the advice of some who consider that highlighting “names” in this way is a bad practice which smacks of an “Orientalist”, “external” approach…

We have always felt useful on these three support campaigns among others, not content with denunciations but providing practical help to individuals, in direct support with the families also, based on the principle that a prisoner whose name is constantly talked about acquires a kind of “protection” this way, a fact that has never been denied. Opportunities to participate in these actions are not lacking. See on our introductory page.

This is how, over 7 years, the Kedistan network and its team changed and became diversified without its small core elements ever renouncing its initial commitments.

The Middle-East, Syria and Turkey in particular and the so-called “migrant crisis” drew closer attention from mainstream media to these wars, and several other dedicated websites were born between 2016 and 2019. Kedistan‘s editorial readership has thus stabilized at a most satisfactory level for us, although it now represents two-thirds of what it was between 2014 and 2017, passing from 2 million 200 thousand annual visitors to 750 000 in 2020.

The tendency in 2021 should indicate a bit less then 500 000 with a strong English-speaking component, along with a stable readership in Turkey.

So, is celebrating 7 years with a diminished readership truly reasonable ?

We are aware of the fact French-language readership has strongly diminished in favor of permanent zapping on social networks and that in France itself, political interest is focalized on the domestic situation, congruent in this with the growing sovereignism expressed by  the left. Yet, analyses of the Middle-Eastern worlds, of its positive experiences such as that of Rojava or the negative evolutions in bigotted Turkish nationalism are always there to illustrate where nationalistic political drifting leads. More then ever then, the A in Kedistan takes on its full meaning, even if this displeased some  in these days of sordid wranglings in French electoralism.

On the advice of friends, we have voluntarily slowed down the rhythm of our publications.  Even if we do not comment such and such an event on Kedistan, the world will go on spinning. And if there is fewer daily “news”, this has not stopped the daily average time of readership by individual visitors to stand at about 6 minutes these days. Less, but better, in the struggle against the permanent zapping around the momentary buzz.

We maintain the “Kedistan tool” as well as its archives and we may modify its presentation slightly, beginning in 2022. We are fiercely committed to it remaining totally free of charge, its absence of advertising links and the consulting comfort of our readers, even if this has a financial cost, covered so far by contributions and human dedication (all are authors are volunteers).

A huge thank-you to all those who read us , for your trust, and to all our authors, permanent or guests, with whom we share these wishes that Kedistan may cross yet another year.

And don’t forget, subscribing is free of charge, with nothing but a current email address, with no need to provide private information, and you will receive each weekend the detail of new articles. Then, it’s up to you to support us, by sharing links on your favorite networks.

With a big MIAOW, a candle, and extra kibble in the kitty bowl.