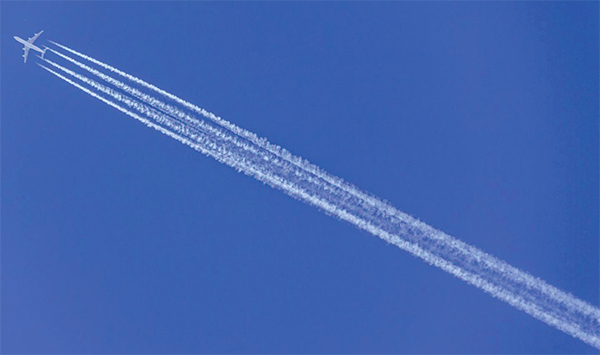 You may be surprised to find an article commenting the Pope’s visit in Irak on Kedistan, but we considered important to provide another point of view than that of the usual defendors over here of the “Christians of the Orient” that are usually more on the “Crusader” model than on that of good Christians.

Indeed, apart from the factual reports with photos, many of the media comments in Europe came from those who regularly attack Islam and immigrants assigned to the Muslim faith. The vigorous staging of “Oriental Christians massacred in the name of Islam” during these past years in Irak and in the Middle East is a recurring theme in the xenophobic environments of the right and extreme right. And if this requires shamelessly amalgamating the Yazidi populations with “Christians”, these commentators will not hesitate for a second, so as to talk of “genocide against the Christians” and the “Islamic threat”.

We also thought it would be useful to comment this visit by Pope Francis in Irak, beyond the “ecumenism for peace” provided as the mainstream tonality.

On site, this “official” visit found more resonance within the populations, Kurds in particular, than at the level of the Iraki State. In fact, although this State is dominated by the pro-Iranian party, it has become the shadow of its former self. It is confronted by economic ruin as well as by pro-Iranian and/or nationalist militias fighting one another over who exerts the most power. The street is against it, the glut of gas feeding both corruption and social misery. In this context, where insecurity combines with the risks from the pandemic, the government is reduced diplomatically to the pomp of a papal visit. It is thus paradoxical that this visit should have proven more extensive in territories that are not directly under governmental administration, apart from the ceremony in Bagdad’s Chaldean cathedral.

The term Kurdistan was pronounced, as a kind of “recognition”. At least, this was the interpretation placed on it by the Kurds of Irak, who went so far as to suggest in their comments that Pope Francis might be the carrier of a “new Western vision” in the context of the changeover in the White House.

Two symbolic terms specific to the Vatican, the “inter-religious dialogue”, this time with the Chiites, and “peace and reconstruction” took up the major part of the meetings, there again scaled down officially for security reasons. Compared to the young age of the Iraki population, the image of the two old men, ayatollah Ali Al-Sistani and Pope Francis is a striking one when they claim to speak about the future.

Despite the “high security”, there were a few “popular moments” that were not simply planned and staged mobilizations of crowds. And the “official” words acknowledging the “suffering”, “murders”, “rapes”, “enslavement” were “new” for these people, since governmental authorities do not pronounce them on their own, being permanently embroiled in political divisions and repression of protests. These emotions expressed by the Pope could not be interpreted as other than a “Western” recognition, yet will not be followed by consequences. And of course, these talking points were about the Christians remaining in Irak after ISIS assassinated so many as “infidels”.

For Iraki Kurdistan, this popular perception combines with the ambitions of the Barzani clan currently in power in the Iraki entity.

Thus a political aspect, rather than a religious one emerges as a general feeling. And necessarily, a reading of the gaps is what matters most.

Our friend Zehra Doğan, presently in Kurdistan, intervened yesterday precisely on this topic, when answering questions on a TV station.

Calling on her status as a journalist, she described very well this popular interest in the Pope’s visit, and the way in which the Barzani clan claimed the credit for it, when this very political clan is responsible for social misery and division. She also denounced the way this same clan made claims counter to the truth concerning the aid and the saving of the Yazidi populations. “How can such a high ‘international authority’ as a Pope, as informed as he must be, accept that still be hidden the way the Peshmergas abandoned these populations when ISIS advanced, and the abominations that ensued? Why not go to Sinjar in order to meet and collect testimonials, and say who truly rushed to their rescue? What real pressures were exerted to avoid his going there?”

These questions illustrate both the instrumentalization of this visit by the Kurdish nationalist Barzani clan for whom Kurdistan is in no way the political unity of the Kurdish people in a model based on multicultural and multi-religious living. And Zehra raises the question of the absence of any mention of Rojava in the evocation of a territory of peace.

As will be understood, the political abandonment of the Kurds by those known as the “international community” will barely be evoked by this papal visit. Even the illusions it may foster will serve the nationalist cause, currently composing constantly with Turkey in its demands against the Kurdish unit in Northern Syria.

Thus there is no subliminal message to be read in the visit by the leader of the Vatican. The dominant political aspects in it may well provide a hint at a shift in American policy, with its eyes set on the Iranian presence and on possible negotiations for the reconstruction, and, obviously, on issues of control over fossil energies.

If the Kurdish part understood this as a recognition, you only need to step back to note how the Syrian democratic forces in Northern Syria have been betrayed and isolated, to see how, once the plane has barely taken off, the papal sequins scatter on the ground.