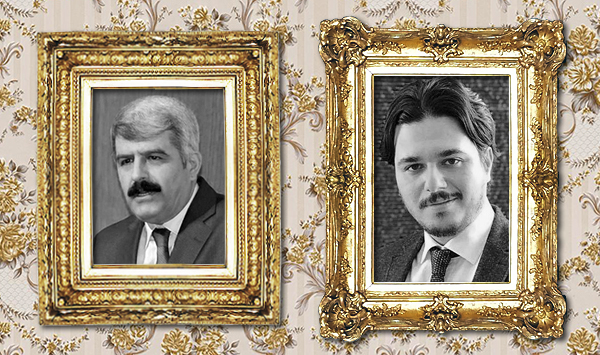 Last February 11th, we learned a new “information prohibition” had landed. This censorship practice by the regime is now part of well-established habits in Turkey… The prohibition decreed by a tribunal, denies access from inside Turkey, to the information thus designated.

This time, the information prohibition is about the “Taha Hülagü” case.

Here is yet another example worthy of featuring in the “corruption” dossier next to that of Erişah Arıcan, who wrote the doctoral thesis for Berat Albayrak, Erdoğan’s son-in-law and ex-Minister, and found herself lifted up to President of the Stock Market or that of the rise of Elif Yetim to a senior management position at Turkish Airlines, stories revealed by Metin Cihan, examples among so many others.

This time, we are dealing with another saga in which the main protagonists are a father and his son.

The father is Sadettin Hülagü, rector of Kocaeli University whose son’s name is Taha. As soon as he obtained his university diploma, Taha was nominated as Director of SEKA, a municipal museum in the Kocaeli metropolitan area. But his rise did not stop there: Taha went on revving the motor for a further ascension… Just as suddenly as for his first nomination, and without benefit of any exam, he became “principal court clerk” for the municipality of Kocaeli, which is managed by the Justice and Development Party (AKP), by the way. The young man spent an entire day as a court clerk; this was sufficient to enter him as a “civil servant” and he was then shunted through a lateral move to the “Presidential public diplomacy Agency”.

Which attracted the attention of opposition media. As can well be imagined…

Taha Hülagü was not pleased about this. At his request, with an allegation that the facts were not true and were a blemish on his honor, his dignity and his reputation, the judge at the Kocaeli court settled the matter… He reached the conclusion that the press articles were “of a nature to provoke and incite public reactions” and that “the facts were not up to date” since similar articles had been published before and published again, months later… As if, over time, abuses had become normalized… So, “the rights of the person Taha Hülagü had been violated.” Access to articles regarding his nomination, published on 13 different platforms were blocked and the articles had to be suppressed.

Thus does justice protect the AKP’s new daddy’s boys while, at the same time, annulling acquittals that had already been pronounced in the interlinked trials against the opposition.

This is how, since their rise to power in Turkey, this new caste has been slowly created, almost an enriched social class around the AKP, one that is recognizable in all large cities by its exterior signs, its fashions, its attitudes and which has been grafted onto the older ones born of earlier power structures.