“Men should know their place”, #erkekyerinibilsin 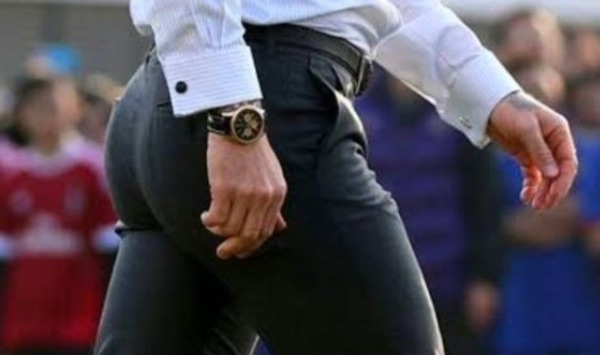 On the evening of June 3rd, a campaign began spontaneously at the tip of fingers of twitterers in Turkey, shooting back at men sexist remarks women hear daily.

At the origin of this explosion: a simple tweet by a user who expresses surprise at seeing these few words raise a huge wave: “My husband, can work, I wish him to do so.”

Under this first tweet, answers start landing, always in the same tone: “You are crazy, a man’s place is in the home, he must take care of the children”, protests the one. “Oh, but I allow him to”, says another, to which a third adds “we both work but since I’m a very tolerant woman, I help him, sometimes, I empty the dishwasher.”

And that is how the hashtag #erkekyerinibilsin was born, which you could translate as “Men should know their place”. “Knowing your place” being a variation on “knowing your limits” (haddini bilmek, in Turkish), the expression which in an informal way is aimed at those who “go beyond authorized boundaries”.

You have understood that this is a “reminder” women hear often, for we all know that women must stay within the limits defined by the dominants in the established order, meaning men, yes?

The best known in the context of “knowing your limits” is that sentence Bülent Arınç pronounced in 2015 when he was still Erdoğan’s Vice-Premier; speaking to Nursel Aydogan, a deputy of the HDP at the National Assembly, where she was “interfering” during his speech he said: “Madam, shut up, as a woman, shut up!”. Translation “remember you are a woman, respect the boundaries”. But there are legions of examples and variations on this and other calls to order.

Bülent Arınç’s words are inscribed in letters of gold in the Turkish collective memory, among other incredible finds, translated by the dean of Kedistan‘s contributors, Mamie Eyan as “When the Imam farts, the faithful excrete.”

But let’s get back to our hashtag and “men should know their place”, by golly!.

I caught the wave on Twitter late in the evening, it was impossible to miss. Under #erkekyerinibilsin, hundreds of thousands of sexist insanities, hatefully discriminatory, hurled at women, rained down both angrily and humorously in an inverted format, meaning by replacing the word “woman” by “man”.

Some examples? All right…I’ll give them to you in the ‘man’ format. If they sound strange to you, mentally replace the word ‘man’ by the word ‘woman’ and you will understand immediately, even without speaking Turkish because these used and “abused” expressions are most picturesque. You’ll see, everything is covered, from the words spoken by ministers to the gossip in a bar…

In no particular order… 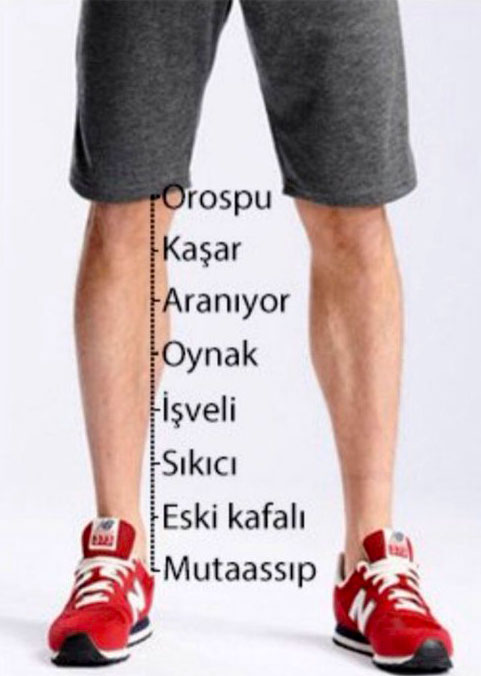 Men are flowers – A man is the decoration of his home – When men pursue studies, women can’t find any men to marry – Universities are dens of prostitution, you won’t find a single virgin male there – It’s because men go looking for work that we have unemployment – If the family had kept an eye on their son, he wouldn’t have gotten raped – Whatever you do, don’t get divorced women will come flocking to your door – You have no business being alone on the street at night – Some men are meant for fucking, some are meant for marrying – A car like a boy (meaning not used, “zero km”) – Wedding candidates don’t care about your diplomas, they look if you cook a good pilav – A man with his hands in the dough, mustn’t get involved in women’s business – Sorry darling, I couldn’t help myself from having sex with the neighbor. It’s normal, I’m a woman, it’s physiological.- Did you ask me for permission to go out? – If he was raped, he must have gone looking for it – A man’s place is in the kitchen – A man’s only career should be paternity – He’s wearing shorts, obviously he’s “looking for it”. – Darling, you won’t work anymore once we’re married – We really have to include a man in the round table or it will look strange – You bet, he must have gotten the promotion on the couch – Religion forbids men unaccompanied by a woman to drive at over 90 km – My car got smashed on the parking lot, must have been a woman again – Fat men shouldn’t wear leggings, it hurts the eyes. – We have a girl! Go ahead, show your pussy to your aunties! – You’re unable of giving your wife a girl, why did you ever get married? – You can’t ask a woman why she beats her husband – There are no ugly men, only some who have let themselves go. 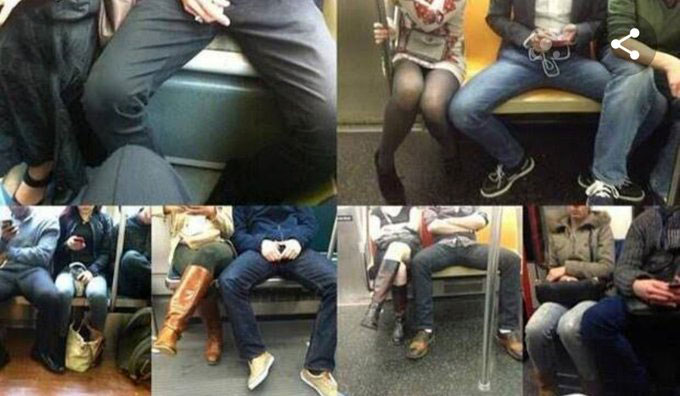 A man must know how to walk, how to sit correctly.

Oh and there are the proverbs too… Ah, these proverbs, those long-preserved ancestral sexist thoughts. They are also shared in the inverted versions but this time, I’ll only provide the originals and only a few examples:

There must never be lacking a stick for her back and a baby in a woman’s belly – A man can love and hit at the same time – A woman who leaves her parents’ home in a wedding dress comes back in a shroud – You can’t trust a woman or a horse – There is no worst enemy than a woman who smiles in your face – You can no more expect goodness from a woman than healing from a poison – An aging man becomes a ram, an aging woman becomes nothing – a woman’s intelligence lenghthens at times, and sometimes becomes shorter – Women’s business is like the hen scratching at the ground – A widowed woman is a devil – A woman without a man is like a horse without a bridle…
And I’m leaving out some of the best ones…

In fact, I hadn’t planned on writing an article on this topic. Then I saw the number of men reacting on the networks, howling in anger and declaring that “women aren’t funny” or again saying they had “had enough” and “that was enough”. Every three days, they have had enough of what women endure every day and from times immemorial. “All right”, I said, but I didn’t start writing yet.

But when I saw the following declaration, I had to tell you about it.

Concerning the #erkekyerinibilsin launched on social networks as a means of sensitivization, KADEM (Kadın ve Demokrasi Derneği) “Woman and Democracy Association” rushed to declare:
“Insofar ad justice and the law are concerned, the existence of woman and man in society calls for reciprocal respect and tolerance. This stream, born as an accentuated form of empathy, has reached dimensions contrary to our values and convictions. We denounce this situation, and refuse it.”

KADEM is a civil society that purports to be “engaged in advocacy in order to deliver women’s human dignity.”. Sümeyye, Erdoğan’s daughter is its vice-president…

The association reveals its colors from the word go on its website: KADEM is “Engaging in academic studies to develop a new discourse through going beyond the established  social acceptances and the  problematic areas of modern East-West frame of mind with respect to women studies.” To this purpose, it intends to “Engaging in lobbying activities at national and international level. Developing a social consciousness that the sharing of roles between men and women can only be realized by considering the balance between rights and responibilities.”

All the denunciations around the #erkekyerinibilsin stream point precisely to those “roles”, defined and attributed to women and men, by a moralizing society easily given to immorality. These “roles” are precisely what legitimizes and encourages the fact that women can be locked up, insulted, assaulted, abused, raped, assassinated in all impunity…They are precisely the very reasons for which we relentlessly repeat “feminicides are political!”, “assassinations of trans are political!“

This statement presented as a “primordial duty” is neither a first nor a surprise, seeing the nature of the association publishing it, extending like a feminine civilian arm defending the policies of the nation’s “father”. But what is unbearable is the fact that women should be the ones proceeding to this “sacralization of man”.

But isn’t it a common occurrence that those who are unconscious of their oppression always make the best defendors of their own oppressors and tormentors?

Headline illustration: Found on twitter “Look at that ass, what sons are the fathers producing”