Good Timing, I had nothing to say 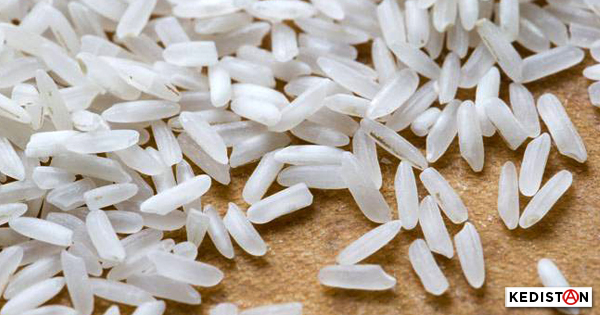 Yes, since you can’t write a single word in this crazy country without falling under the prescription of a decree, let’s say my candle has burned down.

I should take advantage of this to give you the recipe for cooking pilav. Apparently, I have a reader who needs it.

But even there, depending on whether I give you Anatolian versions or those from Bakur, I’ll be accused of attempting to the unity of national gastronomy.

Our writers are in prison, so are our best journalists. This way, the one does a reportage on the other, in the intimacy of the cells. Enough to fill the columns of literary magazines for years. Apparently, their lawyers no longer need to move around in order to visit them, since lodgings are also provided for them. No doubt attracted by the light, political men and women have gone to join them.

The prisons turn into miniature little Turkeys where cohabit all social classes, all professions, all the unemployed, both men and women.

So, as I was saying, nothing happened this week. The snow was white, then black as usual, so as not to offend anyone and also perhaps a bit because of the soot coming from abroad, just so as to mess with our fine national unanimity.

Parliament parliamented, then voted, in a fine national and democratic surge. They were so excited at the thought of modifying our beautiful constitution that, while making wide whirling movements with their arms, they unwittlingly sent a woman deputy of the HDP to the hospital. Were also missing a few deputies, detained elsewhere along with the journalists who had given them an appointment in their little Turkey. But I’ve already talked about them.

A few hundred agreed among themselves to keep their jobs and henceforth, to diminish their workload since it will be transferred to the Palace where government will proceed by decree. They even voted financial savings for the Nation by deciding on the principle of suppressing the role of prime minister. After all, a President is enough, non? They won’t even have to vote anew on the state of emergency, since it is now permanent. And in, any event, they will have enough to occupy their mandate by discussing the lowering of the age of sexual majority and the number of children per woman. So, apart from this slight change in the constitution, for which we will democratically be asked our opinion, the week was quiet.

Yes, of course, there were the usual meetings of macontents or of non-Turks, but that can’t be helped… Oh, I almost forgot. You remember the record store Velvet IndieGround in downtown Istanbul. It has been closed permanently. Things are getting hard for small shop keepers.

Oh yes, they arrested the Reina assassin… A terrorist, we knew that already. But what is surprising is that he isn’t like thousands of others. You could also be a terorist without being a writer or a journalist? And not even a memeber of FETÖ either! They’ve uncovered a mutant… The occasion gave us the opportunity of appreciating the physical efficiency of our police, at the sight of the photos… Apart from this, there’s nothing to add.

No, really, our head of the Palace is right. “O World, O Europe? Why do you want to give Turkey lessons?”

All right, the pilav is cooked, I’m off to set the table. I’m having Putin for dinner. 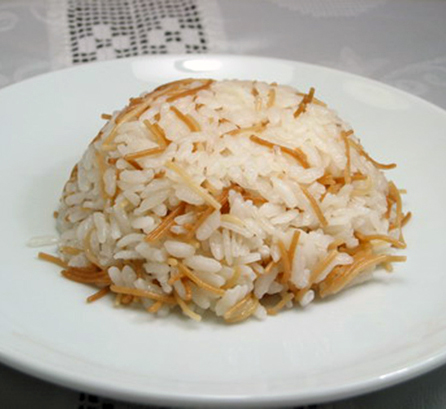 You will need butter, rice, water, salt and pepper. Basmati rice works well but you can try with other varieties.

Choose a water glass. It will serve as your measuring cup. As we are two for the meal this evening, I’m providing quantities for two people. If you’re organizing a summit, multiply quantities accordingly.

Pour 1 glassful of rice into a bowl. Add salt and boiling water. Let the rice soak for 10 minutes. This will eliminate some of the starch so that once your pilav is cooked, “each grain of rice can be autonomous” as my grandmother used to say. In other words, so your pilav won’t stick… After ten minutes, pour out the water and rinse your rice several times under running water, until it runs clear.

Melt the butter in a non-stick saucepan – about two tablespoons, for instance… Of course, this depends on your own taste. Melted butter in the bottom of the pan perfumes better than butter made to melt in the rice, once cooked. You can also use olive oil instead of butter.

If you want to gussy up your pilav, you can use your imagination at this point. For example, you can add a handfull of angel hair pasta, or almonds or pine nuts for a deluxe version. You let them brown a bit over low heat in the melted butter. Once they are golden, you add your rice.

Immediately pour in the water. How much? For one glass of rice, 1,5 glasses of water, my child.

You leave over a high heat, but keeping an eye on the proceedings. Wait for the moment when you will start to see “eyes on the surface”. Yes, I know, you’re wondering what I’m talking about. Well, “don’t worry, when the eyes will show up, you will know” my grandmother said when I prepared my first pilav. And she was right. So when your rice starts giving you the eye, the time has come to remove from high heat and to set it, covered, on the lowest heat possible. This is the time to add salt and pepper.

The rice will absorb all the water and your pilav will be ready in approximately 10 minutes. Give a look from time to time to make sure it doesn’t burn on the bottom. You can also stir for a look. But don’t overdo it, so as not to let all the steam escape all the time.

When you remove the lid saying “it must be ready now”, and you see that it is indeed ready, this means your timing is excellent and the grains are “autonomous”; you now have your pilav diploma. No more arguments over messed up rice at the table.