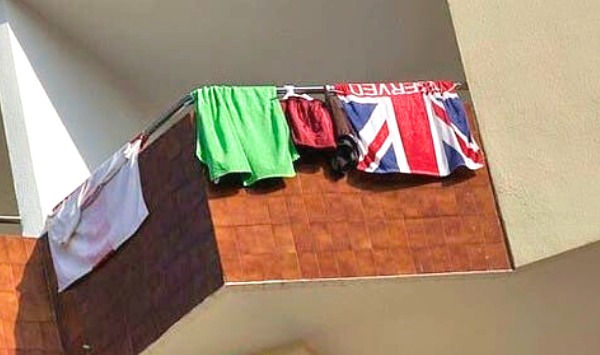 May 19 is a national holiday in Turkey. As a brief reminder, thanks to a law promulgated on June 20 1938, this date has become the “Celebration of Youth and Sports”. Its name was changed following the military coup on September 12 1980 to “Commemoration of Atatürk, celebration of Youth and Sports”. It is celebrated as a commemoration of Mustafa Kemal’s landing in Samsun, on May 19 1919, this being considered in official historiography as the date on which began the Turkish war of independance.

Mustafa Kemal Pacha, named as inspector of the troops of the 9th army on April 30 1919, charged with supervising the dissolution of the Ottoman army as imposed by the Sèvres Treaty, left Istanbul for Samsun with his personnel on board the steamship Bandırma. When he set foot in Samsun on May 19, Mustafa Kemal launched the National Turkish Movement, in contradiction with his orders, thus initiating the movement that would lead to the Turkish war of independance and, finally, the proclamation of the Republic of Turkey in 1923.

In those corona-free days, during the celebrations, youth sang the national anthem, recited poetry, marched and gave demonstrations of sports, of folklore or of epic theater, more or less spectacular, depending on the regimes that have succeeded one another during the past fifty years. Official buildings, homes and commercial buildings are decorated with the oh-so-sacred flag in Turkey…

In Kayseri, a “stranger,” later identified as Iranian, wishing to let a towel dry on his balcony, provoked indignation. An incident which led of course to the series of usual procedures: arrest, custody, opening of an inquest crowned by several official declarations from the governor of Kayseri…

The hapless fellow was out of luck, his bath towel was printed with a British flag! It could not be anything other than a “threat”. It could not just be a household item set out to dry. For it was thus “exposed”, and particularly on that date, on the very date that marks the beginning of the war of independence, now a national epic sublimated with the climactic image of Atatürk “throwing the British into the sea”, meaning “sent back to where they came from”… The man drying his towel was then suspected of provocation, insult, even a snide attack on the sovereignty of the Turkish State; moreover, as a “stranger”, he was probably an interior instrument of “external forces” so keen on “destroying this oh-so envied country.”

Measures against the malevolent act!

As informing on neighbors has been encouraged for years, officials, citizens and internauts are “invited” to constantly denounce via web services and special phone numbers available to this end. All it took was a phone call from the offended citizens… Some videos show the man at the foot of his building, being led off into custody, while the neighbors cheer and applaud his arrest and the glorious national police…Phew, the country is saved!

The office of the Kayseri governor then declares that “the necessary legal procedures were undertaken following the man’s arrest.” He would be guilty of the offense of “insulting the Turkish Nation and the national flag.” Anyone committing this offence in Turkey is liable to incur a prison sentence of six months to three years.

There is nothing surprising in the fact that a towel set out to dry in the sun could cause such problems to its owner in the Turkey irrigated by nationalism down to its tiniest veins. A country where Turcity has been intensively cultivated for centuries and where the peoples composing the mosaic on these lands are locked into extreme polarization between themselves and in their own midst.

Orhan Kemal Cengiz published the following article on P24. We offer its translation…

The towel, Kurds and Democracy

Can a towel explain why democracy never arrives in this country?

If it had a tongue, it would tell the tale.

If this towel in Kayseri could speak, it would tell us “throughout the world, there exist tens of thousands, hundreds of thousands of towels like me, but none of them has witnessed what I have seen.”

The one speaking is the towel belonging to an Iranian who barely saved his skin from a lynching.

On this towel, the British flag is printed.

When he put out on the balcony, the man was taken into custody, following complaints from the neighbors.

Because of this towel, the Governship of Kayseri made several declarations.

He was liberated once it was established that he had no ulterior motive.

What kind of ulterior motive could he have had?

Supposing that he did; and that in hanging a British flag on his balcony, the man was protesting in his way, or attempting to express something!

Why should the people of a country be offended to that extent at the sight of the flag from another country?

How can a towel that looks like a flag generate such passions?

Why, seeing a towel that resembles the flag of another country, should people feel threatened?

When these reactions occur at the national level, what name should we give it?

If, as with a neurotic individual, the pride of a Nation was immediately broken and always felt threatened, would this not indicate there is a problem concerning national identity?

If you ask me, this little towel, like “the moral of the story”, tells the tale of the huge problems with which this country is struggling.

We writhe under the hands of a sick nationalism.

A nationalism such that the slightest challenge is experienced as a threat, the slightest difference is unacceptable; serenity only returns if everyone is the same, as if produced by a single mold.

A nationalism such that, if you throw it into the stream, the water stops running and those throwing it at you can do whatever they want.

Just as with “religious fundamentalism”, once this “nationalism” is introduced into the circuit, a veil comes over the eyes. Hiding behind it, anything goes.

When you throw all that into the middle, those who say they have gathered for noble objectives such as democracy, the Law collapses.

Meral Akşener1President of the İYİ Party (Good Party) nationalist and secularfounds a “country table”2gathering the leaders of all parties in order to find solutions to the the country’s problemsbut puts the HDP3Peoples’ Democratic Party, open to progressives, Kurds, feminist tendencies, LGBT and various minorities in front of the door.

When nationalist arguments are raised concerning Syria, the CHP4Party heir to the Kemalist traditionstays silent.

When nationalist arguments are raised, you can rush to arrest Kurdish deputies.

Only yesterday, the HDP’s headquarters in Ankara were raided again, its President grabbed by the collar and the sleeve, and taken away. How many raids, how many custodies?

How many City halls with HDP mayors were seized and the mayors replaced by State-assigned administrators?

To those who are offended by the towel in Kayseri, to those who attack a tourist wearing a scarf printed with the word “Kurdistan”; to those who attempt to lynch a documentary film crew because they have put a flag of Byzantium on the fortresses, to those who want to crack the skull of people simply because they are speaking in Kurdish, including those who, because they think the Kurds will be crushed, are willing to look the other way when this country’s army carries out operations with Jihadists, going so far as to ignore injustices when they are done to Kurds, from nationalists to sovereignists, all have drunk more or less of this elixir that obscures the conscience.

When such is the situation, those who hold those elixirs in their hands, do not even feel the need to make an effort in order to prolong their power.

Let’s give those over there a bit of the bigotery elixir, let’s make those others shut up…

Let’s give a bit of nationalist elixir over here, let’s silence those other ones…

And when the crises become deeper, let’s announce the re-opening of Saint Sophia [as a mosque] and serve up a fine mixture of both potions at once.

The towel with an impression of the British flag perfectly illustrates the stranglehold in which we are caught.

It is the materialization of the potion offered to the crowds on which bigotery hasn’t worked, so that they will renounce democracy and the rule of Law…

Illustration: A British towel similar to the one that caused “indignation”