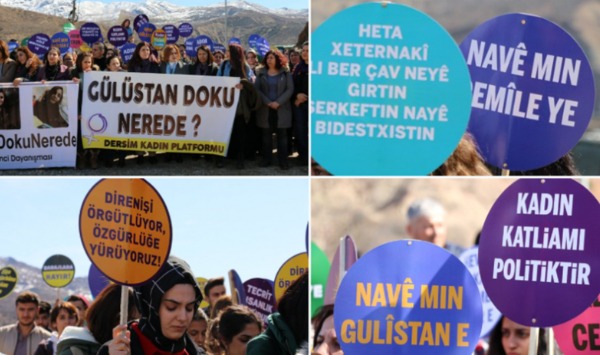 I would like to share with you this text from TJA, “Tevgera Jinên Azad”, Free Women’s Movement.

On 22 May 2020 Turkish special operation forces detained TJA activists and members and executives of the Rosa Women’s Association – also TJA activists – storming their homes after midnight, and breaking down their doors. They imposed a 24-hour gag order on the case file and provided no information to anyone for a whole day. They raided the office of the Rosa Women’s Association and confiscated their official documents in the absence of their lawyers. The Rosa Women’s Association was established after all women’s organizations in Amed were closed by governmental decrees in 2016; it is  the only women’s organization involved in support work and active struggle against violence perpetrated against women.

Lawyers who were present when prosecutors took statements have informed us that our friends are being asked questions such as :

Why did you organize the March 8th rally? What was your aim?

Why did you make statements to the press  about the replacement of mayors by government appointed trustees? What was your aim?

Why did you support the activities by Peace Mothers pressing the State to accept the humanitarian demands of the hunger strikers?

All the statements the activists have made regarding women and women’s struggle are being rendered illegal and  criminalized. They have even been asked to answer why women’s organizations and associations support one another. They were confronted with the question: “What is the relationship between TJA and the Rosa Women’s Association? Why are they supporting one another?”

Women’s right to freely associate in independent organizations is being considered as an incriminating issue. All uses of the right to freedom of expression in favour of women’s freedom are being treated as incriminating evidence.  Here and now, using the rights to freedom of organization and expression which are guaranteed under international law and States, has  become a crime leading to the arrest of women.

Press statements made in the course of our struggle against violence against women, our activity with the motto “co-chair system is our purple line” have become subjects of interrogation. “Where is Gülistan” actions to protest the absence of any serious effort to find Gülistan Doku who was disappeared in Dersim have become subjects of interrogation.

The prosecutors are declaring the following slogans illegal and incriminating our friends: Jin jiyan azadi, Don’t interfere with our free will, No to isolation, Where is Gülistan Doku, Women want peace, Co-chair system is our purple line. Another incriminating element is the banner saying: Femicides are political – TJA.

It is no longer a secret that tapping private phones is being used to frame people. One of our woman friends was challenged about a phone conversation. A friend called her and said, “how are you?” She replied “how can I be. I am not well, war has started again.” We are faced with a state mindset which would have people prohibited even from expressing privately that they are against war and for peace.

These attacks show that the AKP-MHP government is intent on continuing as a misogynist, militaristic, racist, sexist and monist government exploiting religion. Being a woman, being Kurdish, living in Kurdish geography results in a threefold increase in oppression. TJA is facing attack because it opposes the flooring in the Parliament of the draft law to pardon child marriages and to pardon rapists which agree to marry the child. If children are considered eligible to marry on their own solid judgment, why is the right to universal suffrage only granted at 18? Putting children in the position of giving birth is in fact the atrocity of this century.

As the TJA our response to the question about our aim in organizing thr 8th of March rally is a collective one. We are organizing the 8th of March against womenslaughter and femicide, against rape and sexual abuse, against gender inequality, being forced to marry as children, against child abuse, religionism, racism, sexism, against State appointed trustees who violate women’s right to elect and be elected, against isolation, war, exploitation of labor and patriarchy. If this is a crime, then we are all committing this crime. We hereby invite all to stand up for TJA. 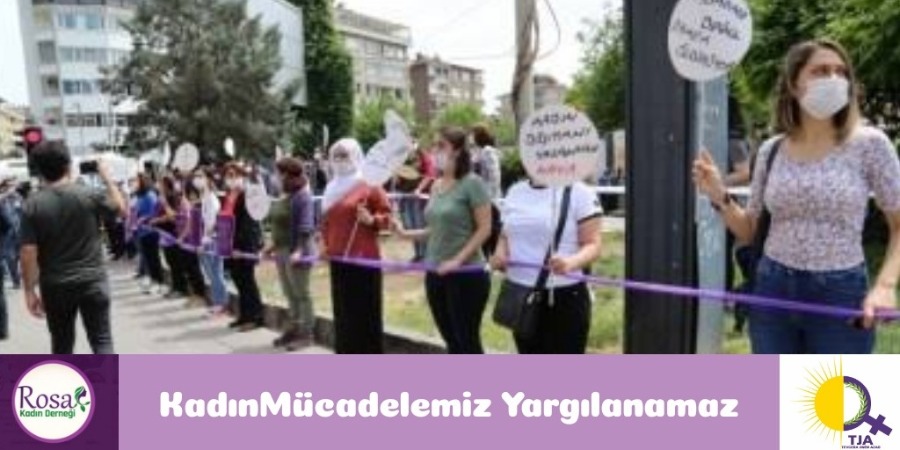 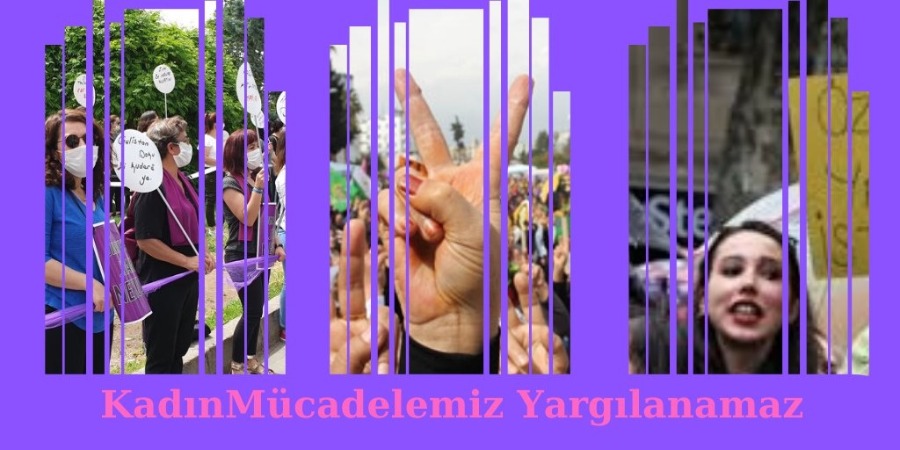