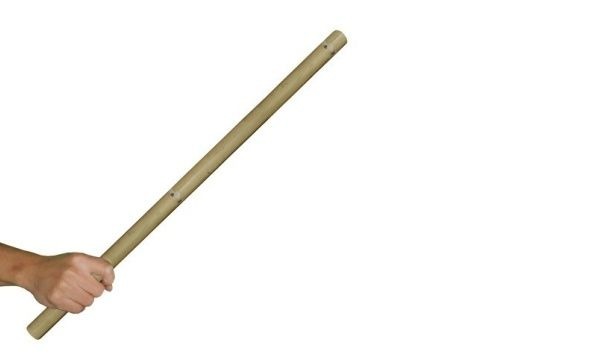 Here we go! The novelty on May 7th is a surprise package with no surprises in it, wrapped up in the “Rules concerning manipulations and false or misleading transactions on financial markets” published in the Official Gazette: a prohibition on talking about the economy as it goes to the dogs! And since everything is indexed on the dollar, that word is prohibited…

Since the beginning of the week, the dollar has been climbing like never before. I could even say the historical record has been beaten… Everybody is complaining. All this had to “regulated”, right? So, add on another prohibition to the ones already existing. Preventing information, comments and opinions on the topic… According to the new regulation, “Spreading information and rumors in such a way as to lead to a systemic risk by eroding confidence in the financial system” will be considered a “manipulation”.

Indeed the dollar has reached Nirvana at 7,24 Turkish lira! For the AKP government, this rise constitutes an “attack”. The same ones had already announced that the increases in 2018 and 2019 were “financial attacks”. And in 2020, they had already proceeded to reforms in the Banking Law, published in the Official Gazette on February 25…

Was also considered “manipulative” the fact of “propagating through all forms of media, including the internet, or any other means, information or false or misleading rumors that might give rise to false or misleading impressions concerning the offer, the demand or the price of a financial instrument, including the rate of exchange and of interest, or that could result in an abnormally high or artificial level of this price.”

The regulation published on May 7th is essentially the same as the one in February, save for one detail. Henceforth, the eye in charge of keeping a watch on things is defined and officialized: it is the BDDK, “Bankacılık Düzenlem ve Denetleme Kurumu”, or “Agency for banking regulation and surveillance”. With this new authority, the BDDK is henceforth authorized to punish all those who complain, therefore, according to the regulation, who “manipulate”. The agency thus becomes the government’s stick, ready to fall on the head of those making “uncalled for” comments…

The new regulation now squeezes tight around the media but also around the citizens… As any criticism or negative comment thus becomes a “manipulation”, we had better talk of nothing but rain, sunshine and recipes for pilav… So be it. 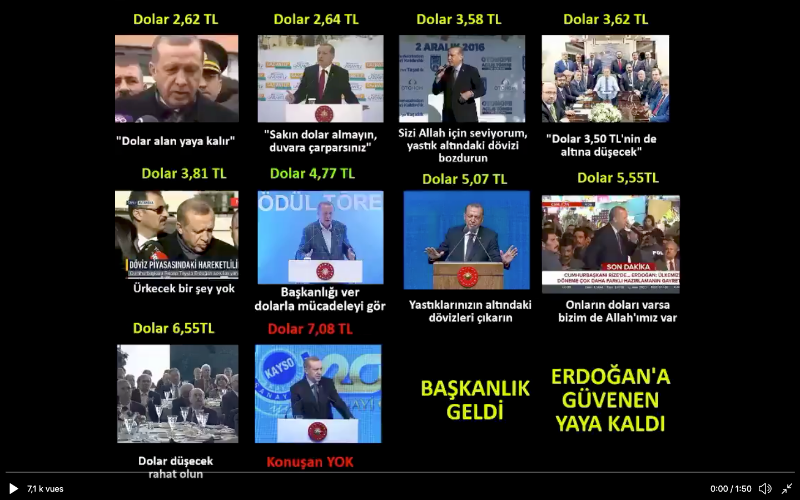 Someone went to the trouble of collecting the comments of our Reis concerning the dollar, over several years, while displaying the rate of exchange against the dollar. This is amusing because the Reis himself doesn’t stop spreading false and misleading information. Here is a translation for you.

Never mind, the poor people’s whose savings “under the pillow” you were eyeing, haven’t forgotten the exhorbitant amounts of dollars filling shoeboxes, transferred nobody knows where…

Let us pump along gaily and talk about the Yuan, while we’re at it, the currency of the corona…