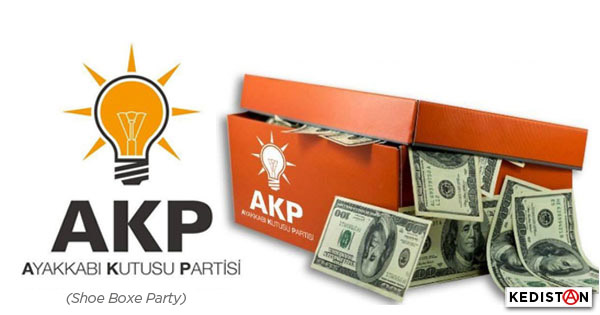 I’m too old to wear American running shoes, so I don’t have the right shoebox in my closet in Turkey.

Why am I bringing up the topic of shoeboxes?

It’s an old story but the trial beginning in the U.S. should refresh your memory.

End of 2013. A certain Zarrab, among others, is arrested and detained as part of an investigation in generalized corruption. In his case, there’s question of gold trafficking with Iran, at a time when the international embargo applies to everyone across the world. This nugget traffic would have been facilitated by ministers and entourage of our good president. 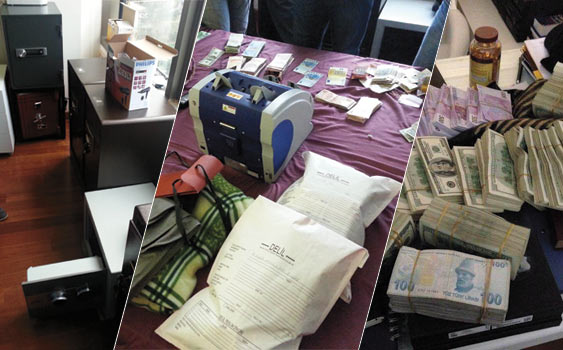 In December 2013, millions of dollars hidden in shoeboxes turn up in the homes of ministers and of their entourage.

This was the period of the last investigations led by judges who were quickly fired and replaced, purged, and who are still considered as linked to Fetullah Gülen, who was busy settling accounts from afar with Erdoğan, over shares in political and financial rivalries.

This is the point at which  shoeboxes turned up here and there in the homes of  friends and relatives of the powerful. Devoid of shoes but full of money. It was a close shave for the president, since recordings   circulated even, featuring sonny and papa Erdoğan discussing money in need of relocation. In short, we would have had a good laugh, had this not opened the war between Gülen and Erdoğan, up to and including the aborted parade of tanks and warplanes in July 2016 (English translation to follow).

Since then, the faucet of purges has been turned wide open and the dove of peace, gunned down. Our Kurdish friends have found themselves on the frontlines of the shootings.

Now here comes Zarrab, before an American court this time, under arrest over there since 2016. At age thirty-four, he had become the number one gold merchant – if not the most recommendable person. And apparently, he has all kinds of things to tell, so much so that we now have an endless stream of declarations from our ministers in Turkey.

According to them, the American prosecutor is also paid by Gülen, to sully Turkey’s reputation.

Said prosecutor replied (they twitte a lot in the States): “Turkey FM (foreign affairs minister) is a liar. Now let’s see what happens in court.”

For his part, Erdoğan clamored what follows last Tuesday in front of a gathering of AKP enraptured ones: “As their trap failed thanks to our people’s foresight and since we have remained standing, they carried off their plot to America and took it up over there”.

So many gentle words exchanged as winter sets in. Should warm the climate.

In a word, you’ll find all this in your favorite newspapers as I did. My preference would go to the article by Nicolas Cheviron and Mathieu Magnaudex in the French Médiapart. I’m told they are more up to speed than I, and much more serious. Real journalist, in other words! And something tells me there isn’t only this business of the contents in shoeboxes involved in the story.

Splattering Erdoğan as he steps out of the Turkish bath, when he thought he was in the dry again, will certainly lead to talking also about the huge Iraki and Syrian paddle pool, and of how to trim back Erdoğan’s pretensions there.

I know some over here who really like elections and who will rub their hands over this.

So if Mister Zarrab opens his trap wide, shoe polish won’t be enough to settle things.

Bad for business, all that.

The Turkish lira is going to turn into a yo-yo again.