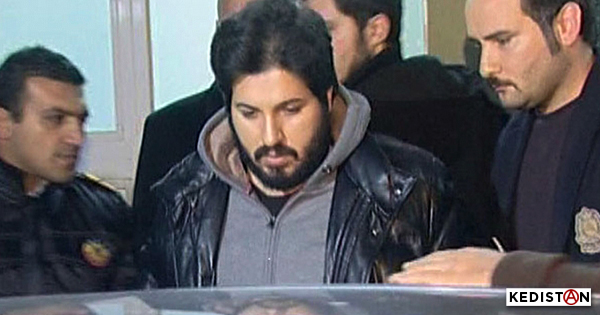 Reza Zarrab is the key figure in the corruption brought to light on December 17 2014 through a series of phone recordings. He was arrested in the United States on March 19 2016. 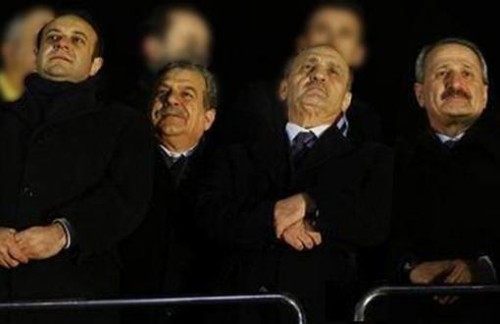 Along with the businessman, four of the AKP’s ministers of that period were implicated: Muammer Güler, Egemen Bağış, Zafer Çağlayan and Erdoğan Bayraktar; the director of Halkbank was also involved. Large sums of money in trunks and “shoeboxes”, as well as gold bullion were seized in the homes of the banker, of Reza and of the sons of three ministers.

There was no follow-up. The operation was considered “an attempted coup d’Etat” organized by the “parallel State” led by Fetullah Gülen, ex buddy, and now reigning as number one enemy of Erdoğan’s. Of course the designation of “Coup d’Etat” didn’t concern the embezzlement but the justice’s sudden “clean hands” operation against its authors.

The investigation was abruptly ended following a change of prosecutor, the transfer of the policemen who had followed his orders and the condemnation of certain journalists…

Best of all, the money was returned to its “owners”, with interest, if you please. A part of which, most likely, circulated in crooked investments in the United States. 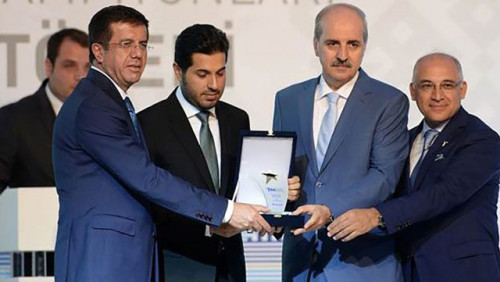 Reza, a 32 year old businessman at the top of “success” has everything a man could want.

Married to Turkish singer Ebru Gündeş, he is beloved by Erdoğan and his gang. At the time of the accusations, Erdoğan had clearly deemed him a “benefactor” and Muammer Güler, then Minister of the Interior, had declared he was “ready to lie down in front of Reza”, if the courts attempted to bother him… In June 2015, he was hailed as top businessman and received the “export prize” from the hands of the ministers themselves.

Of Iranian and Turkish citizenship, Reza Zarrab is indicted in the States under the name of Rıza Sarraf, along with two Iranians, Hossein Najafzadeh and Camelia Jamshidy. They are charged with fraud, violation of the embargo, money laundering, and banking fraud involving Iran’s national petroleum company, the Mellat Bank, along with several companies in Turkey. In question, transactions in the hundreds of millions of dollars profiting Mellat Bank.

His two cronies are presently free, but Reza Zarrab was arrested on arrival in Miami, and remains behind bars following his hearing before the federal court. He is at risk of a 75 year jail sentence.

Well, this may be just as well for Reza, because his associate Babek Zencani on trial since October 3 2015 in Iran for having caused damages to the State to the tune of 2, 8 billions of dollars, was sentenced to death on March 6th last.

What still needs to be seen: if the arm of some will be long enough to have the matter dismissed, and if the American prosecutor Preet Bharara and the policemen who proceeded to the arrest will be transferred.

“Hello, this is Sultan Erdoğan here”….