Refugees • Feminicide, and children before the wall of bureaucracy 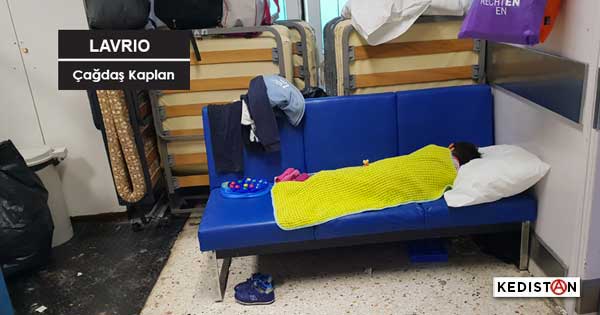 From Greece, Çağdaş Kaplan describes the situation of Evin Ekrem Ali’s children, a Kurdish refugee assassinated by her husband in Lavrio. An oh-so exemplary case.

On January 29 2020 in Lavrio, Greece, Evin Ekrem Ali, a Kurdish refugee from Syria lost her life at age 35, attacked with a knife by Behzat Ali, the man to whom she was married.

Following this assassination committed in the upper stories of the Lavrio Police Station, a space used by refugees as a shelter, the author of the crime, Behzat Ali, fled. He was arrested, after a three-hour search by the police and Kurdish refugees in the town. Following his deposition, the murderer was incarcerated by decision of the court. As for Evin’s remains, they were transferred on February 5 to Qamislo, her native city in Northeastern Syria.

What Evin Ekrem Ali lived through and what her 4 children left behind are now experiencing is a story in which war, forced displacements, the governmental policies of European countries but also patriarcal violence all are complicit.

Squeezed by expulsion and exile

In 2017, Evin felt compelled to leave Qamislo, then under threat from ISIS and in the line of fire of Turkish military operations, and to move to Greece, via Turkey. Her objective was to reach Switzerland with her children, a country some of her relatives had reached. 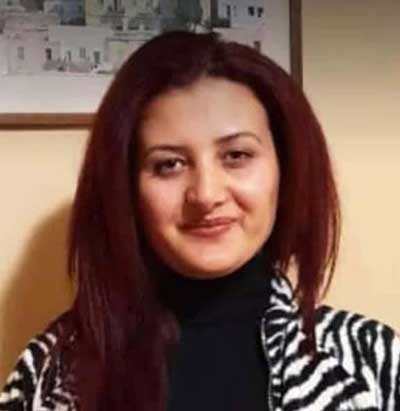 Seeing the risk of being blocked by the defective social policies regarding refugees in Greece, and fearing a return to Turkey as applicable by the current agreement between the EU and Turkey, the Ali family had not filed an asylum request in Greece.

Thus, the family could not benefit from any social aid for refugees and had found no other solution than to shelter on the upper floor of the Police Station in Lavrio, also used for this purpose by other refugee families.

During the time the family spent in Greece, Evin searched for ways to leave for Switzerland, In the early months of 2019, the Kurdish Syrian family managed, through illegal means, to reach Sweden – failing Switzerland… But their fingerprints had been taken in Greece, the first country they had entered in Europe (this, according to the Dublin protocole), so the family members were “given back” to Greece.

Evin’s eldest daughter went on looking for ways to leave Greece again. Four months ago, she succeeded and reached Switzerland with her uncle, seeking asylum there. The thirteen year old girl is still there with her uncle, awaiting completion of the asylum request procedures. 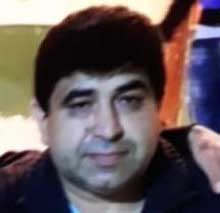 Following the assassination, according to the information obtained from refugees living in the same region as the Ali family in Greece for the past two years, without aid benefits Evin struggled for the survival of her children while regularly subjected to violence from her “jealous” husband, Behzat Ali.

Since Evin was not officially registered, she could not go to the police. And the police closed its eyes on this violence occurring under its own roof, in the upper storeys. And this male violence ended in an assassination

According to Greek laws, the prosecutor placed the three children still in Greece under “protection” in which they are maintained in the Pedon Hospital.

These three children, not yet recovered from the trauma of their mother’s disappearance, are at risk of being placed in an orphanage, since they have no close relatives living in Greece.

As for Evin’s thirteen year old presently in Switzerland, since legal proceedings for asylum are still ongoing, she does not have the right to see her kin. The uncle Hıznî Ekrem Ali, also in Switzerland, could request to see the children, but he must first await for his official residency permit to be awarded. 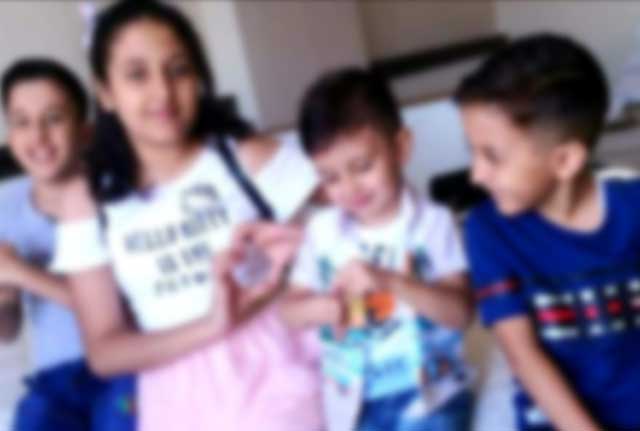 According to the Dublin Convention signed by the 28 member countries of the European Union and that establishes conditions regulating asylum procedures, unaccompanied children are allowed to live with a family member (parents, brother, sister, uncle, aunt, grand parents) legally residing in a EU member country, and thus may request a family regrouping.

To summarize, under these conditions, if their kin in Switzerland, their uncle and aunt, request a family regrouping prior to obtaining their residency permit as refugees, their request has no chance of being considered.

According to lawyers, if the children make their request through lawyers, it will be treated in Greece but considering the current status of their relatives in Switzerland, the prosecutor will probably assign the children to an orphanage.

The only solution for the children to rapidly cross the bureaucratic wall would be for the procedure of their aunt and uncle in Switzerland to move ahead as quickly as possible. This is why Hıznî Ekrem Ali has sollicited the Swiss authorities, presented his sister-in-law’s death certificate and requested the acceleration of procedures. Following this, the couple and their niece were transferred from the refugee camp where they were and sheltered in a home in the canton of Zug. But the procedure for the permit drags on…

On gurneys, among the patients

To this day, the children are under “protection”. But the Pedon Hospital where they are sheltered is not in the least bit adapted to this “protective” role. At the hospital, they sleep on gurneys in a hallway, between the patients.

The photo of the space where the children live is such that it shows the conditions in which they find themselves. 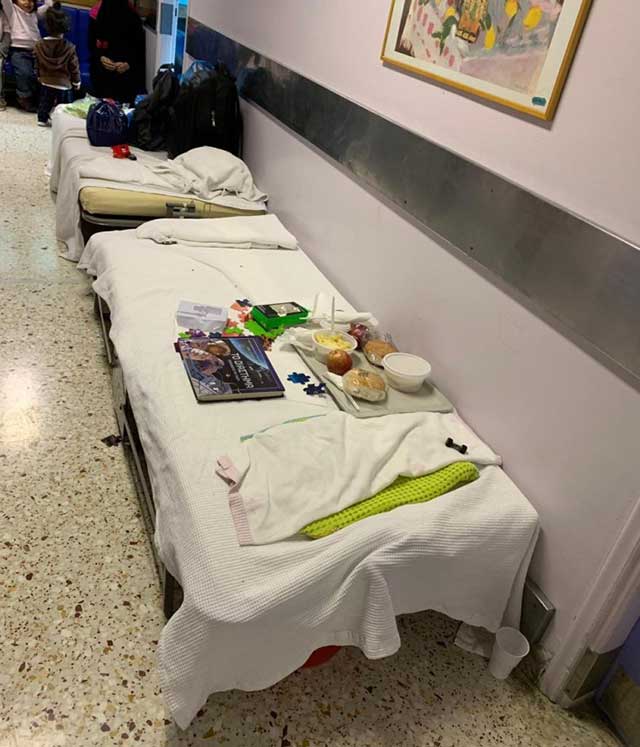 They ask for their big sister

The last time the children saw their mother, she was wounded. When they were first put under “protection”, they were not told of her death. The authorities told them a few days later. The only relative to meet with the refugee children was a cousin of Evin, Ziyad Ali, who came from Switzerland to Athens.

He says that the 11 year old boy tries to play the role of the eldest for the younger ones. “The authorities told them their mother had died. But my 11 year old nephew told the smaller ones the information was false, so they wouldn’t be too unhappy. Our mother is still in the hospital, he told them”, adds Ziyad Ali. He said the children had asked to be with their big sister and asked “when are they going to remove us from here.” Ziyad also insisted on the fact that the children’s suffering would at least be partially lightened if they could join their uncle and their aunt.

He calls on Greek public opinion to follow the children’s situation with the greatest care.

Women in the street

Kurdish refugee women demonstrated last Sunday in Athens. They demand a heavy sentence for the author of this feminicide and that the administrative obstructions keeping the children from benefiting of family regrouping be lifted.

Following the march, during which were displayed photos of Evin and slogans denouncing violence against women, three representatives designated by the demonstrators went to the Greek Parliament and turned in a dossier to the attention of Prokopis Pavlopoulos, the Parliament President. 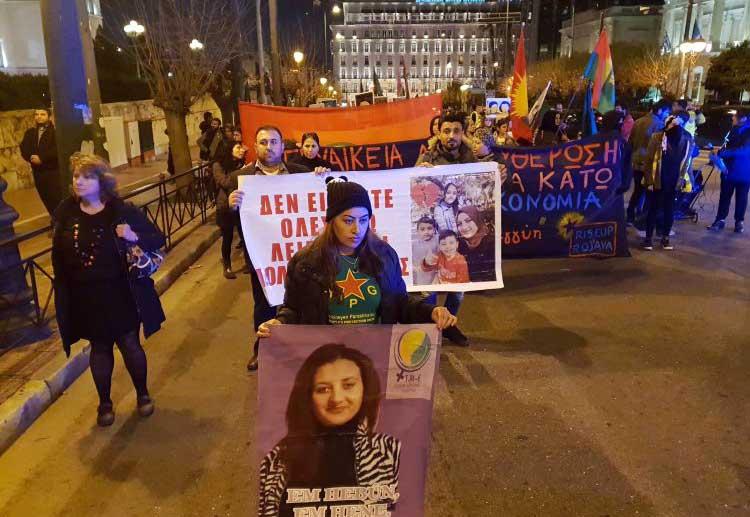 Keeping this topic in the news

Berçem Mordeniz, one of the members of Athens Kurdish Cultural Centre providing legal aid to Evin Ali’s kin, says that the women are terribly angered by what is going on.

“Evin had to leave her country with her children because of the war instigated by the patriarcal mentality and she was assassinated here, by this same mentality. The thought to which she fell a victim is exactly the same one as the barbaric male ideology of ISIS that enslaves thousands of women. The fact Evin received 16 knife wounds in front of her children and that the killer’s family expresses pride in this crime, also belongs to this same mentality. Today, in all the countries subjected to war, women are massacred. Not for nothing do they order “kill the women first“. Because they are truly afraid of women and that is why the assassination of women is a political issue. If you turn to history, in Egypt there were no wars for 20 years under Hassepsut, the first female pharao. But her name was never registered in a history written by patriarcal dominators.
This is why they are so afraid of women’s strength, why they reject them, create wars and massacre them. Today, we send a dead Evin back to her lands where she could not live as she wished. This generates a very strong anger.”

Berçem Mordeniz, a pedagogue by training, also talks about Evin’s children. She mentions that she is very familiar with the condition in Greek orphanages, and that those conditions are not adapted to children’s health requirements. She underlines the fact that the children under “protection” are living on gurneys in a hallway… “If the children cannot be reunited quickly with their eldest sister, they will experience a new trauma due to the feeling of abandonment. These little ones do not belong in an orphanage or in a hospital. We mustn’t forget that these children have lived through war, something they cannot forget.” Berçem adds, “We demand that our requests concerning these children be answered as quickly as possible, or we will begin a legal battle.”