Zehra Doğan’s exhibition from May 21st to 25th at the Tate Modern in London caused many tongues to wag, wore out many a keyboard and caused controversy where it was least expected… The exhibition is over, and I also have a few things to say…

I don’t think there’s a single live being that hasn’t come across violence at least once, be it in nature, in the animal or in the human world…

We are all subjected to violence, that takes its source in religious integrisms, State prisons and torture, in the imposed institution of patriarchy, in the family, and that flows from every social space in which we live or in which we find our identity and culture. No matter how difficult it may be to escape the spiral of violence, yet it is necessary to do so.

If, in this notion of violence, we were to turn our eyes to a piece of concrete geography such as Kurdistan, what would we see? Lands occupied by four different states, transformed into colonies, and the struggle of resistance of a people subjected  for years to violence and massacres…

How then can an exhibition by Zehra Doğan on this topic be interpreted as “a pornography of violence”?

Interpreting as “pornography of violence” or “of death” an exhibition showing objects that protected populations at times and were part of their resistance or serve as a testimonial for it shows a lack of knowledge and of understanding of the reality in Kurdistan. Without knowing this reality in Kurdistan, it is difficult to understand the culture of resistance that attaches to it as a struggle against State violence and massacres.

There are different ways of resisting against violence. Violence against violence, killing in order not to die and, of course, passive resistance, civil disobedience… In Kurdistan, from way back and to this day, all these methods intermingle and exist simultaneously.

Massacres are many in the history of Kurdistan. But in the very recent past, particularly in 2015 and 2016, several towns in Kurdistan were burned down, destroyed by Erdoğan’s fascism, during air or ground strikes, people were killed in great numbers. By claiming “they dug ditches over there,” the State and its medias attempted to legitimize their exactions. Months before these events, people living in these towns knew the State would send its army and commit the worst of massacres. Refusing the State’s entrance in their towns, the people had declared their autonomy. As was the case with the massacre in Dersim in 1938, the State was not about to allow the Kurds to live in an autonomous zone.

The town of Nusaybin was bombed three times by Turkish fighter planes. Cizre, Silopi, Sur, Idil, Silvan, Gever and several other towns saw confrontations. In those towns youth had taken up arms in self-defence and constituted units of civilian protection, the YPS. Self-defence was the only solution to keep the army from overrunning the neighborhoods. In order not to die, thousands of civilians were forced to leave their homes. But there were also those who did not want to leave and who adopted methods of passive resistance. Others also came to the region from the cities, in solidarity. At times, those who came could not enter the towns…

Some preferred to stay in order to resist. They knew the importance of resistance and did so in full awareness of the risk to their lives. To consider Sultan’s voice calling out for water during live recordings, or the sight of mother Taybet’s lifeless body left in the street for 7 days, to consider these as “death pornography” means NOT knowing what State violence is about. Instead of criticizing those who provoked or committed the massacres, and pointing a finger instead at those who risked their lives in order to document and transmit this to public opinion by every means available, is to understand nothing about violence.

Among those observing Zehra Doğan’s London exhibition from afar, and producing “art criticism” from their armchair, one said: “For something to be artistic, there must be a creative process. Yet this is not a creation, but only a transportation.” There are also those who provide advice of the type: “Miss Zehra, you would be well advised to go into these towns while they were being destroyed and burnt in order to write, to inform…”

It is obvious that, in order to arrive in London, the “transported” items did not come on foot… Miss Zehra was there, precisely at that time, in those very towns. Of course, it’s quite possible that, slumped on your couch, you did not read all the articles she published at the time, or frankly did not see a thing about what was going on. While civilians were being killed in these towns, the Co-President of the People’s Council of Cizre, Mehmet Tunç launched a live appeal: “Our people must flow toward Cizre.” Then, he added: “After we die, do not come to gather our bodies.” We should ask those who now play the art critics: “While Zehra was there, where were you?” “What did you do at that time?” For our criticism to take on some legitimacy, should we not look straight into one another’s eyes and ask: “What did we do while Cizre and Nusaybin burned?”

“This is something that anyone can do, and without creativity, there cannot be art”, says another “specialist”… First of all, not everyone can gather these objects in a war zone. I would ask “Why then did you not do it?” But why should I ask, since this demands courage… Secondly, art is not only an objective production. Giving meaning to objects from real life is also an artistic performance offered to the public.

And the fact of producing so-called “art criticisms” in a mindless way, and of talking of “pornography of violence” or “of death” with the air of specialists, is to show nothing but ignorance of the art of resistance.

Documenting massacres committed on lands transformed into zones of violence and war, and offering them up for everyone to see is not pornography. If you wish to criticize, to ask for accounts to be rendered, don’t ask those who make an effort at documenting, sensitizing and informing, go ask those who committed the violence!

The story of a blanket’s resistance

I think our knowledgeable critics probably do not know either that a blanket can be a element of resistance.  There are people so far removed from the reality of violence and resistance that they do not know that an ordinary blanket can save lives. Thus, this blanket, like the one stretched out in the exhibition, is not an ordinary blanket. It became an element of passive resistance…It was a tool of defence so that people could protect themselves from snipers.  Even if it comes to us straight from where the violence took place, this blanket is not a tool of violence. Quite the contrary, it is a witness from within of the violence and of those massacres…

We threfore understand that there are people who do not know what it means to resist with a blanket, to protect one’s self with the most rudimentary means, and to fight for survival. One of the rare young people who managed to come out of Cizre alive, one who knows and who was possibly saved by this very blanket on exhibition, told me this: “There were no more bullets with which to load the weapons. The military vehicles had entered the town. From the upper storeys, people threw down blankets so that the tanks would lose visibility, so they could not circulate…”

Which means you cannot say “it’s just a blanket”and walk by. In these destroyed towns, each object has a story.

Zehra could have held an exhibition of her works and related what she has lived through. She can do so, and she will, because what she produces is also the expression of a testimonial and an archiveal history through art. As an artist, Zehra Doğan could also have chosen an easier and more personal road, by exhibiting her works and making a profit out of her experiences. But that is not her concern. She has expressed her approach, in her own words over and over again in countless articles and interviews. She has explained that what motivates her as an artist is not ambition measured in money, celebrity or the art markets, but rather the wish to be a vehicle for the culture, for the struggle that sustains her, for bearing the messages of those whose voices cannot be heard, everywhere her feet, her words, her art can reach… It would be so great if you had read her words. So great… 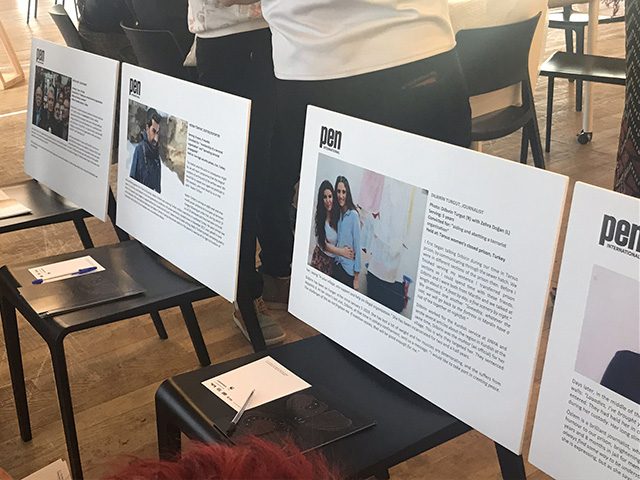 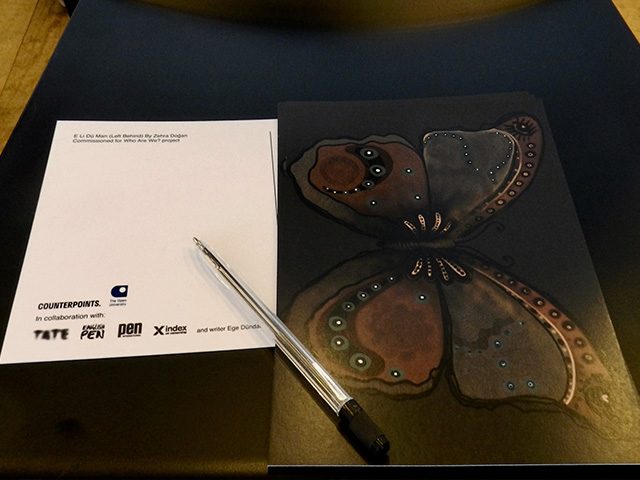 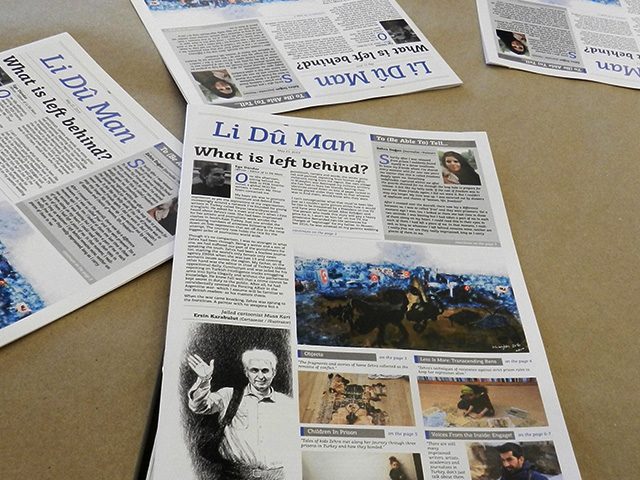 The history of the resistance, documented somewhere at last

This time, Zehra Doğan held her exhibition in London, in order to provide an accounting of that period. She brought the testimony of a war reality…In this exhibition, she documents crimes against humanity and war crimes, through art. Each and every object on display has a story. Zehra tells them orally and in writing. This exhibition is not one of the usual contemporary art exhibitions proclaiming “art for art’s sake”. The exhibition is not limited to objects. There are also videos showing the people’s participation in the resistance and their ideas about democratic autonomy.

The articles Zehra Doğan wrote and published during the curfew (the articles that some of you clearly have not read), were read here in English. And postcards addressed to journalists, artists, and many others filling Turkish prisons, were sent on this occasion…

Once they had confiscated her camera, her pencils and her paintbrushes, Zehra did not stop either. She conveyed to us in Europe and across the world what she had seen, what she was living through,  the crimes against humanity, producing through other artistic methods, in impossible prison conditions, creating from nothing.

Nurtured by the struggle of the Kurdish women’s movement, she told us, and very well too, the domination against women’s bodies. She created countless works, on wrapping paper, on newspapers,  on towels, on pieces of torn clothing and bedsheets, transforming everything she could lay her hands on,  improvising colors. She told and told, she documented…

Yesterday, I spoke with Zehra.

She told me: ” People are free to criticize my work, my methods. But the fact they try to reach me by using terms such as pornography of violence and of war I find very hurtful. I collected these objects secretly starting in 2015 in the war zones. The people struck the pans in protest in the streets. Being arrested with these objects in my bag made me subject to imprisonment for transporting material from the resistance. I was expecting reactions from my opponents, from the State, from those who committed massacres. But I can’t understand such a reaction from people interested in this exhibition, artists, and intellectuals…”

As someone coming straight from an environment of war and violence, Zehra also told me that she felt a duty to bring her testimony to the attention of public opinion.  “I am not practicing war and violence pornography. I am telling how people resisted the massacres and I bring here the history of the resistance. We, who were subjected to the massacres, who were witnesses to them, can transmit these things, and not those “whites” from intellectual circles, who know nothing about the reality of Kurdistan. History must be recorded in the words of those who were witnesses to the facts.”

With a twisted smile, I would like to end with the words our friend Fatma sent to Zehra Doğan… “Say, in the end, for once in Turkey, people are discussing art with great vigor… That is also a conquest.”

Finally, all is as usual on the Western Front.

With the hope of a life without violence, filled with art and love. 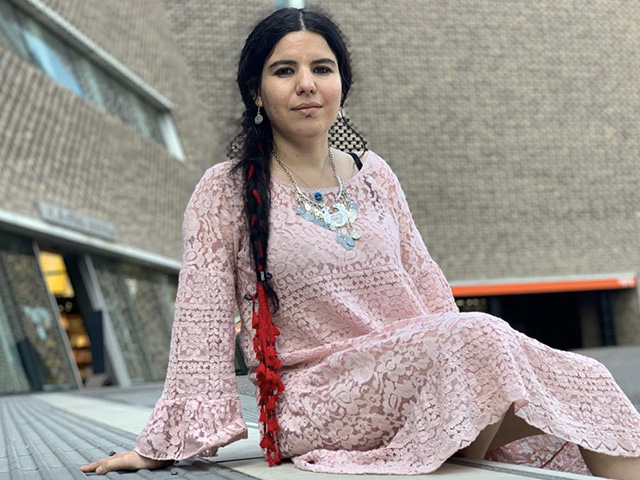 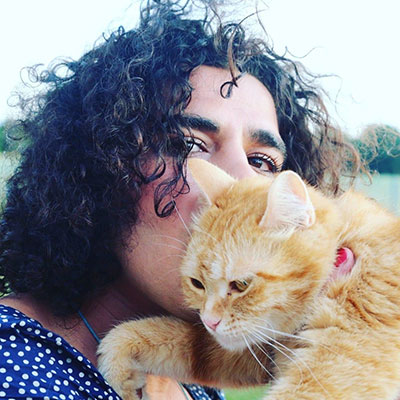