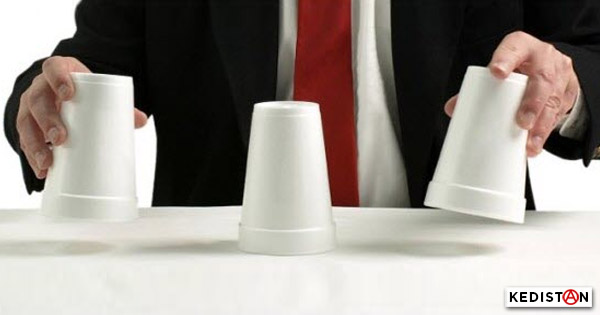 Barring a few remaining uncertainties, the electoral choices against Erdoğan in Turkey for the early presidential and legislative elections in June are now known.

Discussions and consultations among so-called “opposition” parties – the HDP having been kept aside – were carried out as Selahattin Demirtaş ironically stated, “in a five-star hotel”  and produced  an electoral alliance of mutual arrangements between four parties of uneven weight.

Even though Erdoğan’s AKP Party made a similar pact with the ultanationalist MHP (Nationalist Action Party), the AKP denounced this. “What motivates and unites them are not the interests or the future of Turkey but their opposition to the President Recep Tayyip Erdoğan”, declared the governmental spokesman Bekir Bozdağ. He further denounced “a forced marriage”.

Moreover, two of the parties, the CHP and Iyi Parti are presenting candidates who will “count” for the presidential election. The principle being to create a political block countering Erdoğan, with a wide appeal, and future a majority or majority opposition in the parliamentary assembly resulting from these elections, held the same day as the Presidential one, next June 24th.

The CHP has designated deputy Muharrem Ince to go up against Chief of State Recep Tayyip Erdoğan. He is one of the rare deputies to have deplored the lifting of parliamentary immunity that led to arrests and trials. “With God’s permission and the will of the nation, I will be elected President,” he declared. He is already right on topic…

For her part, the candidate for the Good Party, Meral Akşener, had already anticipated the elections in creating her political vehicle and had not hesitated  in saying she would be a candidate “against”  Erdoğan, right from the start.

In parallel to this, an attempt at presenting a common presidential candidate against Erdogan failed. The prospective candidate, Abdullah Gül, ex President et ex ally of the Reis, preferred to step back in the face of the appetite of  the”Good” Party’s candidate who was shaping up into Erdogan’s main opponent, the one who might stop Erdogan from being elected on the first round. Disparaging comments and accusations of Gülenism had already been launched against him.

The HDP, always presented as “pro-Kurdish”, wavered between the need for a single presidential candidate of a still-to-be created opposition block, a “left” in which the presence of ultra-nationalism, political islamism and kemalism were hard to imagine, and the candidacy of the one who has borne the platform of the sole democratic opposition at the last presidential election, Selahattin Demirtaş.

This was a still-born position, given the balance of political forces in Turkey, and the growing isolation of the democratic and social opposition, an isolation reinforced since Afrin. The HDP has thus begun to gather forces and create local groupings for the legislative elections, so they may designate their own candidates, and announced its support for the candidacy of Selahattin Demirtaş, if such is not rendered impossible through hasty sentencing in one or other of the ongoing trials… However, the announcement of the candidacy is effective for the time being.

For information purposes, such are the main traits of the electoral mechanism. And although the rallying cry is “everyone against Erdoğan”, it is obvious that the whole scenario is presenting itself as an addition of improbable electoral components, creating a climate of potential “political crisis”, one in which Erdoğan and the ultra-nationalists had hoped to take advantage of a positive surge created by nationalist and militaristic confusion surrounding the agression of Afrin.

One could then be tempted to act as is this were possible and to concentrate on calculations leading to Erdoğan’s electoral defeat. A most seductive idea, but to what end?

It may be tempting to ignore or disguise the current state of political forces that resulted in the Reis’ accession to and maintenance in power, the renewal of the state of emergency, the over-riding nationalism, stronger than ever, the unavoidable Islamic populism in order to imagine that a durable political solution could emerge from these elections under influence.

In mathematical terms, the “Good Party” candidate can come in second position in this first round and cause Erdoğan to stumble, even if the CHP’s decision to also present a candidate weakens the odds. In such a context, the presence of Selahattin Demirtaş is totally justified and increases the possibility of a non-absolute majority for Erdoğan in the first round.

But this parenthesis decided by Erdoğan is not a mathematical equation.

We must also recall that the presidential election will also serve as the application of the constitutional modifications and that in order to re-examine them, there would be need of a parliamentary vote with very peculiar quorum rules, or another referendum. The new President, since this seems to be the main bet, has allies and a political profile that would accommodate itself perfectly with the new Presidential uniform. In which case, we would simply witness a game of musical chairs.

Staying in the realm of electoral mathematics, we must also recall that by presenting a candidate to the presidency, the HDP does weaken the chances of a first round victory for Erdoğan. But should the Party not gather 10% of the votes at the legislative elections on the same day, it will de facto serve to increase the number of seats redistributed to the AKP. That is the idiotic logic of that particular electoral democracy, with its quota barring 10% of the population from representation in the parliament…

Turkey’s open wounds, rubbed with the salt of recent nationalist militarism will not disappear magically in an election, which can be totally manipulated under the state of emergency. Those wounds profoundly divide, are sources of extreme polarizations, of depoliticization, be it through populism, bigotry or fear. Moreoever, the cheating machine was recently consolidated by decree. We could also mention the voting conditions reserved to prisoners…etc…

In this context, there is need to avoid sinking into total pessimism or resorting to a Pollyanna-like electoral amnesia stating “anything other than the current President.”

Only two things can emerge from these elections, of which the prudish Council of Europe said in April that they would not be legitimate: “an exarcerbated political crisis“, or “the exarcerbation of tensions and polarizations“.

This position could evolve, given ongoing skullduggery, and we could see underhanded international support for the eviction of Erdoğan, who is a nuisance in current affairs, in more ways than one…

For the populations of Turkey, this would remove for a time the real fear of civil war, which is in everyone’s mind, just as there was a magical sense of a “providential coup d’état” when faced with the rises of political islamism. But this would increase the need for the democratic opposition’s political preparation of the “after”, before and during these deadlines.

There are no preliminary signs of such preparations at the moment in what is left of the activist side of the HDP, the party appearing to be more slanted toward electoralism than toward developing a strategy to deal with growing tensions in the future. Declarations by Selahattin Demirtaş will play a determining role, the new direction sticking to the formulaic for the time being, judging by their recent electoralist stances.

The extreme divisions among the social and political opposition, its logistical and militant weakening, the constant coercion to which it has been subjected, has led it to adopting a defensive stance more than one of proposals and of convincing argumentation. The extremely defensive May 1st slogans in Turkey this year were a demonstration of this. One can fear that a campaign polarized by a “useful vote” against Erdoğan will finish fragilizing the opposition in favour of nationalisms of every ilk.

Thus, Turkey is heading toward a vote “with no basic convictions”, by opponents or dissidents, a gamble concerning the winning ticket of which it is already known that, in either case, it will act as a new turnaround, like that of June 2015, of the failed putsch in 2016, and of the constitutional referendum…

Of course, just as was the case with the Kurdish independence referendum initated by Barzani, where voting NO was impossible, who could say now, this minute, that he or she doesn’t wish for an end of Erdoğan’s rule ? But as we saw then, when an electoral joust is nothing but a shell game with loaded dice, a vote can always represent a plunge into even more improbable consequences.