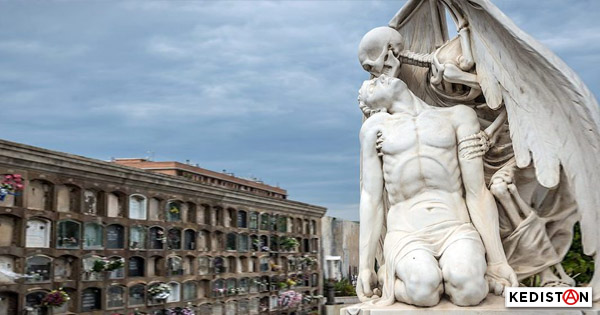 As it did in Alep with the help of Russian forces, the Bachar regime massacres civilians and is about to reclaim the rebel enclave of the Ghouta in Syria.

This a fact no one can deny. Propaganda will use a profusion of images, only to deny evidence in the end: those who die are always the populations attempting to survive in all the crossfires. But denying a massacre because this serves one’s political vision, with the excuse that propaganda uses it, would be intellectual and political dishonesty.

Recovering Mossul required a blood bath. Recovering Raqqa was no better. In both cases, ISIS was responsible for the death of hostages in its hands: they were civilians attempting to survive, used widely as “human shields”. In the case of Raqqa, while the SDF negotiated the final liberation in order to avoid useless deaths on both sides, we cannot forget his some went as far as to accuse them of “complicity with ISIS”.

But who can have the cynicism of assimilating populations held hostage, even complicit by necessity at times, with ISIS. Where, in the case of Raqqa and of Mosul, would the “liberators” have found the population that would form the base of the new administration on the premises, without the support of civilians who had been subjected to the ignominies, or had tolerated them? No one then assimilated the populations to their persecutors, because it was a matter of replacing death with life and a future in need of building.

It should be likewise for the populations in the Ghouta.

But the policy of the Bachar regime and of Russia has nothing to do with the political strategy for Raqqa and the zones liberated from ISIS. Bachar’s policy is a military policy of crushing and annihilating, even though everyone knows there is nothing revolutionary left in this enclave, only power games on the backs of those forced to take sides or die.

Accepting another vision and opposing what is going on further north in Syria in Afrin to what would be “pseudo, propaganda massacres” in the Ghouta is not only ignoble and cynical, but it does not allow an understanding of the situations of the ones and of the others, of the alliances and counter-alliances of interests between regional and international powers.

For years, war on the Syrian soil has brought its load of deaths, exactions, destructions, rapes, broken lives and exiles.   Widening the view to the whole of Mesopotamia and Turkey in its present conformation would increase the numbers even more, all masking unbearable realities and new fractures in the human future on these territories.

Listing the name of the peoples and keeping a gruesome accounting between them would be adding yet more to the unspeakable.

Let us put in its proper perspective the sudden hypocritical interest for the Ghouta displayed by Western governments, the very same ones who greet Erdoğan as their partner and who, no later than yesterday, were still requesting simple “restraint” in Afrin.

This is the pursuit of a politcy that would not accept that Syria, freed of its tyrants and multiple Jihadist murderers, govern itself autonomously for it’s own sake, in democratic federations of its peoples, all the opposite of the current rotting and murderous Nation-State.

These same governments used the fighters of Northern Syria like canon fodder against ISIS, without ever accepting their political project.

So the Ghouta is a revealer of the cynical alliances of interests, and of the confrontation of nationalist wills at the regional level.

The Northern Syrian Democratic Federation attempts to insert its strategy into this imbroglio and thus becomes hard to understand.

Calling on the Syrian Nation to defend the borders of Syria against the invasion of Turkish forces and its bearded accomplices, while reaffirming a project totally contrary to Bachar’s Syria, plays on such contradictions that it opens itself to every simplication…

The SDF and the PYD have demonstrated they could defeat a NATO army’s project of penetrating deeply into Syria and annihilating the democratic confederalist project in the North.

The strategy of the “Coalitions” was to let things happen, so as to clarify the roles and places of each, taking the opportunity to dissolve  the political benefits accrued in the military victories against ISIS and the main fighting force. This strategy turns out to be unsucessful due to the resistance in Afrin.

Let’s not imagine these strategies as plots decided around tables, even though they were discussed at meetings we could mention.

The military defeat of ISIS, the win-win agreements between Europe and Turkey concerning migrants, the temporary shoring up of the regime in Bagdad, and the back-pedalling on the Iraki Kurdish autonomy, the victory of Turkish islamo-nationalism on its Kurdish populations in the East, after three years of massacres… The predominant role taken on by Russia and its Iranian allies in the possible outcome, following the export on the premises of a military strategy… All provide explicit elements of the present situation, to which must be added the ambivalence and variability of the American policy, as well the as Gulf’s involvement in domestic military operations…

The whole of these elements, taken one by one, are enough to express the present contradictions. And in a war, these contradictions are sources of opportunities for alliances of interests. As an example, Erdoğan’s is the easiest illustration available.

The arrival of Syrian militias in Afrin is one of those contradictions. The PYD and the SDF’s gamble of exploiting it at the political and the military level is risky for the future. What is here a proposal for a temporary alliance of interests rests on the popular, human, political and confederal force that welds together the defense in Afrin. All the declarations issuing from the Northern entity show the will to move one piece forward on the chessboard without giving an inch politically on their proposals for the future, thus backing Russia up against its ambivalences.

When I see blossoming here and there analyses on the necessity for the Kurds to advance with Bachar from here on, because he is Turkey’s best enemy, I tell myself that Kurdish nationalism (which still exists out in reality) is soluble in Syrian nationalism until the next confrontation and that, decidedly, the media smokescreens have done a good job of preparing total incomprehension of the most absolute and simplistic kind, so dear to nationalisms of all stripes.

Why should we analyze, write, say the opposite of what we analyzed, wrote and said yesterday because, apparently forced to modify the rules of the on-site alliances, and more than ever, the entity in Northern Syria is attempting to save Afrin and its political project?

A political project that does not accommodate itself to Bachar, nor to his ongoing massacres in the Ghouta. The opposite is true, humanly and in political terms.

Unconditional support to the fighters for freedom and democracy in Afrin!