Afrin • A good Kurd is a dead Kurd 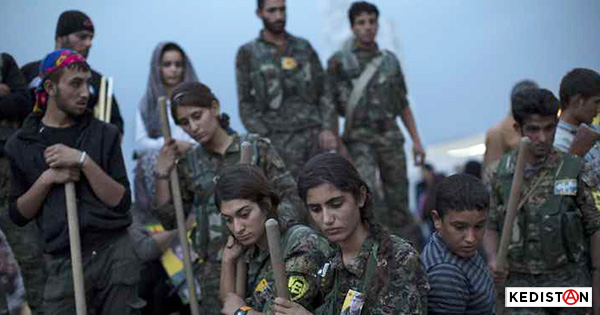 Oy, reassured, aren’t you? The dead children in Afrin were indeed the children of terrorists, and the bombs were not French-made…

Visibly, that’s what your walking President  wanted to hear over the phone in these opening days of February. There he is, between two business trips, reassured by Erdoğan himself.

So, according to your interim European President, legitimacy would be on Tayyip’s side. Which is a good thing, by the way, since part of the material used for this massacre in Northern Syria seems to have been manufactured in Europe and supplied to our Ottoman general via NATO.

Notice how good he looks in uniform? 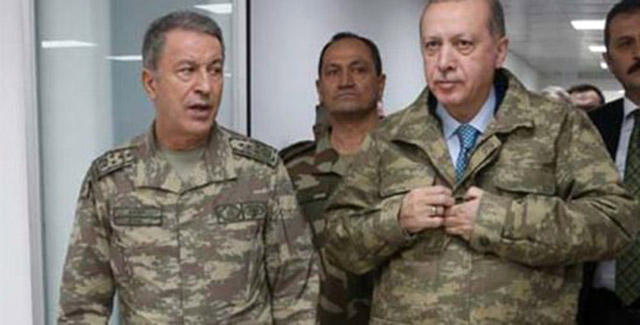 So here is the “Olive Branch“ operation under the aegis of a new testament by Saint Matthew:   separating the good Kurd from the terrorist.

“The Good Wheat and the Chaff” is a parable in the New Testatment.  It refers to the sorting of souls at the Last Judgment and the importance of bearing good fruit. Your religiosity must have taught you that. Thus, it is well known, Europeans of Christian culture  would be ready to swallow the parable, on the condition that their televisions repeat it in a loop.

Who is the terrorist who committed this? 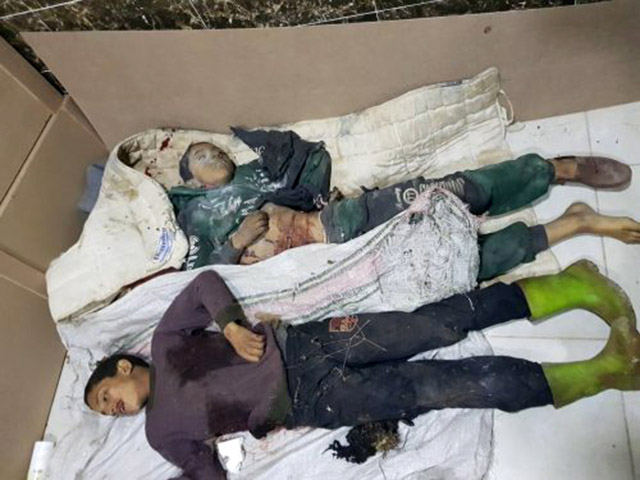 Ha, no, not an invader… Erdoğan assures he’s only passing through. And should a few collateral damages be necessary, demands absolution be given in Europe. The walker, speaking in Europe’s name, absolves him. Your Holy Father Le Drian negotiated the penance. “You will sign me two contracts and a barricade against migrants”…

And the body of this tortured woman? To whom must it be attributed? To ISIS? To good allied Free Syrian citizens? 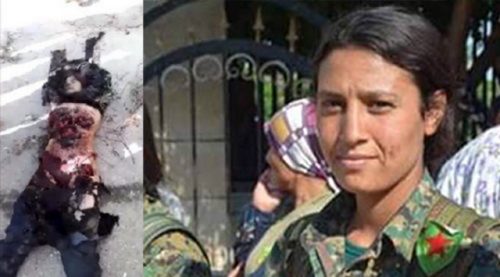 No, it is the good work of the auxiliary forces to Erdoğan’s army.

Speaking of whom, they were given ample opportunities to express themselves in recent articles, by good journalists riding with the Turkish forces.   The “terrorism cleansers” get whitewashed with the free Syrians’ label, while the “considered as terrorists” label gets stuck on the already ex-liberators of Raqqa.

Yes, for Erdoğan, a good Kurd is a dead Kurd. And whether you like it or not, your European governments are collaborating in the killings.

They closed their eyes on the massacres and exactions from 2015 onwards in Turkish Kurdistan.

They supported the free Syrian militias by having them shave off their beards in order to look more presentable, until Putin a stop to it.

Then, they signed the agreements concerning migrants with Erdoğan, and brought him back into the regional game.

For good measure, they then agreed to arm or to provide logistical support to the combatants against ISIS on the ground in Irak and Syria. Kurdish canon fodder appealed at the time.

Now that the time has come to move toward a peace negotiation, everyone legitimizes the pursuit of war.

Oh yes, I almost forgot, “the PKK terrorists” had offered an olive branch and a confederalist vision for peace. Visibly, this is what bothers and disturbs those who see their international and regional profits imperiled ever since the Gulf war.

So does your trekking President want to become the spokesman for a just war defending the capitalist interests in our region, and the necessary alliance with “unavoidable” local dictators to this end? Someone like Putin must be having a good laugh right now.

Between the mad twitterer in Washington and Bachar awaiting the dawning of his new day, all the golfers must be trying out their new irons, bought in Europe…

Again, apologies for this fit of cold anger. But my humanity is under attack.

I seem to have read that some people are given to gathering in your television studios to lament over the fate of “European nationals, members of ISIS, presently detained by the Kurds in Syria” or, rather, I should say, detained by the Northern Syria Federation, a political entity that embraces much wider than the Kurdish segment. Indeed, I honestly believe their safety is not longer assured with the current bombings emanating from Turkey.

With the current inversion of norms taking place on terrorism, France and the other European countries should repatriate those bearded liberators of Raqqa who did so much to counter Kurdish terrorism. No?