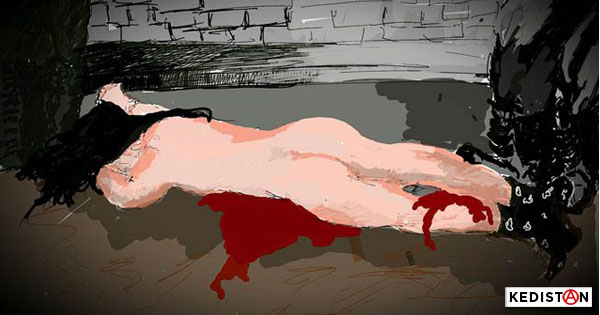 This is a new translation of an article published in Turkish, denouncing the trivialization of torture in Turkey, not to say its promotion by groups and factions within and outside the State.

The author places these “acts of torture against persons” in a context both of international and regional war. He denounces the porosity between State violence and that of factions and groups that instrumentalize it to the point of making it commonplace, of justifying and legitimizing horror as an acknowledged and normal practice against “the designated enemy”.

When an entire society is gangrened by the notion that a domestic enemy is acting like a cancer on the social body, and when a State policy justifies the use of inhumane methods and practices against it, when it allows the unleashing of factions on social platforms and in a part of the media, depersonalizing the enemy as a “foreign body”, the worst takes over and along with it, fear and division.

Just as the author of the article has done, we have chosen to spare you the photos. However, they are available singly or in articles, as irrefutable evidence. Follow the links.

Humanity entered a new millenium with the photos of the war savagery unleashed by the United States in Irak, beginning in 2003. Following the occupation, embedded journalists published countless photographs, exposing how “America showed its might” to the Irakis. Among the images those who testified on this period will never forget, the first were the photos of torture in the prison of Abou Ghraib. The photo showing a group of naked prisoners with bags over their heads, piled on each other with two American soldiers laughing in the background had raised serious questions then on the notion of humanity.

Concerning detainees, the “Istanbul Protocol” or as it is known in its complete designation the “Manual on the Effective Investigation and Documentation of Torture and Other Cruel, Inhuman or Degrading Treatment or Punishment” contains the following notice:

8. Sexual torture including rape
215. Sexual abuse begins with forced nudity which in many countries is a constant factor in torture situations. An individual is never as vulnerable as when naked and helpless. Nudity enhances the psychological terror of every aspect of torture, as there is always the background of potential abuse, rape or sodomy. Furthermore, verbal sexual threats, abuse and mocking are also part of sexual torture, as they enhance the humiliation and its degrading aspects, all part and parcel of the procedure. The groping of women is traumatic in all cases and is considered to be torture.

On October 4 last, when photos were served to the media of seven persons taken from a vehicle with a Mersin licence plate in the region of Seydikemer, part of Ortaca district at Mugla, naked and lying on their stomachs on the road, with hands tied in their backs, there were many who made the connection with Abou Ghraib (Cumhuriyet article in Turkish).

Although the environment is different, the fact that these persons hands tied in the back, are lying on the ground naked and exposed in their most vulnerable position, leads people to establish a parallel with another image imprinted in their mind.

On June 9 in Gevas, Van district, three villagers were tortured, photos of their bloodied features were shared and applauded by pro-torture people, and once the “advertising benefit” had been achieved, the innocent villagers were sent home. (Evrensel article in Turkish)

In August, the torturers showed their faces, this time in the village of Şapatan at Şemdinli where they tortured scores of villagers. (Evrensel article in Turkish)

Where systematic torture is concerned, the Muğla affair takes top billing. There, another photo, showing the shameful practice of tortured persons exposed naked on the road, was carried out in another area, and the photos published by the authors themselves. On another photo, behind a bench bearing the inscription “Seydikemer City Hall”, we see four persons, hands tied in the back and their lower clothes removed, squatting under the palm trees, their faces turned toward the wall. (Artı Gerçek  article in Turkish)

A satirical magazine is illustrated with a caricature of these torture victims in Muğla. This magazine causes much glee with Islamists – revealing, in fact, the mental universe of their own community. In the drawing, four men are lying face down. They wear bras and panties bearing the flags of Israel, the United States of America and Germany, considered as “enemies”. A person in civilian clothing holds his nose and uses a stick to lift with disgust the panties bearing the flag of the YPG on the fourth victim. (After all, treating the flags of the United States, Israel or Germany in this way would require more daring!) The licence plate on the “requisitioned vehicle” is also interesting. It reads “FG 1941”. Meaning Fethullah Gülen and his year of birth.

So many designated enemies crammed into a single caricature! The text has the torture victims say with a Kurdish accent: “Hey, commandant, you’ve spoiled the big show haa!”

No matter who the victim may be, torture is a crime. Even the tribunals of the inquisition in the Middle Ages had to “prove” the crime in order to be allowed to torture the accused.

Even in Turkey, torturers in the 90s went to great pains to hide their actions and their faces ; their leaders declaring every revealed case of torture as an “isolated incident” in order to avoid responsibility for the crime. Today’s torturers no longer want their actions to remain hidden. They want their deeds to be known and make every effort to be expended to that aim. Because by torturing, they are attempting to build up public opinion in their favor, dragging the public along toward horror and thus increasing their own numbers.

When torture becomes “advertising material” in a country, this means the society has kneeled before it. And indeed, following the systematic sharing of these images, “underground” organizations have also begun producing this kind of “ad”.

In a short video published recently, we see a man forced to wear a pink skirt and obliged by at least two people from a very specific mafia group to shoot himself in the leg. According to the allegations, this person was a member of the same mafia group. He is said to have “dishonored the bread he ate.”

Several examples exist that show how mafia factions, as they begin to grow, imitate the dignified and hypocritical stance of States. In order to increase their membership, they pretend to show compassion for society and the helpless while forcing their enemies, through horror, to beg for mercy.

When there is no human dignity left, who will vanquish torture?

It is hard to imagine that the mafia groups publishing these videos of torture are not influenced by the systematic publishing on social medias of torture practiced by the State on persons it considers as opponents or threats. Moreover, we must not forget either that the “feminization” of all the tortured ones, almost without exception, encourages and illustrates all at once, the violences against women which have reached terrifying proportions.

The fact of removing their chosen victims from their masculine identity, of “feminizing” them, of “neutralizing” them through humiliations and physical as well as psychological torture, of stripping them of dignity and humanity is a classic of Mafia-like “law”.

What does the law say against this “Mafia law”?
Article 94 of the Turkish Penal Code is crystal clear on this topic:

1.Any public officer who practices on someone acts that are incompatible with human dignity and which inflict physical or mental suffering on the victim, or that affect the person’s ability to perceive or to act in an autonomous manner or that insults them, shall be punished with a prison term of 3 to 12 years.
2- If the offense is committed against: a) a child, a person unable to defend himsef or herself physically or morally or against a pregnant woman b) a public officer or a lawyer in the exercise of his duties, the prison term shall be of 8 to 15 years.
3- If the offenses are committed in the form of sexual abuse, the prison term shall be of 10 to 15 years.
4- Any person participating in the commission of the offense will incur the same sentence as that of the public officer.
• Additional clause added on 11.04.2013 (6459 S.K./9md) For this type of offense, the delay of limitation does not apply.

Accordingly, the current period may lend itself to torture, but there exists no delay of limitation for the crime of torture.

It should also be noted that, where the ban on torture is concerned, the Turkish Penal Code draws no distinction between a “terrorist” a “guilty party” or an “ordinary citizen”, it only uses the term “person”. The person, be it armed or your average citizen”… Any public officer who practices on someone acts that are incompatible with human dignity and which inflict physical or mental suffering on the victim, or that affect the person’s ability to perceive or to act in an autonomous manner or that insults them, shall be punished with a prison term of 3 to 12 years.”

While these laws, resulting from struggles for human rights and which protect human dignity are inscribed in the Turkish Penal Code, those who by their practices transform this Code into a floor mop aim at making human dignity indefensible through the horror generated by their practices. Because they know that, at the end of the horror they generalize by advertising the tortures they perform, when there will no longer be a “person” to defend human dignity, no one will be able to vanquish torture.