Torture is back, and in women’s prisons 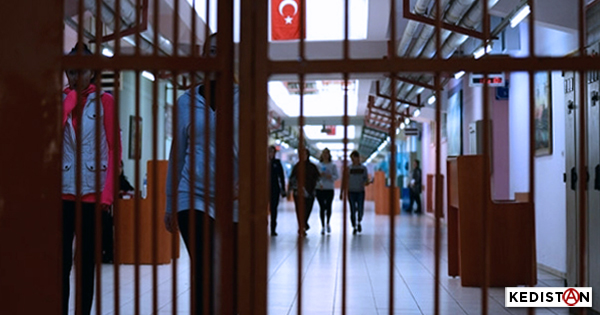 Since mid 2015 conditions have become harsher for political prisoners in Turkey. Repression crossed another threshold following the coup d’état and the state of emergency.

Torture, both physical and moral, has reappeared on a large scale in recent times, notably against women.
As an illustration, here are translations of excerpts from articles published by the JINHA Agency.

Lawyers from the “People’s Bureau of Jurists” (HHB – Halkın Hukuk Bürosu) declared that the women detainees exiled to high security prison No. 9 in Silivri were subjected to torture by the guards. They brought the incident to the Director’s attention. His answer: “Our guards are men, we’re not in charge of that.”

Violation of political prisoners’ rights started again with the state of emergency declared following the attempted coup d’etat on July 15 2016.

Following allegations of torture in Sakran prison in Izmir, the detainees in Silivri declared they had also been tortured by the guards. The HHB confirmed that the women exiled from the Bakirköy prison to Silivri No.9 were also tortured.

According to the HHB’s statement, their client Sevcan Adıguzel was assaulted for having shouted out slogans: “They slammed her head against the wall, our client started to bleed from the nose. They squeezed her breasts. Our client was subjected to torture and harassment. The guards even resorted to needles against our client when those violences occurred in the cell.”

The statement adds that their other client, Kübra Sünnetçi, was also subjected to torture in the same prison.

The HHB lawyers brought the torture to the Director’s attention. He replied: “Tell them not to resist. This is a men’s prison. Our guards are men. We are not responsible for incidents that might happen.”

The statement notes there are witnesses and medical reports confirming the torture practiced in the jail. 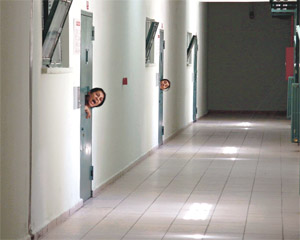 Xece Yaman of TUHAD-FED (Federation for solidarity and union with prisoners’ families) informs that the prisoners are organizing a collective or individual hunger strike against torture and pressure tactics in prisons. Hundreds of prisoners were placed in solitary confinement this year, while others were put in overcrowded cells. The Federation invites to a rising up and mobilization in support for the detainees.

Psychological pressure, torture and isolation have also begun as practices against the prisoners of the PKK and PAJK (Partiya Azadiya Jinên Kurdistan), immediately following the attacks and repression in Turkish Kurdistan since 2015.

In Şırnak, the curfew was reinstated within 24 hours (since March 14). Detainees in T-type prisons in Şırnak launched a hunger strike, either collective or individual, denouncing the practices in the jail.

Xece declared that the prisoners were still being oppressed with arbitrary punishments and ill treatments. The State is increasingly turning against the prisoners using war as an excuse, especially since last year. The slightest demands by the prisoners are viewed as disturbing the penitentiary administration and some prisoners were placed in isolation for a year, an illegal practice.

Xece stressed that the oppression against the PKK and PAJK prisons continued to increase after the July 15 attempted coup: “You would think that the coup wasn’t organized by FETÖ ( Fethullah Gülen Organization) since they’ve increased the pressure on other political prisoners after the attempted coup. Visits and phone calls have been restricted and letters aren’t handed over to several prisoners. Now the political prisoners in several jails have launched a hunger strike in protest. He strike is being carried out in difficult conditions since their state of health worries us. People should understand that we must defend the prisoners.”

You will have noticed that the response from the Silivri prison director reeks of sexism. Excusing torture under the state of emergency by an overflow of testosterone is quite a find. When will we hear excuses for rape?

While a decree led to the release of a number of common prisoners following the coup d’état, the jails were re-occupied by additional political prisoners who were arrested in vast numbers. The democratic opposition and the Kurdish movement are on the front lines, a bargain for the State in the midst of arrests of so-called FETÖists.

There was also a wave of arrests of intellectuals and journalists, followed by party members and elected members of parliament. 180 were arrested in the towns of Turkey and Kurdistan in the past seven days. The majority is from the HDP and DBP (Democratic parties), provincial and district co-presidents. Many of the arrests target the co-presidency system of one man and one woman, which the AKP regime does not tolerate. (The suspension of mayors and co-mayors and their replacement by AKP administrators follows the same logic.)

The fresh upsurge of violence against political prisoners in the jails is not an isolated phenomenon limited to a few guards or local authorities. Even if the State’s administrative functioning has been considerably weakened by the purges, this repressive policy is “justified” by the higher-ups, and validated by the ideology presiding over the state of emergency. “We must subdue the domestic enemy who has placed himself outside the framework of national unity.”

One should not be surprised to see that patriarchy displays its full potential in this context. What is remarkable is these women’s fighting spirit, also doubly repressed in prison.

This reinforces us in the thought we must establish different forms of support, by forming links through the bars in a systematic way, and not only for a few “personalities”, even if this allows us to speak about them all.

This also gives more strength to what we wrote concerning university students and teachers, widening the resistance to all those directly threatened in Turkey. Developing exchanges, invitations, and foster programs should be some of the practical actions in the future.

Finally, concerning the dangers weighing mainly on women (but not only, as the LGBTI could attest to), vigilance is in order so that denunciations of aggressions and sexual violences are immediate and resonate across Europe.

There exists associations, and non-governmental organizations, activists for human rights and unions here in Europe whose duty it is to seize upon these questions.

Political prisoners in Turkey should be a major preoccupation.

Concerning the escalation of violence, notably against women, Read HERE for recent developments and confirmed cases.