Kurdistan • The Dangers of Nationalism 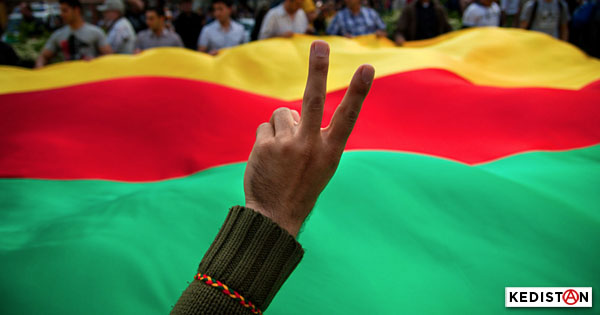 A text by a journalist and surprising traveller, a lover of the Middle East, attentive to the political solutions underway despite recurring wars, and bloody upheavals of decrepit nation-states drawn with rulers and treaties, or violently erected against the mosaics of peoples, their history, religions, cultures and common pasts.

A living present, examined under the light of a fundamental reflection that only reinforces the necessary notion of the democratic confederalism paradigm (English translation to follow) under development in Northern Syria.

Of the dangers of nationalism, even when it is Kurdish…

Did Iraki Kurdistan barely escape the drama of independence?

We could almost put the question seriously so problematic had this projected Kurdish scission become in so many of its aspects. It is disconcerting to see how the march toward that end had become incarnate in the sole person of Massud Barzani to the detriment of healthy political institutions and representatives.

Indeed, this public consultation was not initiated following a parliamentary debate and a vote by deputies as provided for by the country’s legislation, but following the personal injunction of a leader with no legal mandate within the government he has run for four years. This reality is largely ignored over by international medias as well as within Iraki Kurdistan itself. One need only spend a few days in Bashur, in Iraki Kurdistan, to realize how this preoccupation is not a superfluous one.   The banners in Barzani’s effigy are omnipresent in the territory controlled by his Party’s militia. The cult of personality surrounding Middle Eastern men in power is certainly omnipresent. However, it raises a problem once the personality in question confuses his person with the institutions he is supposed to manage and when he intends to legitimize his authoritarian and arbitrary decisions by holding his people hostage over a question as compelling as an hypothetical independence.

For a long time, the aspiration to statehood has come to embody the panacea, the ultimate salvation to the ills suffered by the Kurds, the great forgotten ones in the haggling carried out by the powers reconfiguring regional frontiers during the previous century. The Lausanne Treaty was an affront and a nameless curse for this people which aspired to  its place in this new order governed by a simple principle: one nation = one state. Not only did this rule not apply to the Kurds but it would probably not have resolved the dispute it would have created by the same token. The fact is that until the end of the Ottoman Empire, peoples and religious minorities lived inextricably interwoven with each other. Governed by an entity that overlooked national characteristics, they did not enter into opposition with one another, as was the case later.

The Nation-State, a political model initiated in Europe by the Treaties of Westphalia in 1648, reshaped the continental map by redefining relationships among the States while respecting the sovereignty of each. The supremacy of the Nation-State, that took greater importance in the 19th century and triumphed over multi-ethnic empires at the end of World War I, had already demonstrated the deadliest impulses imaginable  it could generate. The aftershocks followed in the Middle East (Turkey and Israel, to mention only the most aggressive) and in the rest of the world (Rwanda, Indonesia, India/Pakistan, Ex-Yugoslavia…) up until today (Myanmar and its Rohingyas).

Did the Kurds escape finding themselves on the wrong side of history because they were the victims rather than the instigators of the injustice, as it might have been the case, had they taken their place in the concert of Nation-States?

Would they also have ended up marginalizing other minority groups who would then have found themselves against their wishes within the territory of a Kurdish Nation-State? Everything would then have depended also on the behavior of the leadership, on the solidity and transparency of the local institutions. Barzani had announced that the minorities in the notorious contested territories, the bone of contention between Baghdad and Erbil, would be “welcome guests” in the Kurdish entity, immediately reducing them to the rank of second-class citizens behind the Kurdish element incarnating the people par excellence of the new Nation-State. Should they settle for this half-measure which is not without recalling the status of dhimmis the Caliphate used to ascribe to its subjects in the past?

Nationalism produces smokescreens at many levels. Playing on the sentimentality of the masses, it evades the complexity of human relationships, the heterogeneity of social bodies, the necessity mankind has of spreading ideas and cultures rather than freezing them and binding them in outdated straightjackets, of idealizing a History in which it is just as wrongly assumed that the ancestors lived sealed off in mountainous self-sufficiency.

In assuming a social and political body where one community is largely in the majority and dominant, nationalism denies minority groups the possibility of existing as other than minorities. More seriously, it makes of those, generally on the frontiers, a common enemy to be opposed and dominated by the same token. Domestic minorities identifed with those outside groups are then singled out as fifth columns and considered traitors by definition.

How then could one have resolved the dilemna of Arab and Turkmen populations in Kirkuk? There are no solutions to this in nationalism.

Other minorities located in these disputed territories and who were subjected to the administration of the Kurdistan Regional Government (KRG) since 2014 breathed a huge sigh of relief when Iraki forces disloged the peshmergas from their lands. Why? Because the Kurdish forces behaved like colonizers for whom only one thing mattered: incorporating these territories in their projected State insofar as they contained a sufficient critical mass of Kurds and of minorities they could co-opt. The others then became a problem to be resolved through intimidation or coercion. The KRG proto-State had already demonstrated its drift toward a repressive machinery. It intended to modulate society to serve its vain and alienating ambitions.

Barzani, vainglorious par excellence, confused the KRG with his own person for too long, probably encouraged in this assumption by overly-obsequious advisors such as BHL. The most fervent worshipers of this idol did not hide their love and devotion for the leader maximo just fallen from the throne on which they had raised him. There were many expressing their rage as night fell on the streets of Erbil, Dohuk, Zakho, honking their horns in unison, shooting off salves from their kalachnikovs. For these masses suddenly turned turbulent, Barzani’s resignation was experienced like a castration. On the night of the parliamentary session where Barzani threw in the towel, they gathered in droves at the doors of the Kurdish parliament, weapons drawn, ready to lynch deputies of the other Parties, accused of every ill. They did not hesitate in attacking the journalists on the premises – not those representing the agencies of Barzani’s clan, those who spent days rehashing the most sordid fabrications concerning the fate awaiting the Kurds of Kirkuk with the advancing Chiite troops thirsting for blood, those who ignited minds ensnared by the thought of taking their place in a Kurdish State. In KDP bastions, fanatics attacked and burned down the premises of rival parties, accused by the crowd of sabotage of the old dream and on the plan meticulously put in place by Barzani to lead the Kurds to the cherished independence. Their idol being infallible by nature, it was inconcevable for these night avengers that he be the slightest bit responsible for the catastrophy they are living today. Henceforth, there are only two camps, that of the King’s faithful brought to his knees, and that of the traitors to the nation.

And yet, everything had been well packaged.

A referendum with a simple question: Yes or No, are you for Kurdistan’s independence from Irak? The question touched on a raw nerve. “No Kurd can anwer by the negative to this question and not feel sick thereafter for the rest of his days,” a Kurdish friend once said to me. In fact, the stakes go way beyond the dialectic of the yes or the no offered by the urn.

What institutions for Kurdistan? What about corruption and the economy in tatters in Iraki Kurdistan, what about inclusiveness for minorities? Must one wait for independence in order to re-establish a democracy scorned for almost four years now by a clan of prevaricators?

Nationalism cannot make right all these questions. This rigid project, filled with misrepresentations leaves not room for debate or the search for consensus and negotiation with other parts of Irak looking on from afar, still stunned by the barbarity of the Islamic State and who see the Kurdish House as moving toward a non-amicable divorce that is more of the order of a repudiation after having put all the common belongings in the trunk of the car. Is there any reason to be surprised by the violence of the reaction in Baghdad?

Nationalism is an opium that clouds the most sensible of minds and turns them over to the addiction of violence by making them strive for artificial paradises. At the doors of a new century, it is time to turn the page on this dead end street.

All peoples should know that the discourse the Nation-State sells them about their story is nothing but a pack of lies. Thus, no one is ignorant of the fact that these same Kurds have elaborated another alternative to such chimera disguised as a muse gnawing at the Middle East. A societal model that is truly inclusive, participatory, that does not weigh down the individual under a leaden mantle of power, that doesn’t wrap him in unrealistic promises but that raises him up, as best it can, to the responsibilities of the human condition, and which attempts to revolutionize, once and for all, the madness that has forever gangrened the world.

It would be life-saving for these new alternatives (English translation to follow) to unfold also in Iraki Kurdistan, and even beyond. 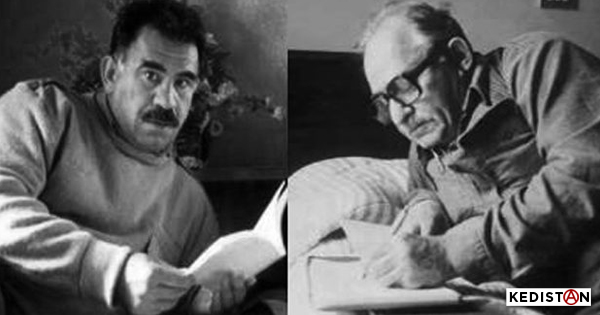