Kurdistan • A referendum, what for ? 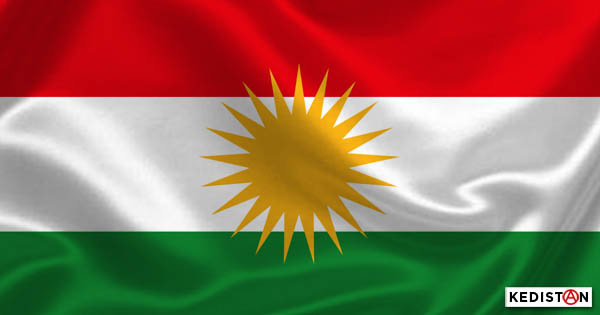 Erdoğan’s opposition to the “independence referendum” proposed by Barzani in Iraki Kurdistan met with the assent of a quasi majority of States, with the exception of Israel.
The French President himself spoke on the subject and refuted the Kurds’ right to vote on self-determination in the context of regional war, inciting them to “reinforce the Iraki State and its democratic institutions.”

Erdoğan was not content with warning Iraki Kurdish leaders over “the responsibilities they would take on in destabilizing existing cordial relations”. Since then, he has ostensibly massed Turkish military armoured cars on the Iraki border in the past few days.

The Turkish press at the boot of the AKP has begun denouncing the referendum with appropriate headlines and adding weight to the “big bad eyes” operation instigated by the regime. “The intervention is ready if the Iraki Kurds dare” they clamor, in brief. To the sound of the clicking of tank turrets.

Disagreement exists within Iraki Kurdistan, opposing the two metropolis of Erbil and Souleimanyeh, the second not being totally pro-Barzani. The principal argument of opponents to the referendum is that the “country’s structures”, meaning those of the “future State” do not exist yet in matters of economic and administrative management and that there are obvious territorial disparities. In passing, they denounce the absence of a democratic functioning, power being “concentrated in the hands of one man, his political clan and his Party”, and the leader of the provisional autonomous government has for a long time refused to hold a popular vote .
Part of the Turkmen population living in this territory actively opposes the the independence project, with Turkish support. The Turkmen and the Arabs refuse the inclusion of Kirkuk and other contested regions in the referendum, supported in this by Erdogan of course. The Yazidi will be the last to be consulted…

As a reminder, it was Great-Britain, almost a century ago, who presided over the creation of the nation-state called Irak, and still feels a diplomatic obligation to get involved. During a recent meeting, the British warned against “dislocation”. This would be laughable were it not for the remains of the Islamic State, the disputes with non-Kurdish populations that were displaced or disseminated, the religious instrumentalization of the Sunni/Shiite schism and corresponding regional alliances, as well as the presence of the great blocks. No doubt that in their view, the “war against Saddam”, did not “dislocate” anything.

The Iraki nation-state is in total crisis, as are Syria and Turkey, despite the show of force of their repressive regimes, with nothing but dictatorial power to offer, and the addition of a domestic war to boot.

And in this context, the Iraki Kurdish leader Barzani proposes a referendum on independence…

In other words, the creation of a Kurdish nation-state, resting on the international rule acknowledging the right to “self-determination”. All amid the applause from a good part of the Kurdish diaspora, the “why not” questions, and the classical confusion between “People”, “State”, “Nation” as a backdrop.

This debate on the political future of the Kurdish movement, quite rightly settled by Öcalan’s critical evolutions, and the proposals for democratic confederalism (English translation to follow), had become the prevailing guiding line among Kurds in the ongoing experiment in Northern Syria where Barzani was considered a “collaborator” with the Erdogan regime.

Or so we thought. We now see it is not so.

As a leader, Barzani defends the interests of a new Kurdish dominant class, linked to provisional future oil benefits, and already enriched by the good terms under which it does business with neighboring Turkey. If Barzani appears to be in opposition with Turkey’s AKP regime and with Erdoğan, it is precisely because a certain allegiance in these peaceful “good terms” weighs heavily on the relationship, and being freed from it under the protective mask of an international fight against ISIS, with a relative diplomatic isolation of Erdoğan, would prove beneficial.
He has clearly miscalculated the regional balance of power and the potential “laissez faire” of the imperalistic powers for whom a Kurdish nation-state could still prove interesting in the future, but who remain diplomatically tied to the existing structure, given the ongoing war. The great table for the sharing of spoils isn’t for the immediate future.

One can safely say that the creation of an additional nation-state, be it a Kurdish one, would deepen the existing crises rather than lead to its resolution.

In this war context, division meant to favor the interest of its dominant class and consolidate its power will turn against those within the Kurdish movement who are the bearers of confederalist and communalist solutions. Conflict between the Kurds in Erbil and political forces close to the PKK in Iraki Kurdistan would then become an open one. This would bring great satisfaction to Erdoğan who has been vituperating from a distance and in a void.

By massing troops and tanks on the border, Erdoğan flexes his muscles for the domestic crowd, drawing a blanket over his “peaceful” collaboration with Barzani for the sake of the more nationalistic among them. But he also readies for all eventualities in forthcoming events, be it in Turkish Kurdistan or in the case of an open conflict with PKK positions Erbil might intend to “reduce”.

I think it is useless to specify that Rojava (English translation to follow) and its process of building a democratic confederalism (English translation to follow) would be the first victim of these regional re-arrangements, especially since the “allies” are anxious over the post-Raqqa future, and that the ardor of the Bachar regime is encouraged more than ever by Russia and the regional stakeholders.

Playing the winning referendum card in this context where all the economical, political, military and religious conflicts find no other outlet than a war of international interests between the imperialisms, and where the cannon fodder is provided locally, adds an additional unpinned grenade.

No one has the slightest right of opposition against the demands for self-determination of a people. Still, this self-determination should not be decided by a handful of privileged ones positing an enlightened liberalism to their own advantage, claiming their share among the nation-states of the former Ottman empire on the premise that the Kurds were “spoliated and forgotten.”

My intention here is not to analyse the political positionings of the one or the other on the topic of “independence”, nor do I intend an “objective” listing of those positions. Given a dispute over a century old, once let out, the word “independence” obviously unites many former opponents, in a mix combining staunch nationalists and recurring victims, exhausted by their own suffering.

And the leader Barzani plays on this, calling on the martyrs in his speeches, as if his ruling class didn’t behave like a bourgeoisie sending its troops off to combat.
It is more than obvious that the Kurdish nationalist sentiment, repressed in blood for a century in its most recent history, is closely tied to a somewhat nationalistic striving for identity. But when we look at the nationalistic excesses that have followed over a century the creation of nation-states in the region, (the strong or oligarchical powers with the military might that maintained them, the single Party regimes, and the cascading wars and armed struggles, as exemplified by the murderous notion of Turkicity), one can only support and repeat the political positioning of forces within the Kurdish movement favorable to democratic confederalism and communalist experiments (English translation to follow) in this part of Mesopotamia and the Middle East.

National leftist movements in Europe, moulded on the concept of the nation-state, were beginning to pay attention to Kurdish solutions through the prism of Rojava. Under the push of populism, ongoing national tendencies towards turning inward in different European states certainly did not favor this interest. The Kurdish disaspora, often linked to the left – sometimes intimately – were already deeply influenced, even in contradiction with the critical evolutions within the PKK.
By opening the floodgates on every opportunistic position, this referendum project won’t help matters either.

It is not unusual these days in articles, chronicles or on social medias to see “personalities” in the diaspora developing, in opposition to their previous stance, a position of “better a Kurdish State than nothing at all”. Inevitably in such a context, every form of opportunism follows in their footsteps.

I am not Kurdish, I am only a chronicler on Kedistan whose only legitimacy is that of “friend of the Kurds” with which to express my opinion… And that opinion is not even mine. It is one forged through the struggles called «national liberation”. To simplify : contrary to their stated objectives, in the second half of the Twentieth century, they saw counter-revolutions win out in all those alliances against nature between nationalisms and the basic will expressed for popular sovereignty.

But I don’t consider myself as “ethnic French” either, or even simply French. What I express and develop here is an anti-nationalist point of view, considering that historical opportunities when they yield to superior imperialistic interests, often lead to the creation of nation-states which have, over the long term, demonstrated their warring and massacring toxicity, sometimes to the point of genocide. Historically, capitalism has always attempted to stifle, bind and crush emancipation movements contesting it and calling for a future common to all, outside a venomous nationalism. And sometimes, such as in Spain, reformist or stalinist “leftists” helped with the dirty work.

A striving for independence that does not go beyond its own wishes can only head straight into a wall of national souvereignism in a global environment devoid of any conscience concerning the environmental stakes precipitated by predatory capitalism.

Inversely, no survival guarantee exists for Rojava either.

But, because of impatience and opportunism, to fall back on solutions that have demonstrated their historical failure, and will quickly become sources of new conflicts of interest, can only set back the Kurdish movement as a whole and, even in Turkey, serve as a justification for new internal wars, without mentioning the already recurring consequences on the Iranian side.

The UN Security Council, signing off on the issue, declared itself opposed to the organization of the referendum, which could provide “international legitimacy” to blackmail exerted against all Kurds, and even legitimize Erdogan’s power play. He also expressed himself in favor of the “opening of negotiations” which would undoubtedly be conducted on the back of the Northern Confederation of Syria.

A number of articles in French have appeared on the topic these days. I mention only three of them here, partially contradictory with one another.