The Turkish State and Patriarchy • A Gender-Based Civil War 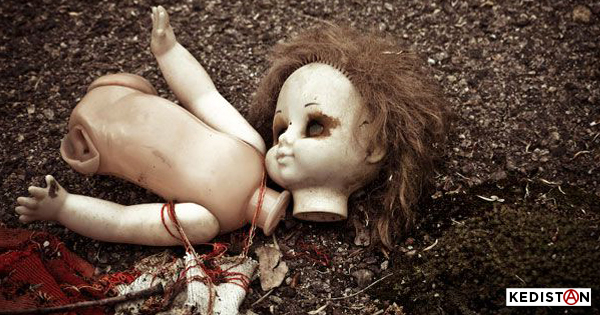 A reflection, begun and worth pursuing in depth. One that examines the struggle of women against the Turkish state in terms of a struggle against power, violence and war.

Raised to the level of State power, the “ethnic civil war » of which the author speaks is nothing other than the armed extension of mandatory Turkicity. And when this Turkicity is imposed by violence and by war, with the torturers offered State impunity for their methods, where is the surprise if violence is legitimized in the social sphere, adding an extra layer to endemic patriarchal violence…

We are lucky. If the provocations aimed at lighting the torch of an ethnic civil war are absorbed by « democratic black holes » and thus invalidated, we are lucky.

Apparently, the polarized parties fear civil war more than they are afraid of each other. Let’s hope that fear remains as a guardrail. For, should the fears the parties have built up over one another stop overriding the fear of civil war, then dangers of bellicism, of social conflicts and of civil war will become unavoidable.

But the fact of not “moving on” to an ethnic civil war does not mean another kind of civil war isn’t going on. In Turkey, overshadowed by the war against the Kurdish movement, there is another war. In this one, there are not two protagonists. It is a unilateral war of occupation, decimation and massacre. Its authors are members of a criminal network who wear the masks of husbands, lovers, brothers, members of the patriarchy.

We can name what we are witnessing “a gender decimation”, further, we can even call it a generalized gender-based civil war. Because the terrible generalized aggression to which women are subjected in all aspects of life no longer fits under the term of “violence aimed at women”.

No matter who they may be, of a secular tradition or of a conservative one, poor or rich, educated or not, workers or unemployed, rural or city-dwelling, all women perceived as weak are under heavy attack by men. Around them, there are also children, and animals, against whom men can claim the upper hand, and even against plants and objects.

Violence, torture, or a judiciary system tilted against the victim don’t only cause victims, they also poison the society witnessing the exactions. In a society where “ethnic polarization” is dominant, even if fears keep all-out war from erupting, this does not stop the alteration in a society where aggressiveness of another type finds expression in the desire to punish, to crush, to destroy.

Most of the time, small powerholders take their cue from the higher authority. Man can feed his knowledge of oppression at the source of the State’s practices, in matters of oppression not limited by legitimate mechanisms of legitimacy, or having shed those mecanisms. Consequently, male aggressiveness is linked to political power. It is political, both directly and indirectly.

When a State does not produce mechanisms to limit and rein in the most powerful, including itself, or when it liquidates those mechanisms, it transforms itself into a machine of limitless and unfettered violence, opening the way to the same kind of limitless and unfettered violence in the power realms of the smaller ones of its type. This is how wars based on “the law of the strongest” begin.

In “civilized” administrations, aggressiveness is limited and subject to a certain “Law”. But if, for example, a State’s armed forces, with no fear of judgment and under no judiciary constraint, practice torture and publish the photos on social networks in all impunity, this may reflect on society in terms of collective aggressiveness against women, and even war.

According to the theory, society gives the State “monopoly over legitimate violence”. However, if the State starts using this monopoly in an illegitimate way, it will meet either collective opposition of the society or approval and acceptance in parts of it, and progressive participation in the violence will render it long-lasting.

When stating that the AKP, in order to maintain its power, makes aliances with various brotherhoods and sources of power, we often lose sight of those it chooses as its main ally : men.

Assassinations of women are political.
“love” kills 3 women every day.

Man does to woman what the State does to its opponent

Erdoğan, who organized a meeting with the Prefects on October 12, had an easy time of it with his declaration about Hakan D. who attacked a woman – veiled – he had met on his way : “Must I take note of a slackening in the security forces, or a breaching of the limits, the increase in faithless killers is unbearable. This one shoulders women in the streets, then it moves on to kicking and punching. I cannot stomach this kind of immoral and contemptible person being part of society.” (Article in Turkish)

Yet, if torture is practice by the armed forces, considered legitimate and goes unpunished, and if there exists no strong social opposition to it, the sources of power in the society (man, husband, lover, brother, father, teacher, boss, chief, etc) harmonize with this approach.

Why then shouldn’t torture – which is not considered a crime for the State – not also be practiced by the husband against his wife, by humans against animals, by the boss against his workers, parents against their children, the teacher against his pupil, the commander against his subordinate ? In these times when the torturer celebrates his work with victorious cries, where what the Law says is not applied, why should a woman’s assassin deprive himself of the pleasure of smiling poses before the camera? The fact that the majority of women’s assassins or attackers do not show the slightest expression of fear or remorse stems from their conviction they are legitimized in their acts and the knowledge they are not without allies. In the end, man crushes woman the same way the powerful crush an opponent. To reach this conclusion, one need only look at the violent methods used by men.

Of course women face intense masculine violence everywhere, including in “democratic” countries where torture is an isolated phenomenon. The history of patriarchy is also the history of masculine aggressiveness. But the nature and scope of anti-woman violence in Turkey goes beyond “ordinary” aggressiveness. What would the situation be without the current political climate?

What purpose does it serve, not giving the name of war to this violence against women? If not to trivialize a grave assault, and to close our eyes on the Power’s tendencies, thus absolving it.