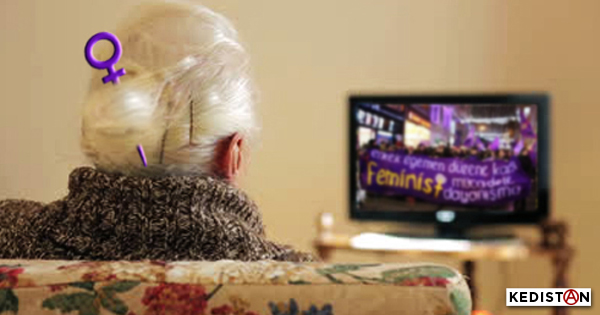 Today is March the 8th.

I’m tired of bear­ing this anger in my heart. I’m old, an antiq­ui­ty good for the muse­um. My voice doesn’t car­ry very far. But I see how women try to sur­vive on a dai­ly basis, how they orga­nize and how they fight to change things. Just watch­ing them tires me out.

But they are right. If we want to change things, we mustn’t give up. A dif­fer­ent world is pos­si­ble, no, it’s necessary!

And I believe with all of my tired heart that the change will come, borne in great part on women’s shoulders. 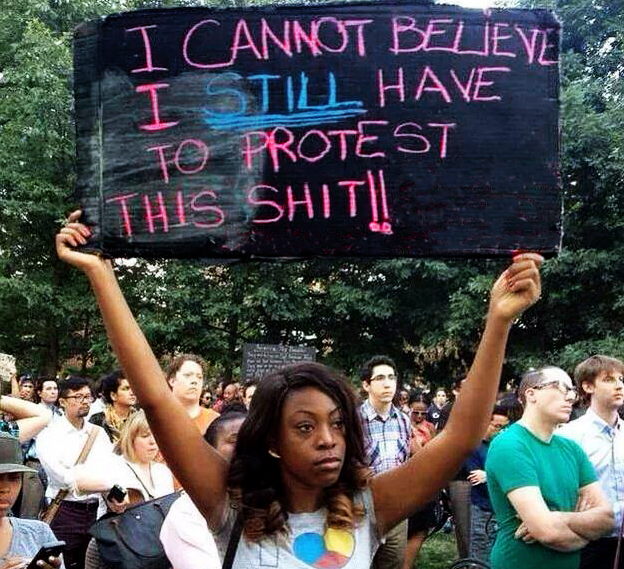 “I can­not believe I still have to protest this shit !!”
…

You know, Özgecan’s assas­si­na­tion set off a lot of reac­tions. Some said we should mark down the date of her death as the first day of Year Zero, and that this kind of thing had to stop now. Well, I read that ten oth­er women have been assas­si­nat­ed since. Some Year Zero! Things don’t go through rad­i­cal change just like that, from one day to the next…

Today is March 8th. Women go down in the street, they speak, they yell, they holler. The cam­eras zoom in on them, the mikes record their words, they are cen­ter stage in the news.

In one way, I’m glad to see that women take things in hand. In anoth­er, I tell myself the March 8th cel­e­bra­tion is a bit like a duty. Tonight, the duty will have been accomplished. 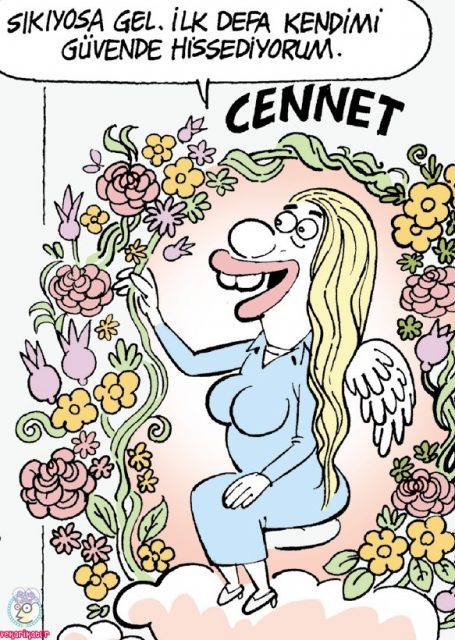 PARADISE
“Come on over if you can ! This is the first time I’ve felt safe.”

There will be anoth­er mur­der, then anoth­er… Rapes, abuse, threats…

For all I know there are already vic­tims on this day of March the 8th.

This cor­rod­ing sap flows through the tree all the way to the tini­est bud­ding leaves and tar­nish­es them as soon as they open.

I don’t read the arti­cles that talk about vio­lence inflict­ed on women. I admit it, I don’t read them any­more. There are so many! Every day, they show up. Not one, sev­er­al, on the front page, in the local news, in the fillers…

Today, I couldn’t avoid the arti­cle con­cern­ing a young stu­dent from Adana. She was filmed by her boyfriend while mak­ing love with him. After becom­ing his ex, the schmuck (excuse me), threat­en­ing to put the film on Inter­net, forced her to sleep with his bud­dies. Ten men put this young girl through the hell of rape for a year. The coun­sel­lor in her school helped her con­fide and the fam­i­ly lodged a com­plaint. Some of the rapists were iden­ti­fied and arrested.

And there you have it, while stir­ring the sug­ar in my tea this morn­ing, I see the pho­to of those crim­i­nals, set free after their cus­tody: large man­ly smiles, proud of their exploits, with­out an ounce of shame! 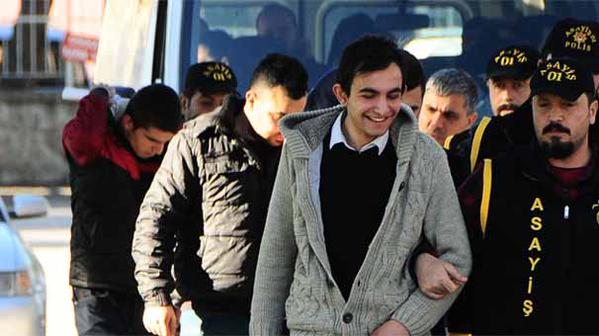 Because they don’t feel “taint­ed”. As long as this soci­ety won’t change its way of think­ing, hasn’t set its judg­ment in order, the rape vic­tim will con­tin­ue to be the one con­sid­ered as “taint­ed”.

In the mean­time, we can cel­e­brate any num­ber of March the 8ths.

Any­way… What­ev­er you do, don’t pay atten­tion to my lows, to my moments of despair. I, the dean, I’m tran­si­to­ry, but I look at you and I love you. There isn’t only vio­lence to fight against, but also the scorned rights, the lib­er­ties put into cages… You have so much to do!

Go on spread­ing ideas like white peb­bles, even tiny ones. Stand shoul­der to shoul­der, in sol­i­dar­i­ty with oth­er women, with fem­i­nist men, with men who respect humans, no mat­ter what their gen­der. Don’t let this world become even more rot­ten than it is already. You can change the course of events on this plan­et where you live and will con­tin­ue to live.

PS : As a gift, one of the coolest pho­tos I saw today, that of anoth­er mamie:
“We’ll make a point of wear­ing min­is on purpose !” 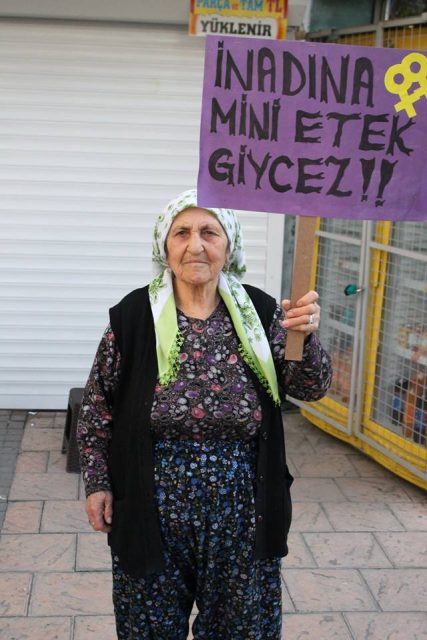