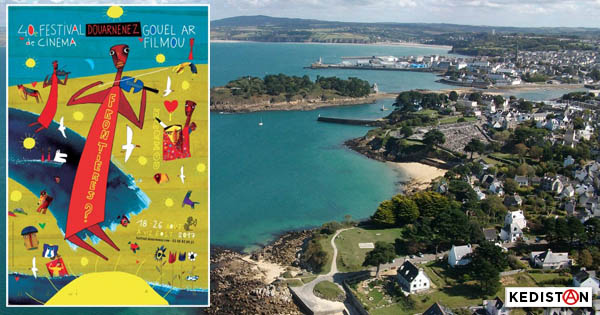 The Douarnenez Film Festival is a great and ongoing adventure since 1978. Every year the festival explores a different destination through film, music, conferences and extends a hearty invitation to meet cultures, stories, artistic creations and struggles of peoples across the world.

A Film Festival, yes, but don’t be fooled, that’s not all there is to it! 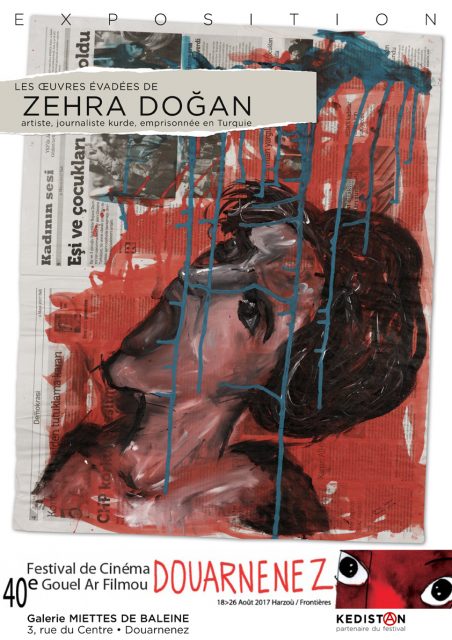 There is a selection of films and a festival dedicated to children with special activities around meetings with the invited peoples.

There are also photographic and multi-disciplinary exhibitions, an experimental images fair, a listening dome for radio programs, concerts, a closing evening event, a dedicated bookstore and a writing workshop.

You will meet and share with guests and festival goers from the area and elsewhere around the big top in the festive and friendly temporary village, in the Festival’s bars and organic food restaurants.

Here is the Festival’s presentation of its 40th anniversary edition:

“For its 40th édition, the Douarnenez Film Festival chose a theme that has run through several of its previous editions and that is at the core of our current préoccupations – the questioning of the notion of borders.

Our intention is to look at a frontier not as an arbitrary cut-off point or a dividing barrier but as a zone for exchanges, a place to occupy as a common territory. At least for a time, that of the festival and the possibilities discussed and/or dreamed of here in Douarnenez.”

Kedistan will be at the Festival again this year. This time, the kedi are bringing with them “the escaped works” of the Kurdish journalist and artist Zehra Doğan who is currently in prison. Zehra was a guest at last year’s festival. She had already been arrested once and the arrest had kept her from attending. She was guest of honor in absentia.

A sélection of 22 or her works will be on exhibition in the“Miettes de Baleine” gallery, prior to a full exhibition of some sixty of her works that will tour several towns in France and in Europe. A book with some of her writings and over sixty of her pictoral works, paintings and drawings will be published under the title “Les yeux grands ouverts“ (Eyes Wide Open), with advance availability at the Festival.

Discover Zehra’s work and come meet us by the same token.

We will be there also at the debates, talks, screenings and shows…
So don’t hesitate to tap us on the shoulder !