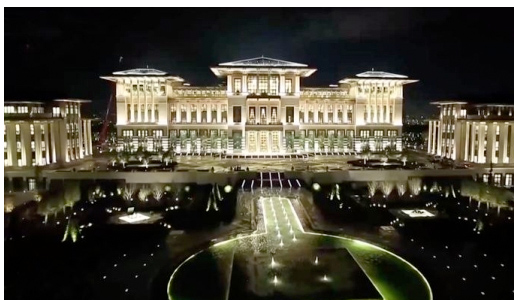 In a parliamentary commission, the vice-president of the People’s Republican Party, Sezgin Tanrıkulu, submitted one thousand questions to Prime Minister Davutoğlu concerning detail of the way costs were calculated for the new palace and the presidential plane.

Sezgin Tanrıkulu mentionned the declaration of the Finance ministry according to which the palace and the plane had cost, respectively, 1,37 billion lira and 185 million lira.

The question also dealt with the serious problems in Turkey pertaining to lodging, education, water installations and the prevention of violence against women. Here are a few of these questions:

*In a country where 40-day old infants die of pneumonia because of housing problems, could we not have built 20 000 homes at a cost of 60 000 lira each for people with low revenues?

*Would it not have been more advisable to build 120 student residences at a cost of 15 million each, for 60 000 students?

*In a country where 639 villages have no water supply, could we not have created some there?

*Could we not have bought 36 Canadairs at an average cost of 25 million lira each? (Note: every summer, forest fires are a recurring problem in Turkey.)

*Would we not have spent 1,8 billion lira for the resolution of violence against women, child marriages and women’s unemployment?

*Could we not have launghed 13 satellites for a cost of 140 million lira each?

Sezgin Tanrıkulu also asked what was the true cost of the new presidential palace, the monthly expenditure on electricity, and the cost of imported materials for its interior design.